You Know The Situation

You Know The Situation

In case you’ve been under a rock since last Monday, Neema Joorabachi’s Til It’s Gone video is online in full.

“Oh, I definitely wasn’t cool enough for Zoo York back then. I was just some weirdo out on Long Island.” Long Islander, Frank Gerwer, is the latest to get Chromeballed. Frank’s Number Nine part from 1995 is a great lil’ time capsule.

Jenn Soto and Mariah Duran share the screen in a Hi-8 trip to New York edit for Mess Skate Mag.

You know the situation… the dead of winter = phone dumps and comps. Let’s goooooo.

Anthony Van Engelen’s critically-acclaimed iPhone video dump got uploaded onto YouTube in case you weren’t trying to watch it in the IG player ;)

The Canal crew has a new iPhone edit out called “Misc. Moments.”

It stands to perfect reason that the skaters sponsored by the Arizona Iced Tea Company would be the ones to normalize hucking down the ginormous wooden four-block in Domino Park.

Theories has an interview with Jesse Braun about Cleveland skateboarding and the making of his new video, Due$ Paid.

Jahmal Williams visits Daptone Records headquarters in this short by Hopps and Theories.

Cramped spaces and neon night footy, Japanese skate videos continue to look unlike anything else: “York” by Plant Grip.

“WHAT?? There’s no fuckin’ monsters in this??” Thoroughly enjoyed NY Mag‘s round-up of memories in the eulogy for the Regal Court Street UA theater in Downtown Brooklyn, a place where you could be treated to public vomiting and a fight in a theater only a quarter of the way full — an experience your streaming service could never provide. 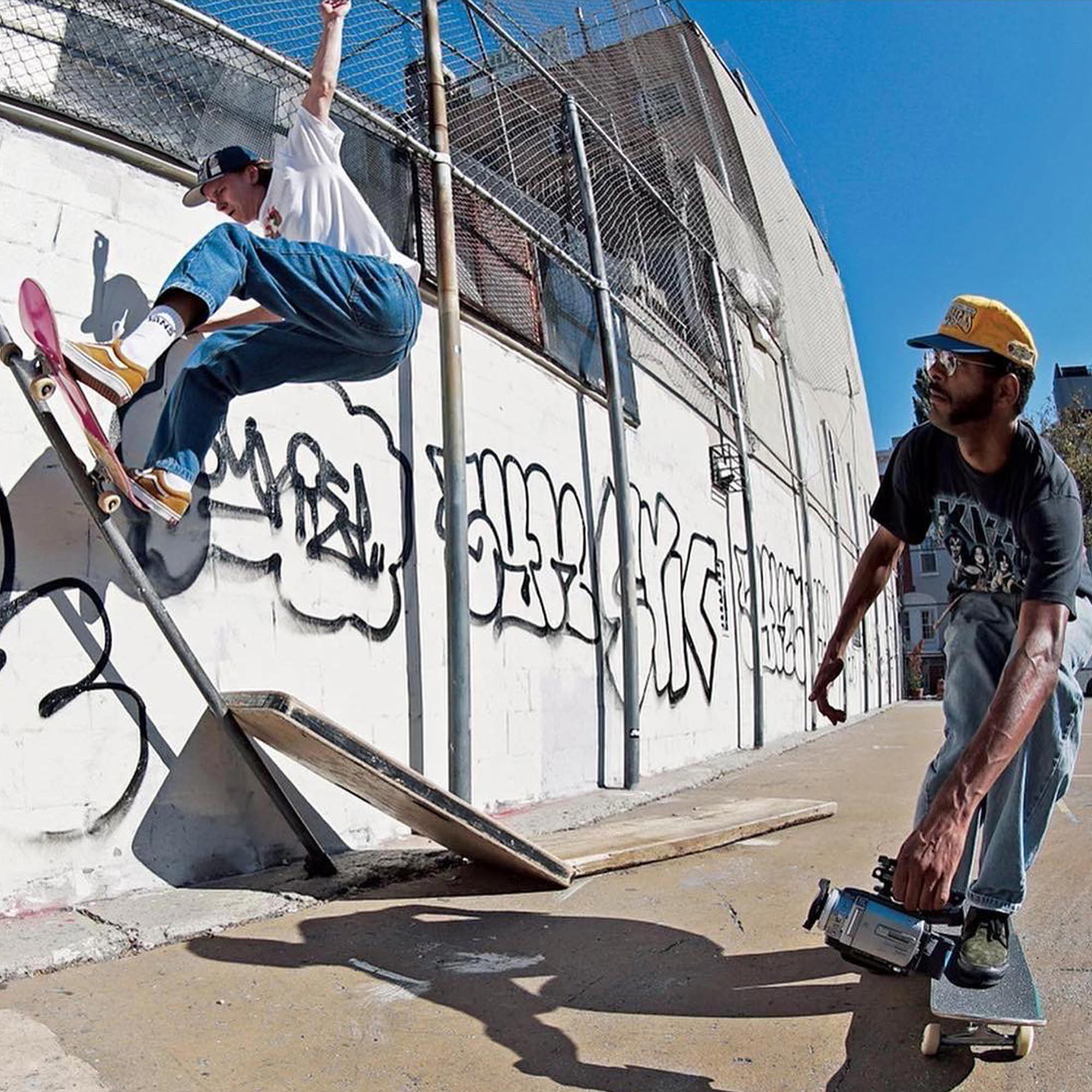