Yoshio Kinoshita of Japan is not letting his age stop him from learning new tricks on a skateboard.

Almost every morning, the 81-year-old Kinoshita rides at his local skate park in the city of Osaka. He gets helpful information on how to improve from skateboarders who are many years younger than he is.

"They are all my teachers," said Kinoshita.

"At first I was holding on to the railing," he said. But he soon learned to make a 180-degree turn and other tricks.

Before he retired, Kinoshita worked in the building industry. He still works part-time as an attendant in a bicycle parking area.

Kinoshita began skateboarding only two years ago. He bought a board he saw at a market selling unclaimed goods left on the railway.

The decision to buy a skateboard changed Kinoshita’s life.

Japan has the most aged people in the world. More than 35 percent of its population is expected to be 65 or over by the year 2050. Kinoshita told the Reuters news agency that he thinks skateboarding can help prevent mental decline.

"It's a sport with a sense of tension," he said. "Rather than zoning out, I think skateboarding improves the ability to think even just by a little bit."

Kinoshita added, "For (old) people like me who try to learn new things, if we don't practice it little by little every day, we will forget how to do it immediately. That's why I think I have to (come here) and practice every day."

Kinoshita has two children and two grandchildren. He said he watched in wonder at the skateboarders who competed in the recent Tokyo Olympics. All three medalists in the women's street skateboarding competition at the Games were between the ages of 13 and 19. That includes Japan’s own gold medalist, 13-year-old Momiji Nishiya.

"They are really incredible," said Kinoshita. He added, "To be honest, I can't beat those 5-year-old, 4-year-old or 3-year-old kids. That's for sure." 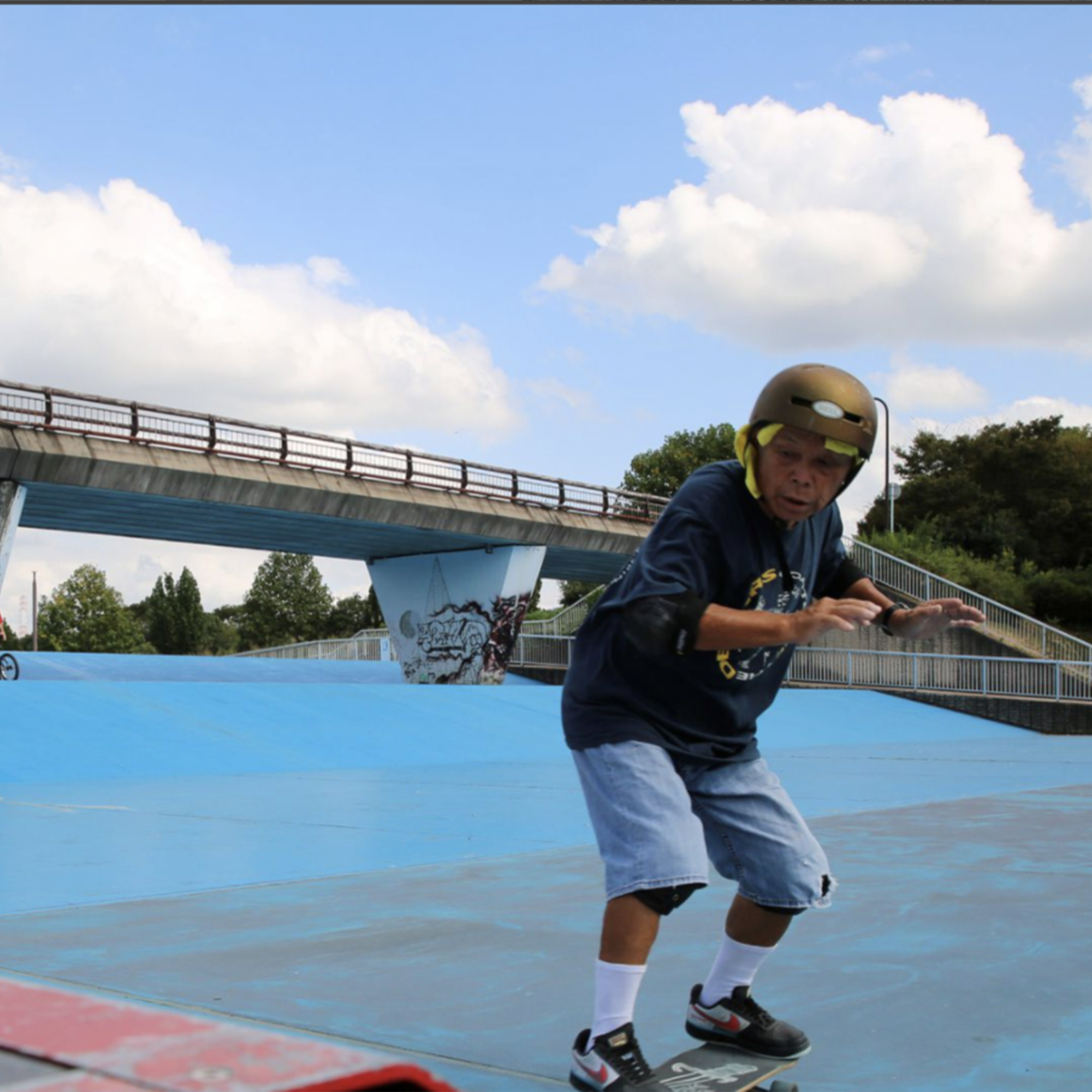