Why Is Skateboarding So Popular? A New Golden Age

Why Is Skateboarding So Popular? A New Golden Age

It is pretty strange when you think about it. How more than 80 million people love spending time riding a piece of wood with 4 wheels attached to it. Yet, there was a time where there weren’t this many skaters around. Since its creation, skateboard popularity went through many ups and downs.

So how exactly, and why has skateboarding become so popular?

First of all, it had to be said, skateboarding looks cool. It is also fairly cheap to pick up. Especially when you compare it with other extreme sports like BMX, Dirt biking, or Snowboarding.

Skateboarding was already on the rise and would spike when the 2020 Olympic games were due. However, its recent spike in popularity has to do with the pandemic, skateboarding popularity skyrocketed the moment we went into lock-down.

Old skaters suddenly got back into the sport and kids dropped their scooters. We truly are experiencing a boom, and suppliers can’t handle the demand. It’s a great time to be skating (2020), never have I personally experienced such recognition of the sport. Skateboarding is in ads, movies, app, games, it’s everywhere. And most importantly, it’s cool again!

The Change in Mentalities

In the mind of most people, skateboarding always represented some kind of rebellious act. Until very recently, skaters were mostly viewed as outcasts or some kind of anarchists. Punks destroying public property while drinking beers and smoking cigarettes.

However, in the last 5 to 10 years, the general population seems to have become more accepting of skateboarders. Cities started to build skateparks to occupy the youth. Some even dedicated spots to skaters. For instance, the famous street plaza “Hotel de Ville” in Lyon, France, has been renovated for skaters and passersby to cohabitate.

Besides, Skateboarding will be an Olympic Sport in the 2021 Tokyo Summer Olympics. Meaning it might gain even more recognition and esteem by the overall population. Your grandad might watch it and become a skate-head himself. Who knows?

This also translated the other way around. Originally, the core of skateboarding never wanted to be accepted by the masses. They weren’t so fond of the new kids who came from Youtube, only swearing by Revive and Braille Skateboarding.

As time went on, the mentality shifted as the core skate media understood they weren’t the front-page of skateboarding anymore. As a result, in 2020, the community is arguably the more welcoming and open it has ever been.

Why Is Skateboarding Making a Comeback?

Skateboarding entered yet another golden age in the past 5 years. Its industry is flourishing like never before. According to researchers, the skateboard market will be worth 2.4 billion $ by 2025 according to Statista but those estimates were made before the recent boom.

The recent surge was definitely fueled by the global pandemic, suddenly everyone wanted to start or get back into skateboarding.

More Girls and Older Skaters than Ever Before

With skateboarding being more socially accepted, we’ve observed a shift in the audience.

Nowadays, we see a lot more adults going back into skating. The same thing happens with girls. Although they don’t even represent 10% of skaters, substantially more girls get into skating these days. There are now many professional girl skaters who make a living through sponsors and contests, which even 10 years ago was unheard of.

Beforehand, the main skate scene was very located. Outside of California, and a few other big cities like New-York, Barcelona, London, or Paris, it was almost impossible to make it a career.

Social Media brought eyes to skaters who would never have been seen by the world otherwise. For this reason, you don’t have to be in California anymore to gain traction and make a living out of it. The beauty of the internet, isn’t it?

When video sharing platforms like Instagram and Youtube got popular, skateboarding started evolving exponentially. Mainly because of the vast quantity of content instantly watchable. Whereas 20 years ago, you would have to wait months, maybe years, between two video releases. And then again, you would have to buy the VHS.

Even better, the internet gave a wider audience to skateboarding.

Now, people who aren’t particularly interested might see some viral skate clips scrolling down their Facebook feed. Most of the time, a skateboard fail compilation, but still, it’s progress.

Skateboarding also became more accessible with a ton of online resources to learn from. You can now watch a video and have direct tips to fasten the learning curve of your kickflip.

Skateboarding in a Global Pandemic

In the current social and economic context, we might presume that the popularity of skateboarding dropped, as did many other activities.

Surprisingly, we’ve seen quite the opposite go down. People spend most of their free time at home now. What’s best when you want to mix up physical activity and fun – while staying safe – than to pick up skateboarding.

In reality, it might be one of the safest activities you can do. Unlike many individual sports, you don’t need to be anywhere nor with anyone to skate. As long as you have a decent enough flat ground spot nearby, you can start skating by yourself right now!

In 2020, skateboarding is on the verge of becoming mainstream. Although, the industry is nowhere close to the other major sports.

Why Is Skateboarding So Popular?

Even better, two brands saw their popularity go through the roof in recent years – almost becoming staples of the Fashion industry.

– Thrasher Magazine: considered the number 1 core media outlet in skateboarding, Thrasher saw its popularity go up when millions of people started wearing their t-shirts and hoodies outside of skaters. Kind of ironic when you know the mentality the owners have towards the mainstream culture.

– Supreme: in less than 10 years, the famous NYC streetwear brand went from being an underground skate shop to a 1 billion $ worth company. worn by superstars, celebrities, influencers, and models.

How Has Skateboarding Affected Popular Culture?

Skateboarding had a huge impact on mainstream mediums over the last 20 years.

It is a big source of inspiration for Television. MTV Shows is the perfect example. Their most successful shows all involved skateboard stars. Jackass had Bam Margera, Rob & Big was created by Dirdek himself, the Life Of Ryan stared a young Sheckler.

Despite the movies and shows, skateboarding success in the mainstream has to come from Video Games. The Tony Hawk franchise by itself is worth 1.4 billion $ and sold hundreds of millions of copies. If we add to this, the EA Skate franchise, as well as Skater XL and Session, we can safely say skateboarding became a staple in video games.

Skateboarding also made its way into Music. Celebrities who skate started to display their belonging to the community. Rappers such as Lil Wayne, Hopsin, Tyler the Creator, or Logic started rapping about being skaters. Even posting some of their skate clips.

The same thing goes in the Cinema industry. Movie Stars like Jonah Hill, Seth Rogan, and Matthew McConaughey, claimed skateboarding as a part of their identity.

It also goes the other way around – with pro skateboarders who became celebrities. Tony Hawk, Rob Dyrdek, Bam Margera, or Ryan Sheckler might be the firsts that came into mind. Nevertheless, the most representative example has to be Jason Lee who went from pro skater to a movie star, who notably played in the TV Show “My Name is Earl”.

I guess you figured out by now that it’s exactly the opposite. Although skateboarding had its ups and downs throughout skateboarding history, its popularity seemed to have spiked in the last 5 years, and even more in 2020. My local skatepark for example was full of scooter kids the past 3 years and on rare occasions you would run into a skateboarder. My local park is now thriving with both young and older skateboarders.

The Evolution of Skateboarding

Since 1950 and the invention of the first board by Californian surfers, the discipline never stopped expanding. In the beginning, only a few people had access to skateboards. They were mainly used to roll around and curve.

Until around 1970, when skateboards started to get commercialized. Skaters started riding empty backyard pools and vert ramps. From then on, a few infrastructures dedicated to the practice started appearing: skateparks. They became a meeting point for riders and allowed the organization of the first skate contest.

The 1980s marked a pivotal shift in skating due to the sudden drop in skateboard sales. It’s simple, skateboarding wasn’t cool anymore. Until its own savior, Rodney Mullen arrives and changes the game. The former freestyle skater straight-up invented by himself the whole fundamentals of what street skateboarding is all about today. Therefore, Mullen drew the way for what skating will become.

Since the 2000s, skateboarding popularity has exploded. We see competitions like X-Games streamed on live TV, video games like Tony Hawk Pro Skater played by everyone.

During this decade, hundreds of skateboard brands appeared, and larger companies like Nike and Adidas even started branching into skateboarding.

The 2010s along with the appearance of social media were a complete game-changer. With YouTube and Instagram, skaters from all over the world can display their skills and make a living out of it.

Ultimately, the popularity of skateboarding is hard to grasp because its identity itself never ceases to transform.

From the era of giant skate shoes and baggy jeans to the era of thin shoes and slim pants, trends pass and go. But what stays is what skateboarding will always be about: love and fun! 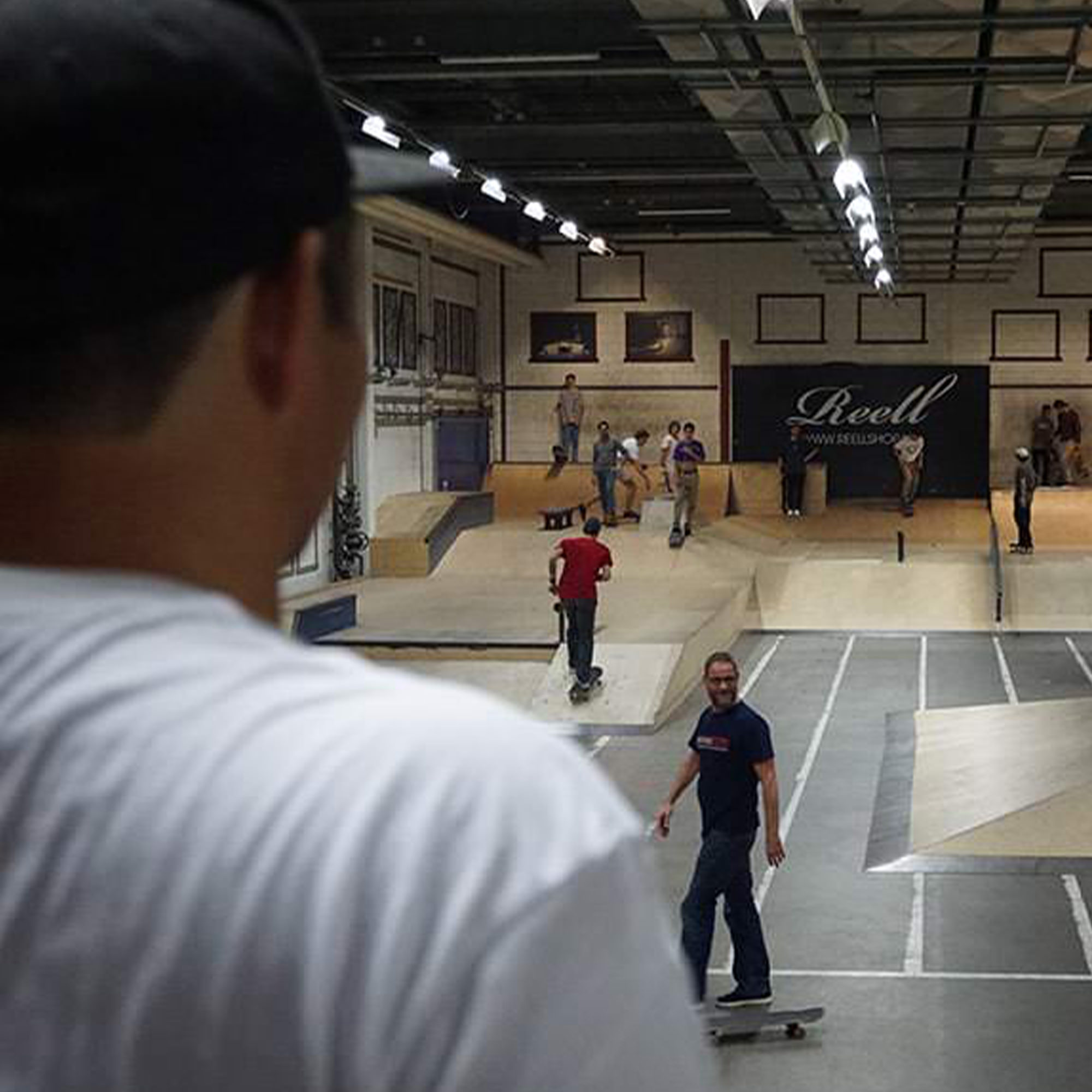