We learnt to skate without a skatepark: How the skateboarding community in Bengaluru coped with the lockdown

We learnt to skate without a skatepark: How the skateboarding community in Bengaluru coped with the lockdown

Creativity is not just limited to the area of one’s canvas. Just like one’s imagination, creativity too is infinite. Since the skateparks were shut during the lockdown, alongside every public place in the country, practicing skateboarding as a sport became quite challenging. But that did not stop the skateboarders of Bengaluru from rolling -- they kick-turned their way around it.

Cliff, a city-based freestyle stunt rider who started skating during the lockdown in the K Narayanapura main road area, shares his experience. “Me and three friends used to skate the streets. We found some streets to skate and we found some obstacles. We found obstacles like curbs, and we used to set it up and learn all the tricks. We found curbs from the construction materials on the side of the roads and we started learning boardslides. We collected cement and made our own kicker ramp. We learnt to skate without a skatepark. We weren’t lacking anything, the fact that we had these was enough and more for us,” says Cliff.

Siddharth Chandran, a Baroda-based skater who works for Holystoked Skatepark in Bengaluru, tells us about how they made their own tools for the sport. “There was a lot of DIY stuff. When you are skating on flat ground, it’s very common to ollie up another board, using random obstacles. For example, you find a random wooden plank and you can make an elevation at one place and use it as a kicker ramp,” says Siddharth.

Art of the matter
Anish Christopher Kevin, a Bengaluru-based skateboarder who runs a skateboarding company named Weskate Co says, “It’s all underground culture, skateboarding, graffiti, break dance, hip-hop, everything has evolved at the same time. They have grown together as a family as a culture and of course they are related.” All these forms of art have evolved at around the same time and they stuck together to find a safe space for themselves. While painting graffities on public walls and skateboarding on the public sidewalks are considered vandalism under the pretext of damaging public property in many parts of the world, these art forms have grown on their own. Skateparks have provided not only a space for skateboarders to cruise around in their boards but has also opened up possibilities for graffiti artists. However during the lockdown, the creative discourse around skatepark construction and graffiting its walls were limited. “We didn’t do any construction work during the lockdown, we were more focused on taking classes and organising skateboarding workshops.”

Skateparks as an established structure encourages and nurtures this creative discourse, there are no restrictions to how a skatepark to be like, there’s no set rules to the size, shape and height of the obstacles or roads, one can give birth to their imaginative vision without boundaries of any sort, which is again the specialty of underground culture, it revolves around unconventionality and creative freedom. There are endless possibilities, endless creativity involved in it. It’s not just one person or one skatepark but every single person who has stepped on a board has helped the culture grow and evolve over time, it’s a community and it’s growing as one.

Skateboarding is not only an action sport but also a creative discourse. “The whole idea of skateboarding is to be creative and have fun, the feeling that we get while rolling is something else altogether,” says Kevin, adding, “There is no limit for creativity, you just do it and something beautiful comes out.” Skateparks and its aesthetics differ from place to place, there is no hard and fast rule as to how a skatepark should look like, and in their unique designs lie their creative opportunities.

Bengaluru as a city not only has gorgeous graffities on its sidewalks but it also has well-constructed skateparks that have vibrant idiosyncratic graffities in it, this city offers a positive, more encouraging environment to its people and people from all over India to practice self-expression through their chosen art forms.

Looking ahead
Skateparks are slowly getting filled up after the lockdown, with skateboarding now being introduced as an action sport in Olympics, skateboarding classes have also resumed offline. The skaters in and around the city are expecting to practice more and celebrate Go Skateboarding Day (June 21) in the parks next year, while some dream of representing India in the Olympics, others want to be a part of the scene, witness it grow and contribute towards its growth. 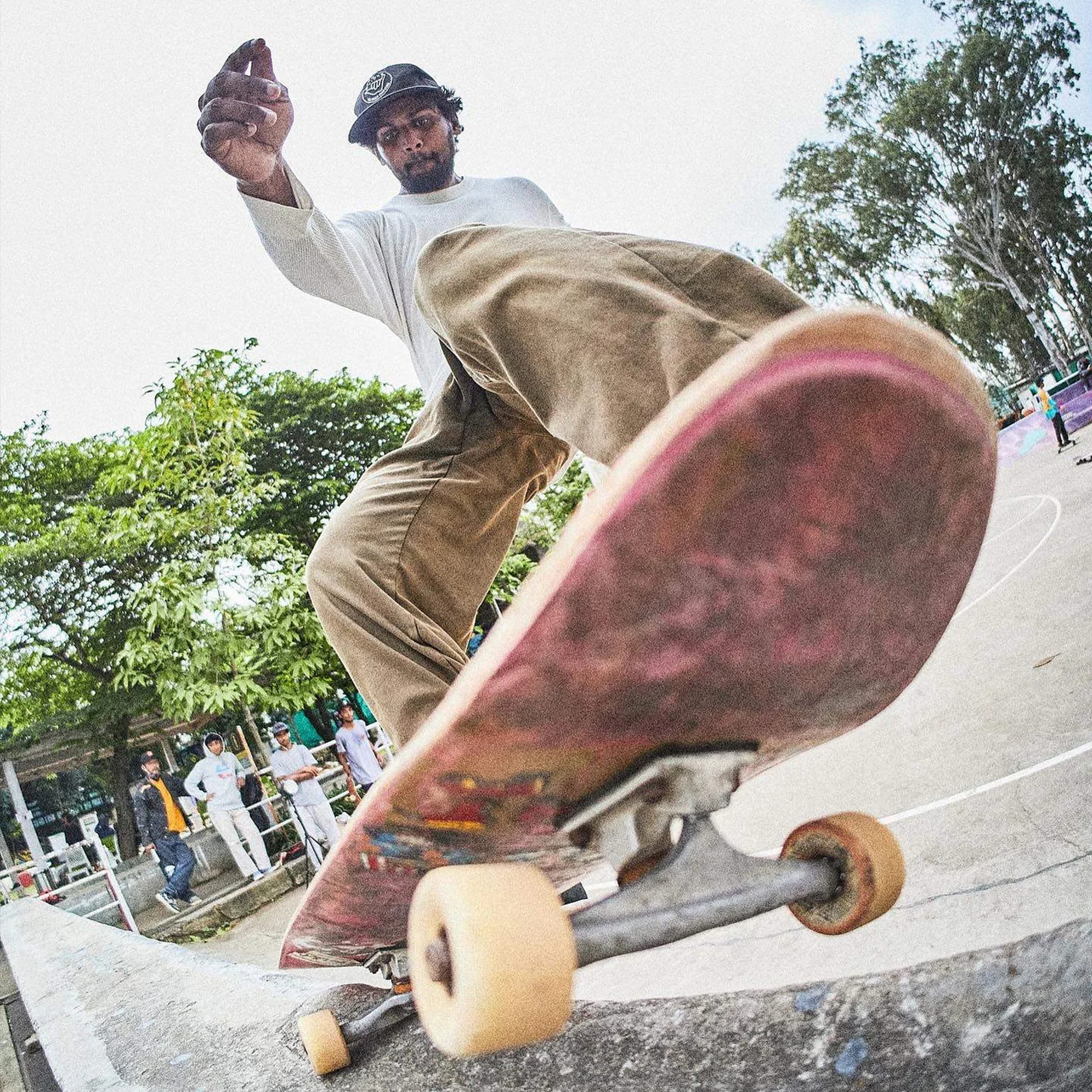