Vans, the leader in skateboarding for more than 50 years, spotlights team rider Tyson Peterson in a new short film documenting his rise from 11-year-old Florida skate prodigy to a true trailblazer commanding respect in the skate community with his floaty skate approach and original style.

Currently based in Long Beach, California, Tyson burst onto the skate scene with an impressive mix of technical style and liquid execution. Growing up in Melbourne, Florida, he was a fixture at his local skate park before landing on the radar of one of the most influential and iconic skaters of all time: Andrew Reynolds.

“He was real loose, with real baggy pants and just kinda wild,” recalls Reynolds of Tyson’s early skateboarding years. “[He’s] probably better than he even realizes he is. He just floats around, you know, it’s like his personality comes through in his skating.”

As Tyson takes us on a tour of his memories, including notable boards and footwear that have played a defining role in his young career, he’s quick to point out a Baker board featuring Reynolds: “You gotta get this board in here, for sure—The Boss. He changed my life, in the best way.”

He’s also adamant about giving credit to his family—especially his mom, grandmother and sister—and his friends. Together, they have formed a support system that believed in him, getting him through the tough times to where he is today.

From being featured as one to watch in The Skateboard Mag’s Next Wave video and print feature, to his Vans’ Spinning Away web edit and his most recent Baker 4 part, Tyson continues to turn heads with his offbeat fashion sense and skate style making him one to watch as he continuously pushes what’s possible in skateboarding. 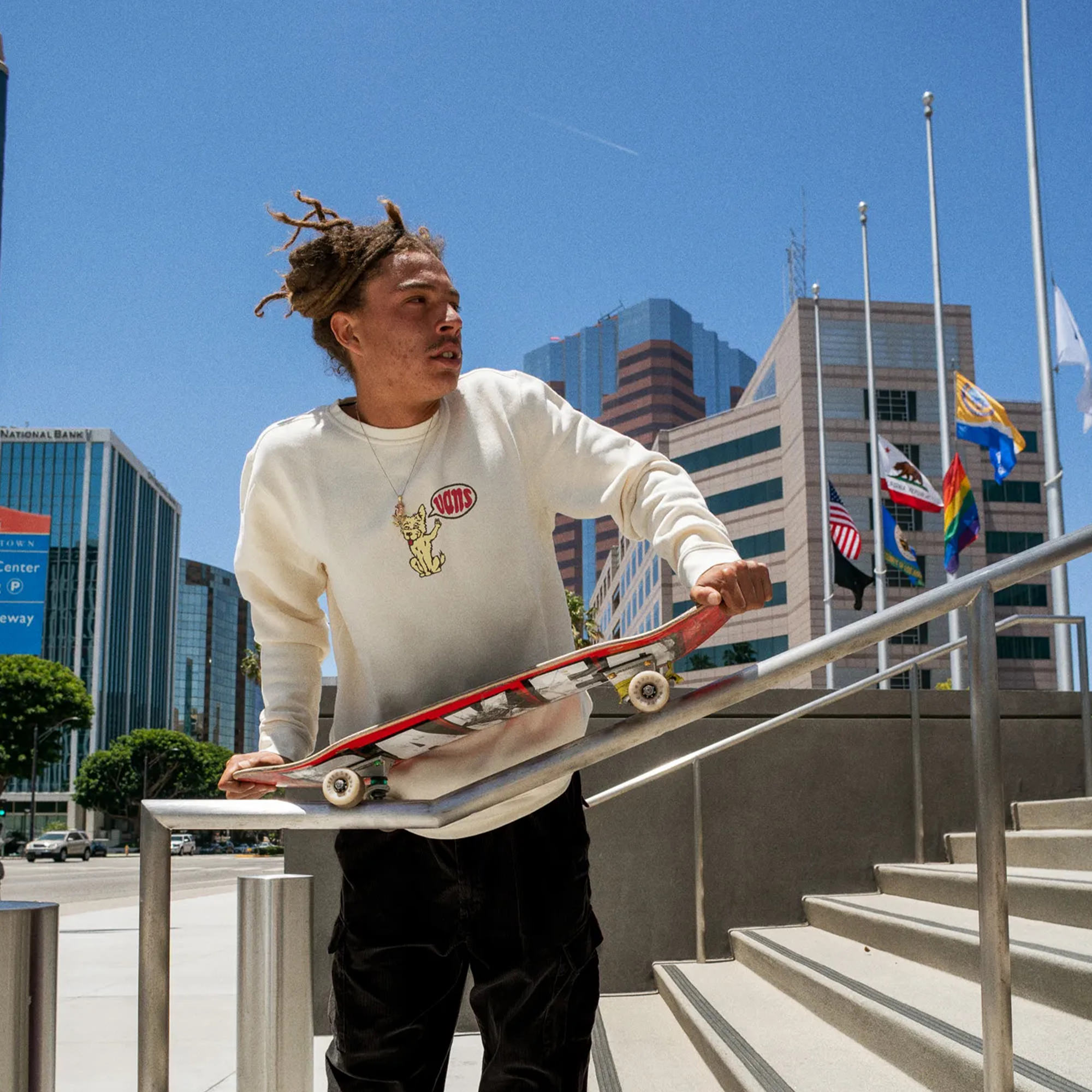