And in tandem with the newly released Tony Hawk's Pro Skater 1+2, which collects the first two entries in the beloved video game franchise and remasters them with HD graphics, the classic soundtracks from the original games have been updated to include over 30 new songs for both a new generation and longtime fans of the skating titles.

Besides inspiring a generation of kids to get outside and scrape their knees learning to skateboard, the games are equally as influential in getting kids to pick up instruments and try to emulate the skate-punk, hip-hop and hard rock that was featured so heavily in the games. While the first two Tony Hawk games featured songs by artists who are well-regarded independent of their connection to skate culture (Dead Kennedys, Rage Against the Machine, Public Enemy), some artists are inseparable from their involvement in THPS and have come to define that era of skate-punk (Goldfinger, Millencolin, The Suicide Machines).

For the new Tony Hawk's Pro Skater 1+2 remaster, the music's gotten a 2020 update, along with the graphics. Featuring both new artists and a few veterans that fit in, the freshened-up soundtrack boasts 37 new additions, bringing the whole playlist to over 50 tracks. Iconic artists like A Tribe Called Quest and Sublime appear alongside newer acts like Screaming Females, Machine Gun Kelly, Rough Francis and Merkules. Of course, most of the original soundtrack is in there as well. (Some familiar tunes have been left out though, due to difficulty obtaining the rights all these years later.)

Justin Joyner, one of the game's lead audio designers, who had a hand in overseeing the soundtrack, told Newsweek that the audio team were well aware of the game's musical legacy. "For myself and speaking for the audio group, we are super-excited for this, and we've had nothing but positive feedback on the soundtrack," he said. "We know that the soundtrack is such a big deal for these Tony Hawk games. We're looking forward to getting it out there for everyone."

Despite it being more than 20 years since THPS first ollied onto consoles, punk and hip-hop are still alive and well in the skate communities. We grilled Joyner about what went into curating the new collection of songs. This interview has been edited and condensed for the sake of length and clarity.

As soon as the re-release was announced back in May, it felt like so many people made their own fantasy THPS playlists. Did you take any of those into consideration?

Not really. Basically, the way it went down was I had to go through and really understand the original playlist, get a grasp on the type of music that was in there, and the split between ska and punk and hip-hop and rock, which are kind of the main skateboarding genres.

I started doing a lot of research as to current skateboarding culture trends, and really YouTube was a big help for this, because I would search on YouTube for skateboarding videos and paid attention to what things are like currently, in terms of the genres and what people are listening to in skate culture. What I found is, it's really more of the same of what the original game had, just more modernized. We wanted to reflect that in the new soundtrack. So we have some newer punk and hip-hop, but we also included some older tracks that came out in the '80s and '90s as well, to bridge the gap between the last 20 years since the last game.

Music has changed so much since the first game came out. Was it hard to find ways to bridge the gap between the old songs and the new ones that you added?

The hardest part was really finding music that not only suits the skateboarding culture, but also suits the gameplay and video gaming. For example, some of the current hip-hop trends are for really slower tempos, which don't really translate all that well for gaming purposes. It was kind of a balance between finding some of the stuff that had the proper energy for video gaming plus understanding the current landscaping of the genres.

Besides YouTube, were there other aspects of the process in finding new songs to feature? Did you take suggestions from skaters featured in the game, or even newer pros?

Yeah, I can tell you Tony [Hawk] had some input on the soundtrack. We consulted with some of the pro skaters. We talked about music with them. It wasn't just YouTube. It was really internet. Thank God for the internet today, because you can look up anything, and really get a sense of anything you're really looking for.

I did extensive reading of articles and watched documentaries just to really immerse myself in the culture.

How did new artists react when you asked them to be a part of the game?

Super-excited. There's actually a few of them that were avid Tony Hawk Pro Skater fans. So they played it growing up. So for them, it's full circle. They grew up on the game, hearing the original soundtrack, and now their songs are in the game.

Can you think of any off the top of your head who said they were fans?

Yeah, Merkules is one. If you check out his social media, he's talked a few times about Tony Hawk Pro Skater and how it was his favorite video game. Rough Francis is super-excited. Those are a few, and then, there were others too, but those were two that came to mind.

The term that I threw around a lot was "sticky." Sticky can mean a lot of different things. To me, it means that it's catchy. It has its own identity. In a lot of cases, you can sing along to it, but it has attitude. All these types of different descriptors, I would encapsulate under the word "Sticky."

The song that probably stuck out most to me was "Mid 20's Skateboarder" by Pkew Pkew Pkew. When you choose a song like that, is it because it's skateboarding themed?

That was the main thing, and going back to what I was saying before about songs being sticky. That was sticky, because the main lyric of the chorus is "Mid-20's skateboarder/I hope I don't get hurt." It's just kind of perfect, because a lot of the players who are going to be playing this game for the first time are going to be bailing all over the place. It just fit the style, and for obvious reasons, like talking about a skateboarder, it was a no-brainer. It had the right genre.

"Superman" by Goldfinger usually gets remembered as the standout classic from the original game. Is there a new song that's been featured that you think could standout in the same way?

That's a great question. I would love to see the fans decide that, because I think a lot of them could fall into that category. I don't want to point anything out specifically. There's a good amount of new songs on the soundtrack. It's more than doubled. I think depending on the player, and their style, they're going to latch onto a certain song or maybe a group of songs that fall under that category for them.

I could tell you this: During the development, we hear these songs all day, every day for a long time, and the soundtrack, amongst the developers over time, they've grown fonder of it over time, just being around it. That was exactly the goal. I think it's going to be one of those things, where people play this game, they hear these songs, and over time, they're just going to like it more and more. That was the main goal. 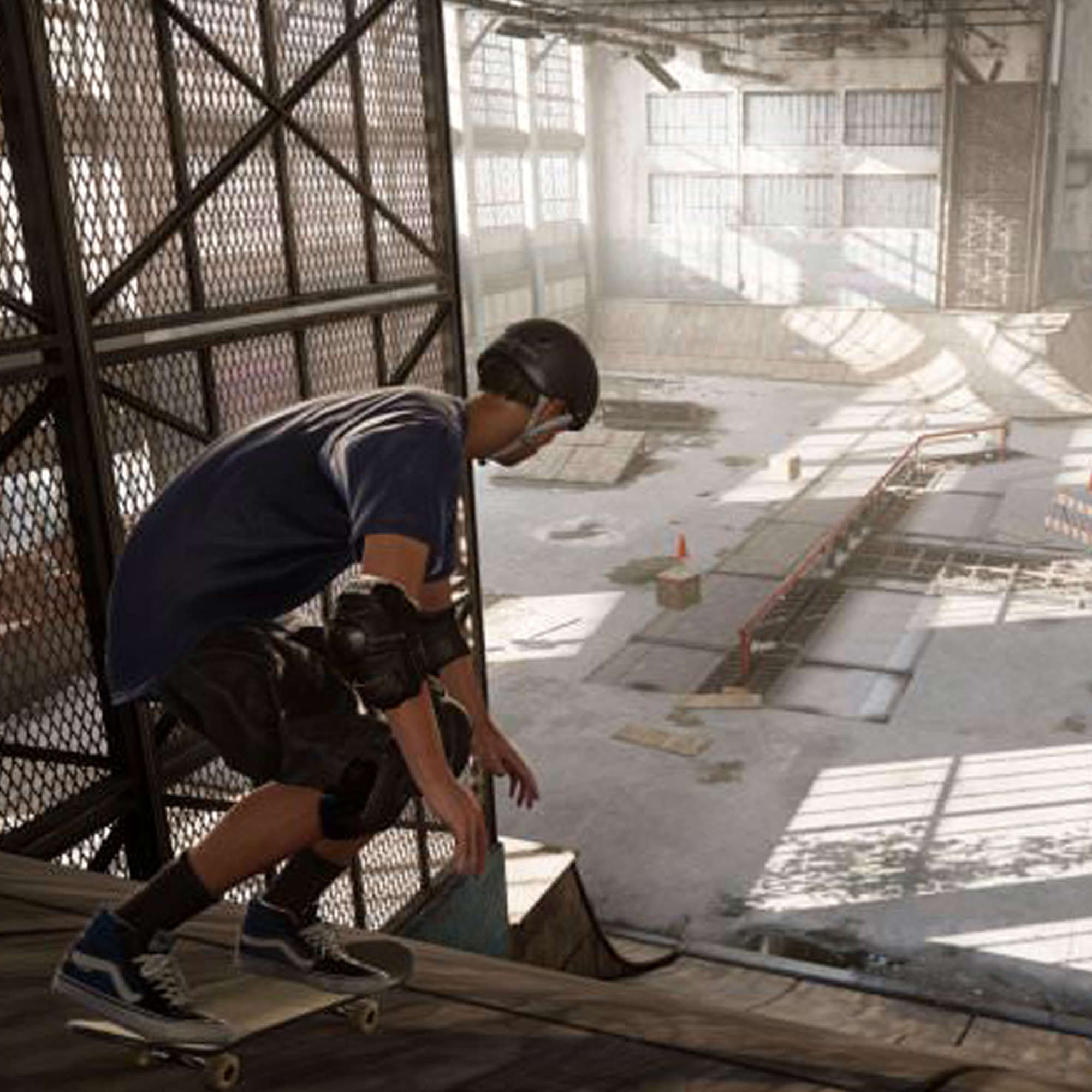