Tony Hawk is hopeful that his latest injury won't keep him from surfing the pavement.

The 53-year-old skateboarder shared in an Instagram post that he broke his leg on Monday, March 7, and is expecting a long recovery ahead.

"Yesterday sucked," he wrote in the post. "I broke my elbow 20 years ago and managed to make a full comeback; this recovery for a broken femur will be much harder because of its severity (and my age). But I'm up for the challenge."

Accompanying his personal reflection on the injury, he shared X-ray images of his broken femur, a video of him walking with crutches and a photo of him standing on his legs in the hospital.

"I've said many times that I won't stop skating until I am physically unable," Tony said. "A broken leg—with plenty of hardware—will probably be the biggest test of that creed."

The injury happened the day before HBO released the trailer for his upcoming documentary by Sam Jones, Until the Wheels Fall Off, which recounts his life and career. He elaborated in the post that the documentary has "a strong focus on the philosophy of how I/we do this at our age."

"The answer is complicated, but ultimately it's because I have found my sense of purpose and shaped my identity through skating," Tony continued, "and it nourishes my mental health immensely."

Although he retired from professional skateboarding in 2003, he continues to post videos of him shredding the half pipe and pulling tricks at the skatepark on his social media. Before his injury and documentary announcement, he posted a video of himself and others on his Birdhouse Skateboards team boarding, celebrating the 30th anniversary of the skateboard company he started in 1992.

Tony continued in his new post, "I'll be back… maybe not at full capacity but I resigned to that notion years ago as I approached 'mid-life.' Thanks to my unyieldingly supportive, tolerant family—and all of you—for the love and support through the years; I wouldn't be here without you. See you on the other side." 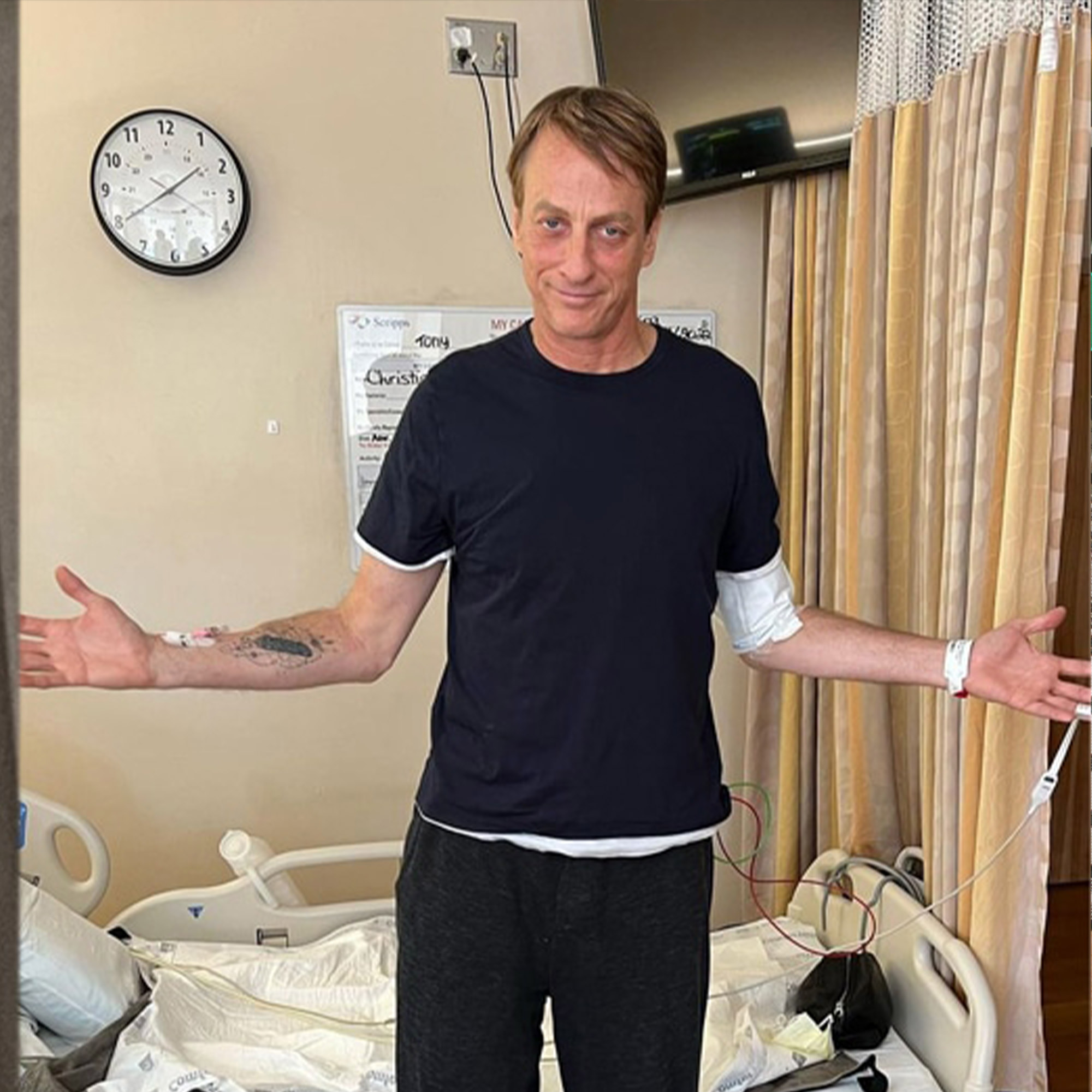