A limited-edition skateboard adorned in red paint that contains some of Tony Hawk's actual blood is now available as part of a collaboration between the legendary skater and the water brand Liquid Death.

Liquid Death is the canned water company that uses punk rock styling in its marketed aim to obliterate the waste of plastic water bottles. Hawk, of course, is the 53-year-old retired athlete and entrepreneur who has no problem lending viral credence to a fellow entertainer or helping a young skateboarder get a new deck.

But Hawk's latest move is a little more outlandish. As reported on Tuesday (Aug. 24) by Rolling Stone, his limited-to-100, $500-a-pop Liquid Death skateboard is painted in a hue "created by taking a vial of Hawk's actual blood and mixing it with red paint."

A rep for the brand says the process "ensures that there's a piece of Tony's DNA in every board."

Sure, Hawk loves his fans, but does he really want to get so intimate with them that they can, in a very indirect way, own some of his blood?

"I am deeply thankful to have a connection with my fans, and I appreciate how Liquid Death connects with theirs," the skater said in a press release. "This collaboration is taking those connections to a new level, as I have literally put my blood (and soul?) into these decks."

Hawk added, "I take pride in knowing that organizations fighting plastic pollution and creating skate parks worldwide will be supported through our efforts."

Find out how to buy the board — which boasts art combining Liquid Death's signature "Thirst Executioner" tallboy character with nods to Hawk's classic Birdhouse days — at liquiddeath.com. The company says a portion of proceeds will go to anti-plastic nonprofit 5 Gyres as well as Hawk's The Skatepark Project. 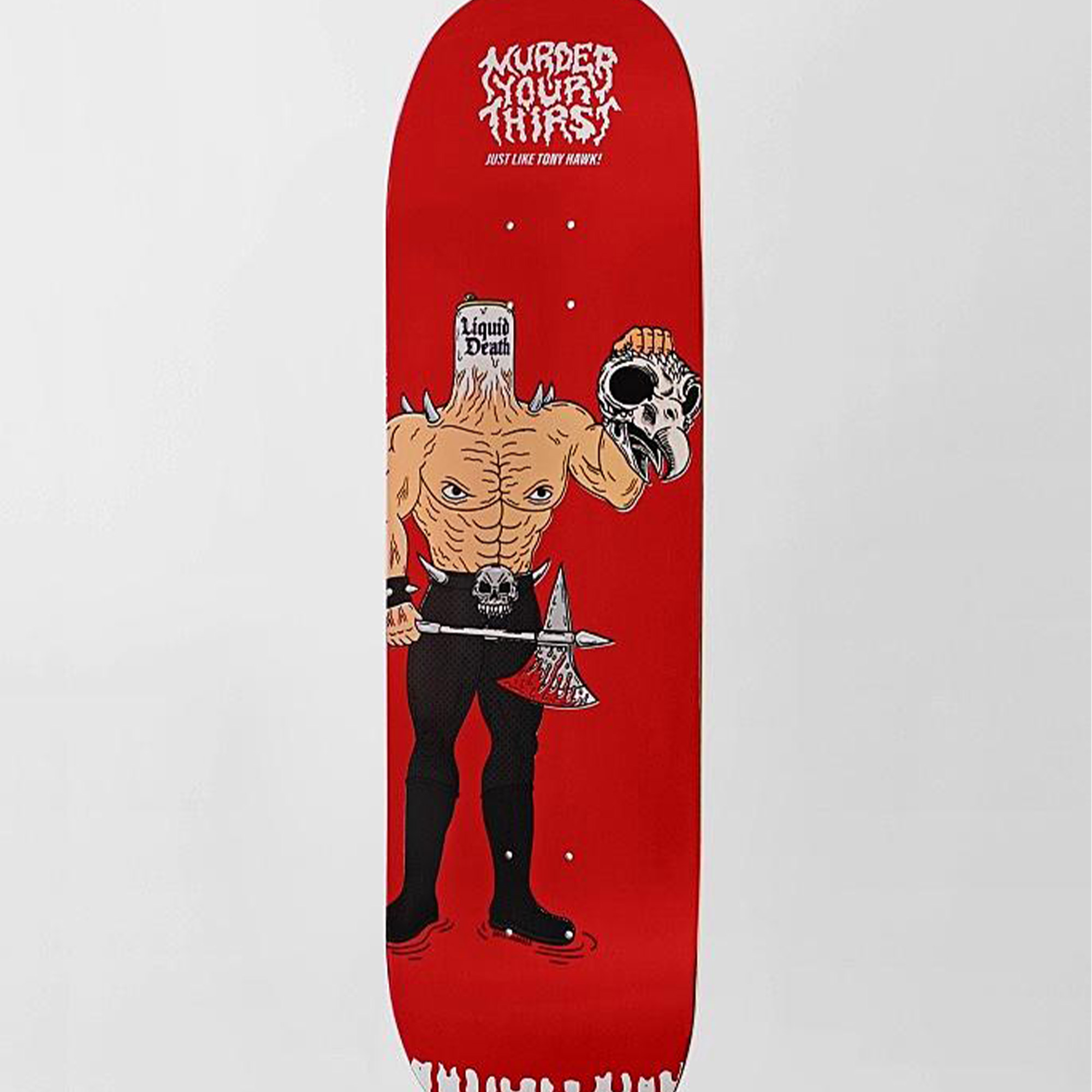