As well as coming over to the UK for a spoken-word tour later this year, Tony Hawk has announced details of a skateboarding, music and video game festival with Pollen Presents.

Taking place in Las Vegas over three days in May, Tony Hawk's Weekend Jam will feature performances by artists 'that define the skateboarding zeitgeist, connected to the culture through video games and iconic skate flicks' – from Modest Mouse to Descendents, The Vandals, X and Warish.

Elsewhere there will be skating exhibitions and contests with Andy Macdonald, Bucky Lasek, Christian Hosoi, Kevin Staab, Lizzie Armanto, Rune Glifberg, Sandro Dias and Steve Caballero (more skaters will also be confirmed in the run-up to the event).

The whole thing will be hosted by Tony himself, with the event happening at the Downtown Las Vegas Events Center from May 12 – 15. 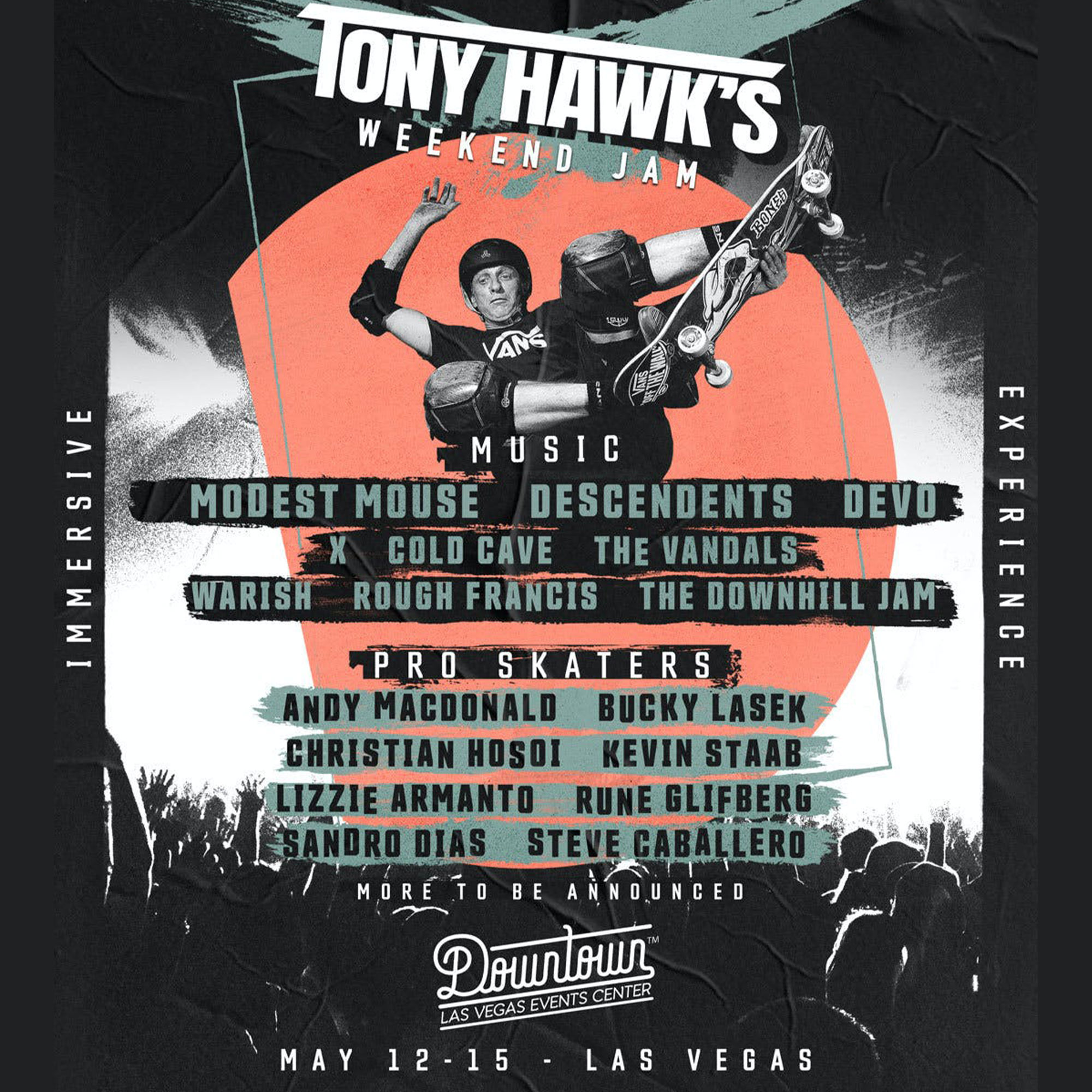