From the streets of his hometown of Whitby, to secret skateboard compounds deep in the forests of Quebec and British Columbia, to the wind-swept prairie plains, and beyond, Steady Pushing invites the viewer to join TJ on an epic cross-country journey packed full of the larger-than-life characters that make Canadian skate culture so special.

Of course, with TJ at the helm of the project, the series is more than just an anthropological study of an always-evolving subculture. The amount of top-tier footage that TJ logs over the course of the 30-day trip is nothing short of astounding, with multiple hammers dropped daily and expertly captured through the lenses of videographers Erick Valentic, Jordan Moss, and Dan Mathieu.

“When you’re skating all these spots that you rarely get to visit, you want to make the most of the situation,” TJ says. Huge double-sets, hubbas, rails and even a healthy amount of transition are methodically destroyed by TJ and his homies as they make their way west across the country, with plenty of clips from Canadian legends like Jon Cosentino, Alexis Lacroix and others.

In Quebec, the crew drives deep into the boonies to visit Sebastien Petite on his 108-acre Skateboard Ranch, where we are treated to a session on Seb’s perfect concrete miniramp. The camp vibes run strong, with TJ manning the grill and Alexis at the helm of a fireside jam session, providing the perfect soundtrack for a night of woodland stoke. Seb is one of many skaters in Canada, and around the world, that are creating private skateboard paradises on secluded properties, transferring skills honed during the construction of DIY skateparks to their own projects.

On the other side of the country, amidst the pine-covered mountains of the Kootenay region of British Columbia, we get a glimpse of Daniel “Alien” Nelson’s own version of skateboard heaven. Alien’s property, lovingly referred to as Drifttopia, is a sprawling compound of bowls, quarterpipes, banks and rails, which he has financed through the success of his woodworking business.

A place for everyone

While on the road, TJ made a point to connect with marginalized communities within skating, including a session with the Girls, Gays and They's crew in Montreal. While the LGBTQ+ community has become significantly more visible within skateboarding in recent years, there is still work to be done.

“I feel like it’s definitely a little behind in certain aspects,” TJ says, in regards to skateboard culture. That is why groups like Girls, Gays and They's are stepping up to create inclusive spaces for folks who feel like they might not have a place within the traditional parameters of the skate scene.

In Winnipeg, the crew was joined by legendary Canadian rippers Joe Buffalo and Mitch Barrette. While both Joe and Mitch are thriving in the present day, exploring their life stories carries the viewer into some heavy emotional territory. Joe, who is Samson Cree and a residential school survivor, has been very open about his struggles with drugs, alcohol, and intergenerational trauma. Since sobering up, Joe has turned pro for Colonialism Skateboards and started a non-profit organization called Nations Skate Youth. His story has been featured in Thrasher Magazine and, most recently, in a documentary film that lists Tony Hawk among its producers. In Steady Pushing, we get to join Joe on a journey back to the reserve where he grew up, exploring his roots and the culture that he relied on to guide him away from a path of self-destruction.

Mitch Barrette’s story is less known, but is also one of redemption through skateboarding. Steady Pushing is the first time that the Ottawa native has shared his experiences publicly.

While Mitch has been a well-known Canadian skater for years, he never made the jump to the pro ranks that skaters such as TJ have. "It was heavy," TJ says about listening to Mitch retell his story on camera. When I was doing the interview, myself and the whole crew started to cry.

And while there is undeniable weight to this portion of the series, seeing both Mitch and Joe skating at such a high level, as excited about skateboarding as they ever have been, is enough to put a smile on anyone’s face.

Steady Pushing in partnership with 7 Eleven Canada is available now on Red Bull TV. Watch it in the player above or check it out here. 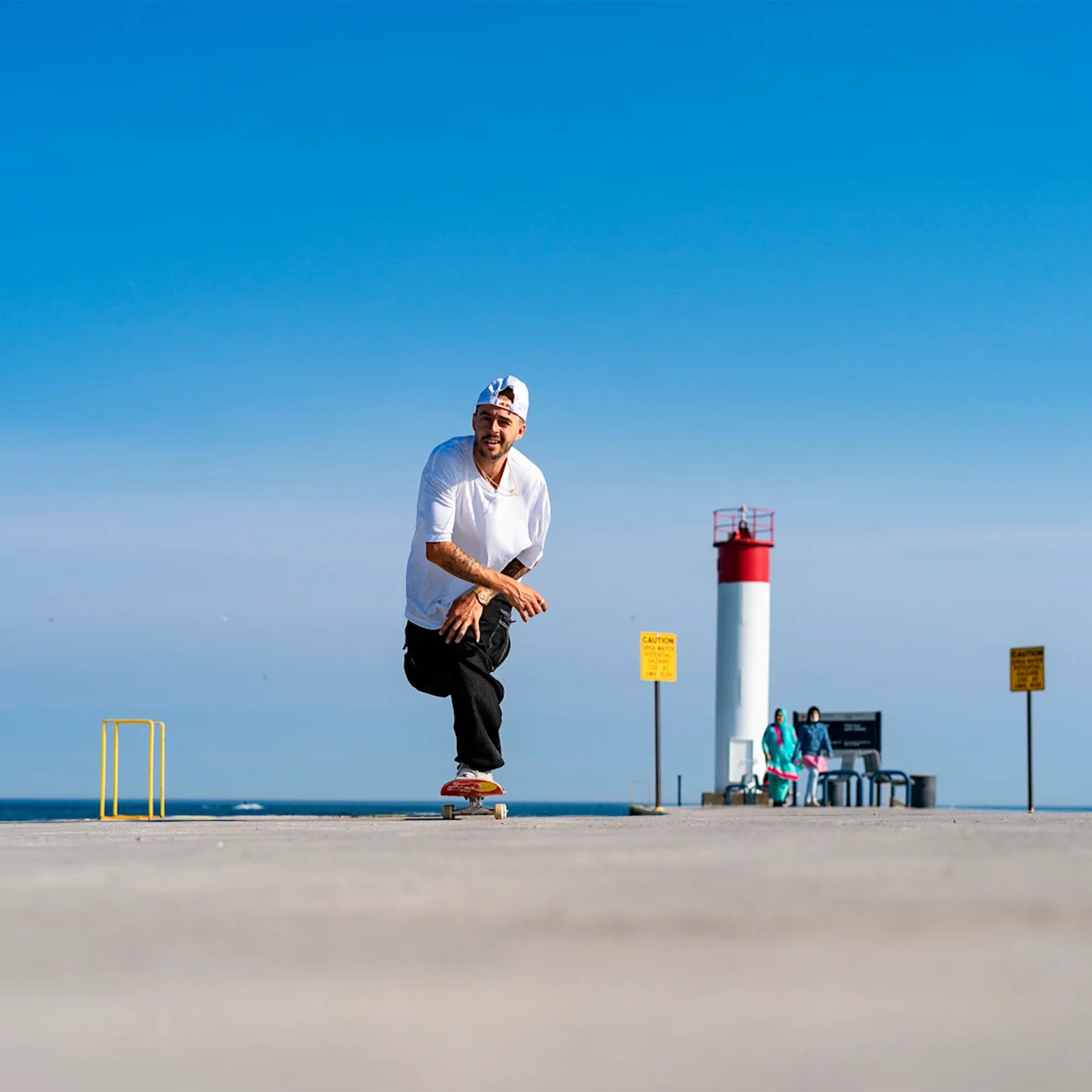