The Story of Santa Cruz Skateboards

The Story of Santa Cruz Skateboards

Santa Cruz Skateboard is the oldest continuous skateboard company in the world. This is its story.

The acronym NHS comes from their surname initials - Novak, Haut, and Sherman.

In the beginning, their surfboard brand business was struggling to stay afloat because the margins were low.

But all of a sudden, a friend from a Hawaiian company challenged NHS to make 500 skateboards.

NHS had a surplus of fiberglass lying around and barely any customers, so they decided to use the stocked materials to fulfill the order.

The first-ever Santa Cruz skateboard was produced in 1973.

The batch of 500 skateboards sold quickly, and so the newly created skate brand immediately got another order of 500.

From that moment on, the company became a symbol of skateboard culture. The first Santa Cruz ad was run in Skateboarder Magazine, Volume 2, Issue 3.

Doug Haut later sold his shares in Santa Cruz and started his own surfing company under his name.

It ended up being so successful that he was later inducted into the International Surfboard Builders Hall of Fame.

In the early days of skateboarding, wheels were made of metal and mounted directly to the axle.

The industry then moved on and introduced clay wheels which would wear out and break apart over time.

In the early 1970s, the very first urethane wheel hit the market.

They were called Cadillac Wheels and revolutionized all the tricks that you could do on a skateboard.

In 1974, Santa Cruz answered with their very own Road Rider Wheels.

Urethane is still what we make our wheels out of today, but the reason Road Rider was so well-received was that it had the very first precision ball bearings.

Up until that point, every wheel, including the Cadillac Wheels, just had loose ball bearings in the wheels for them to spin.

But the birth of the Road Riders was unorthodox.

"One day, while Richard and Jay were assembling loose ball bearing wheels onto trucks, something happened that wound up changing the entire skateboard industry," writes Michael Brooke in "The Concrete Wave."

"By accident, Jay spilled a wooden cask of nearly 100,000 individual loose ball bearings. After this incident, a man named Anthony Roderick walked into the shop."

"Tony was from a Rhode Island company called Quality Products. Holding a sealed precision bearing in his hand, Tony wondered if there was an application for skateboard wheels."

"With Quality Products heading up production and NHS handling the marketing and sales, the Road Rider precision skateboard wheel was born."

Road Rider Wheels were so popular that when they came out that by the end of 1975, they sold over a million sets worldwide.

NHS made so much money off their newest product that they invested a lot of that money into the brand, making Santa Cruz a huge and prominent brand in skateboarding.

The company kept innovating and created graphite-loaded slalom boards and one of the first five-ply board models.

In 1978, the alliance between NHS and Ermico Enterprises led to the creation of "The Independent," an innovative truck model initially available in 88mm and 109mm.

Independent Truck was a huge hit within the skateboarding community.

As a result, NHS and Santa Cruz had built a significant market share of decks, wheels, and trucks.

Jay Shuirman died in 1979 of leukemia, meaning he didn't get to see the brand flourish and grow and become the multinational conglomerate that it is today.

The red dot logo was the very earliest logo that Santa Cruz ever put out. It was designed by Jay Shuirman and Jim Phillips.

Not long after that, the Screaming Hand logo saw the light of day and became just as iconic and legendary as the original red dot logo.

It was a big step forward in the world of skateboard graphics because of its bold lines and bright colors and because it used real artwork on the branding of a skateboard.

He believes the region has the best hard maple on the planet.

"Santa Cruz had its factories in the forest," Pimuarta told Matt Berger, author of "The Handmade Skateboard."

"I didn't believe in shipping all that maple to California, so we put our skateboard factories in a couple of places in northern Wisconsin that made fine cabinetry - they needed the extra revenue."

"We set up three shops there and one in Santa Cruz and produced about 900 decks a day."

Pimuarta added two additional plys of wood to the five-ply boards and worked with silkscreen technologies to achieve full images on boards.

However, soon the cost of manufacturing products in the United States soared, so the company sent most of its production overseas.

While making a blank skateboard in America cost $75, it was possible to produce the same model for $15 or less in China.

Santa Cruz has always put a ton of effort into having the best skateboarders in the world representing their brand.

In the 1970s, they had John Hutson, who was the number one slalom skateboarder in the world at the time.

The Role of Jim Phillips

Santa Cruz would not be the iconic skate brand that it is today without the artwork of Jim Phillips.

In the early days of skateboarding, decks and marketing were mostly all about fonts or one-color graphics.

Phillips was one of the first to bring in real artwork and put it on everyone's boards.

The visual artist introduced these really colorful and bold graphics that made Santa Cruz Skateboards so appealing and commercially viable.

They were the boards that everybody wanted because they stood out so much among all the other brands.

In 2017, Phillips was inducted into the Skateboarding Hall of Fame.

His son, Jimbo, adopted his father's style, i.e., continued with the heavy lines and the striking pop graphics.

He continues doing artwork for Santa Cruz Skateboards and even designed a hockey jersey for the San Jose Sharks.

Santa Cruz was one of the first-ever skateboard brands to introduce a concave design in their decks.

In the 1980s, they released a full line of skateboards with many different kinds of concave lateral profiles and the first upturned nose.

"The one thing I never did was copy anyone. There was just something in my nature that said I don't want to ever copy anyone," Pimuarta later revealed.

You could choose from an array of different shapes, and the concave was anywhere from two degrees to six degrees of bevel.

The goal was to sell these new models to half-pipe riders.

Tim put black fiberglass on top of laminated wood and came up with the Everslick. This slippery thermoplastic covered the bottom of the deck, making the board highly resistant to substantial impacts.

"The interesting thing about NuWood is that it is the world's first truly recyclable skateboard," notes Michael Brooke.

"When a rider is finished with it, they can send it to NHS, who will grind it up and make a new one."

Some of their most memorable productions include "Streets on Fire, "Wheels of Fire," and "Speed Freaks."

For "The Simpsons," they recreated Bart's famous skateboard featured on the legendary TV show.

For Star Wars, they built laser-etched boards with a few different types of wood in them.

These boards came in stunning pre-packaged boxes - the same way you'd buy an action figure - and they can now only be bought online for thousands of dollars.

In 2001, Santa Cruz was getting ready for the ASR trade show, where different brands came together to unveil all their upcoming products.

Action sports stores from around the world were able to find, choose, pre-book, and buy what they would sell to their customers in the next season.

Leading up to the trade show, the California skate company put their final colors and touches to what they called "The Terrorist Series."

On September 10, 2001, the brand's executives went home and went to bed. The next morning they awoke and saw the state that the world was in.

As a result, "The Terrorist Series" never saw the light of day.

The project was canceled, but the whole story is detailed in "The Disposable Skateboard Book."

The most popular skateboarding company on the planet also makes surfboards, longboards, and snowboards, and they have different teams for each of the different sports.

Richard Novak and Jay Shuirman were inducted into the Skateboarding Hall of Fame in 2020.

Bob Denike is the current CEO and president of NHS. 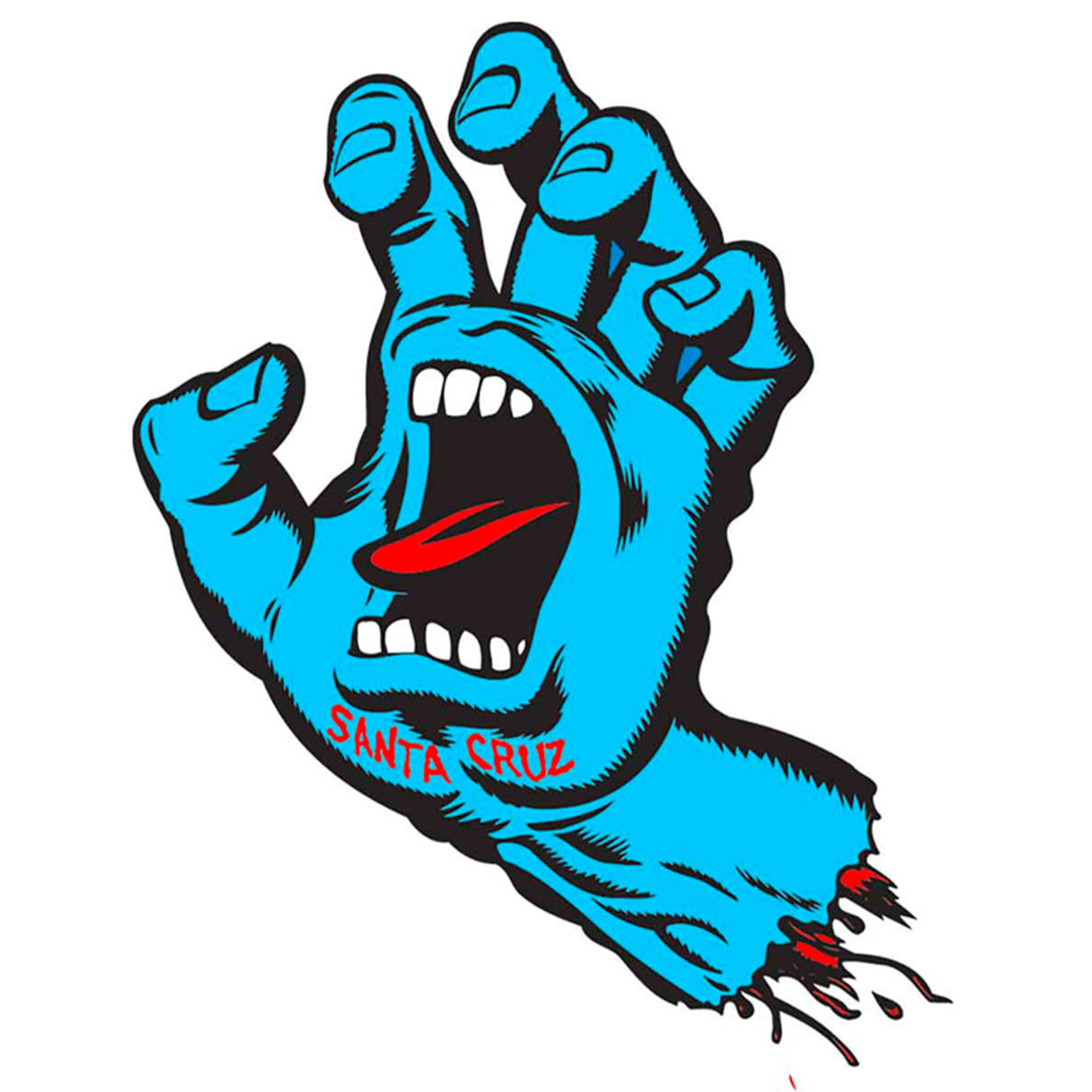