The Skatepark Built of Salt

The Skatepark Built of Salt

Finnish skateboarder Jaakko Ojanen created a skatepark out of bricks of pure salt in the high Andes mountain range.

The project had never been attempted before in the history of skateboarding, but the internationally renowned rider wanted to make it a reality.

When the Finnish skater decided to embrace a project out of the norm, his first thought as a backdrop were the Bolivian salt flats.

Ojanen had first visited the area 20 years ago as a tourist and, two decades later, when plotting quirky skateboard locations, it popped back into his mind.

When the others joined him at the innovative park, they were surprised by the ingenious skating facility.

But the design and the implementation were no easy task and only saw the light of day in 2018, after several fine-tunes.

First, Jaakko had to find out if a salt base was skateable, and then he had to find the right build.

A 42-hour journey ensued and was followed by getting ideas from a salt hotel on how to construct his own project 3,500 meters above sea level.

The crew faces freezing temperatures at night and high winds in the day.

For "White Desert," the Nordic skateboarder wanted the surface to be white rather than the densest dark ground, which made it visually more spectacular but harder to skate.

"I'm happy and proud to have been a part of making it happen," Jaakko Ojanen said after concluding the absolutely unprecedented and visually unforgettable skatepark.

"Hopefully, this will inspire other people to go out of their comfort zones and tackle situations that they've never dealt with before."

"I was never sure that this was a thing that was possible to do, but I had trust in myself and my team, and that is usually all you need - commitment, work, creativity, and resilience!" 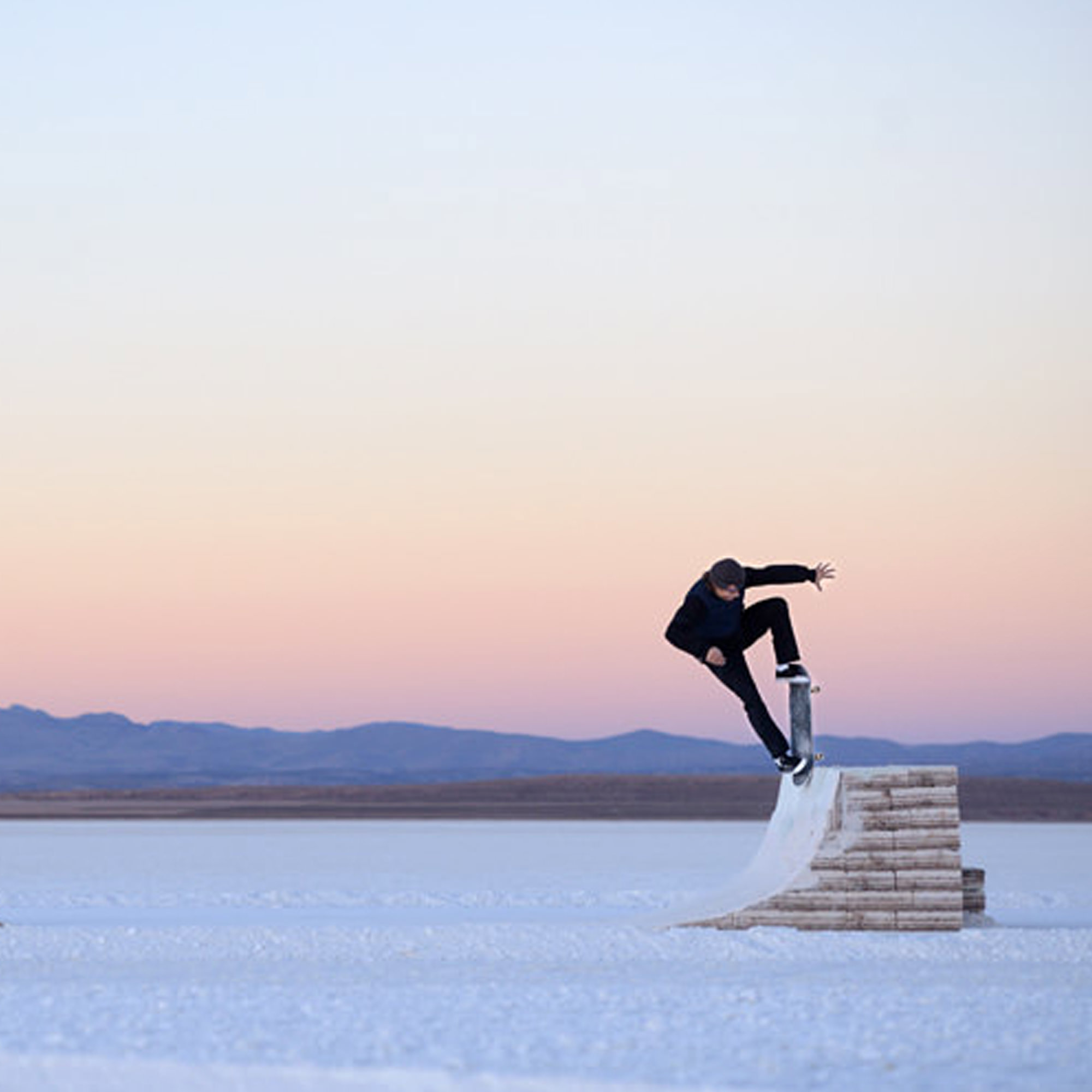