The story of Vans, the ultimate skate shoe company

The story of Vans, the ultimate skate shoe company

The history of Vans goes back to March 16, 1966, when brothers Paul Van Doren and James Van Doren and Gordon C. Lee opened a store named "The Van Doren Rubber Company" in Anaheim, California.

At the age of 14, he dropped out of intermediate school when he was in the eighth grade because he didn't like attending classes.

Instead, the youngster was interested in horses and horse racing.

Paul, also known as "Dutch, the Clutch," was forced by his mother to get a job at Randy's, a shoe manufacturer, cleaning floors, and making footwear.

Aged 34, Van Doren was already the executive vice president of the firm - Randy's had become one of the biggest shoe manufacturers in the United States.

Soon after, he and his brother were challenged to turn around Randy's factory in Garden Grove, which was losing a million dollars each month.

After just eight months of hard work, the duo completed the mission and made sure the factory was performing better than the one in Massachusetts.

Paul and James had become successful executives, so they wanted to run their own business.

In the late winter of 1966, the Van Doren brothers teamed up with Gordon Lee and Serge Delia to open "The Van Doren Rubber Company" at 704 East Broadway, Anaheim.

The company's motto was "Canvas Shoes for the Entire Family."

The place was basically a manufacturing area with a store/shop that sold shoes directly to the public.

On their first morning, the entrepreneurs had 12 costumers buying the now-famous deck shoes.

The shop only had three styles of shoes priced between $2.49 and $4.99, and not enough change to give customers.

So, Paul told them to take the shoes home and come back the next day to pay. The truth is that, on the next day, all clients returned to pay.

The Birth of Vans

The original version of the famous Vans logo only came in the early 1970s.

Mark, the son of James Van Doren, created the iconic insignia as a stencil to be spray-painted on his skateboards.

He was only 13 years old, but the company approved his design and introduced it on the heel tab of one of its early shoe - Vans Style 95.

The president and co-owner of the California shoe firm ended up creating more skate sneakers after his son's interest in sidewalk surfing.

The House of Vans quickly expanded, and by the mid-1970s, nearly all Southern California skaters owned or knew the brand and its products.

In 1976, the iconic Vans Off-The-Wall expression saw the light of day, inspired the skateboarder's lingo.

On that same year, the skate footwear company launches Vans #95 Era, a pair of shoes designed by Stacy Peralta and Tony Alva.

"Boat deck shoes, a style of footwear that Vans made extremely popular during the mid-1970s, had been worn by some skaters since the late 1950s and early 1960s," Craig Snyder explains in the book "A Secret History of the Ollie."

"These shoes proved to be a good alternative to bare feet and helped skaters stay on their boards to some degree."

Paul ran Vans until 1976 when James Van Doren took over.

In the second half of the 1970s, the skateboard shoe company grew exponentially.

The brand added the iconic side stripe (also known as the "jazz stripe"), incorporated leather panels in skate shoes, and introduced its first slip-on model.

By the end of the 1970s, Vans had 70 stores in California and was already selling nationally and internationally through a network of distributors and dealers.

In the 1980s, Vans went through a roller-coaster experience with extreme highs and lows.

With the release of the movie, sales doubled.

The stage was set for a spectacular decade. However, two years later, Vans files for Chapter 11 bankruptcy.

The company's famous sneakers were selling very well, but the other products drained the financial resources needed to keep it afloat.

Paul Van Doren returns to Vans to execute the reorganization plan approved by the court and lower the debt.

By 1987, the ultimate skate shoe brand had already paid all the money owed and kicks off 1988 with Vans Steve Caballero, the company's first signature skate shoe.

The firm is back on track, but Paul Van Doren and Gordon C. Lee decide to sell it to the private equity investors, McCown De Leeuw & Co.

Vans' new fresh start coincided with the explosion of skateboarding as a sport and a lifestyle.

In 1991, the company went public with shares traded at $14 on the Nasdaq on the IPO's debut day.

From that moment on, the American shoe and apparel manufacturer continued to grow and extended its product range to a broader market, including surfing, BMX, wakeboarding, motocross, and snowboarding.

In 1997, Vans buys the Triple Crown of Surfing and, three years later, it is named one of America's Best Small Companies by Forbes magazine.

In 2001, the company became involved in the quintessential documentary "Dogtown and Z-Boys," directed by Stacy Peralta.

Vans also buys a controlling share in the Warped Tour, the largest traveling sports and music festival in the United States.

In June 2004, American global apparel and footwear company VF Corporation buys Vans for $396 million and adds the California brand to a long list of workwear and sportswear labels.

In 2009, Doug Palladini, global brand president and vice-president of global marketing at Vans publishes "Vans: Off the Wall: Stories of Sole from Vans Originals."

The book illustrates the history of a shoe company that turned skateboard culture inside out and embedded it on a larger street and pop culture scale, influencing not only sportspeople but also artists and musicians.

In the second decade of the 21st century, the thick-soled skate shoe trademark further increases its participation in customer engagement via the House of Vans, school art programs, movies, and footwear design.

In November 2011, it becomes the first-ever skateboard-rooted company to hit $1 billion in annual sales.

Two years later, Vans is announced as the main and title sponsor of the US Open of Surfing, one of the longest-running surf contests in the United States.

On March 16, 2016, the shoe manufacturing company celebrates 50 years of the "Off-The-Wall" slogan with "The Story of Vans," and updated edition of Palladini's 2009 book. 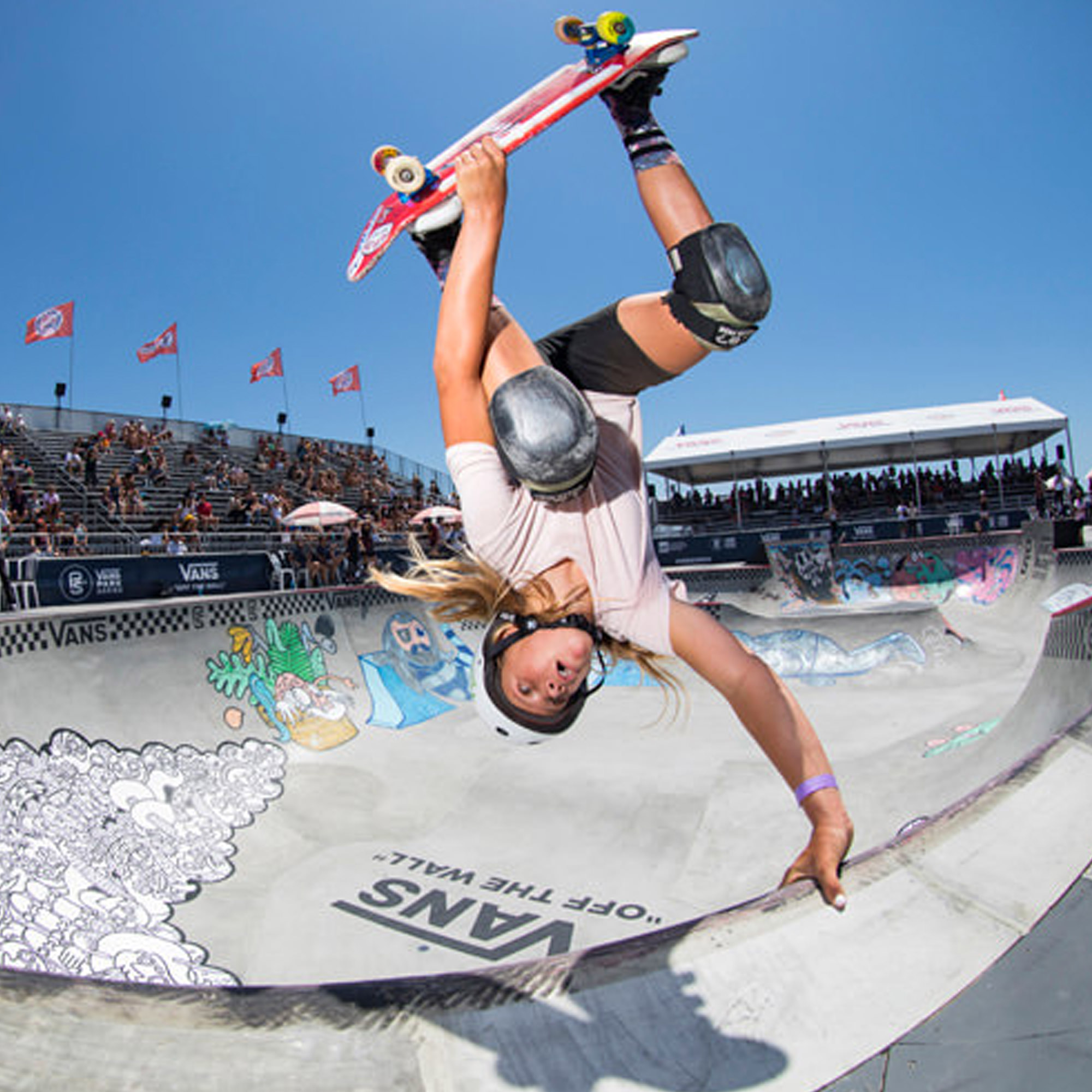