'The Ramp' Is a Shockingly Small Skateboarding Game

'The Ramp' Is a Shockingly Small Skateboarding Game

We’re living in a great time for fans of skateboarding games. Skater XL and Session have picked up the slack from the Skate games (which might be coming back), Tony Hawk’s Pro Skater 1+2 scratched a classic itch, and games like Skate Story and Olli Olli World are right over the horizon. The Ramp has released into this crowded marketplace, and it has embraced a strategy that is radically different from the majority of these games. Instead of giving you an entire world, it pares skateboarding down to its base elements: a person, a skateboard, and a ramp.

I guess it’s not always a ramp. Only two of the game’s four levels are actually ramps, the others being a pool and concrete double bowl. The entirety of the game is based on learning these extremely small locales and determining what kind of vert skateboarding tricks you can do in them. The screen does not scroll. The camera does not follow you around. From a fixed camera position, you watch the little character you control bop around these microscoping skateboarding locations and perform a fairly limited set of tricks.

The Ramp is so small as to be shocking. It is toy-like. It contradicts every single impulse that the skateboarding games I listed at the start of this piece have in their core. Most of those games present you with big worlds to make your way around in. For the Tony Hawk style of game, you’re supposed to find the point-earning areas that work the best for you so that you can hit all the markers and goals you want, racking up the points. In the Skate mode, it’s more about finding your own fun and getting your own motivations within a large urban space with a thousand different ways that it could be exploited with a skateboard. Even games like OlliOlli, which is pared down to the bone in an effort to make it about moment-to-moment execution, has felt compelled to add a world to surround their characters.

Earlier today I spent a full 30 minutes just trying to figure out exactly how high I could go in The Ramp’s in-ground pool level. I just rocked back and forth, wall to wall, trying to figure out just how much speed I could get. The game has a subtle pump mechanic, mirroring the real way that ramp and pool skaters generate momentum and speed for themselves, and I slowly built up more and more speed as I rocketed up over the lip of the pool. At the level of mechanics, this is a full third of what The Ramp is, with the only other additions being a basic grind and some grab tricks that can be performed in the air. This is a bare bones experience almost totally in external demands.

This switch to personal desire rather than points or explicit tasks is of a piece with modern skateboarding game design broadly. Skater XL also strips out so much that we expect from a “sports game,” giving us instead some places where we can choose how to interact. And anyone who has ever gone to a skatepark, especially in the rare hours where it is just you and the concrete ramps, has felt the weird freedom to do anything you want with these strange structures. That’s the entire vibe that The Ramp brings, a sort of solipsistic focus that can only think your actions and this ramp in concert with each other.

An effect of the growing independent game landscape, which literally gets bigger every day, is the existence of these pared down experiences. I have become an adherent of what have been called “micro-RTS” and, in a more broad genre, “micro-strategy” games. These games, like my personal favorite Death Crown, are all about taking ideas or concepts from big game genres and paring them back to their most basic elements. In the world of bigger commercial games, especially with huge teams behind them, this just wouldn’t fly. These aren’t games that you spend your life playing. There’s nothing special once you get your 10,000 hours in. Instead, they are razor-thin experiences, good for a few hours and fulfilling for the entire time. They also aren’t generally reflective, tending to be more action-packed and all mechanics rather than meditative experiences.

The Ramp manages to capture both of these aspects for me, providing something really unique within both the “small game” and “skateboarding game” categories. It is brutally stripped down, a little arcade experience, but it also gives over to something like sheer contemplation as you play it. As I try to figure out the exact best ways to boardslide on the vert ramp, or to air over the pool ladder, I focus down onto the very specific manipulations of my hands. I try and try again. I do a little better. I get the hang of this tiny corner of the universe, but I don’t master it, and the game doesn’t tell me that that’s my goal. It’s just there for me to sample and think about, to inhabit for a short amount of time before I move on. 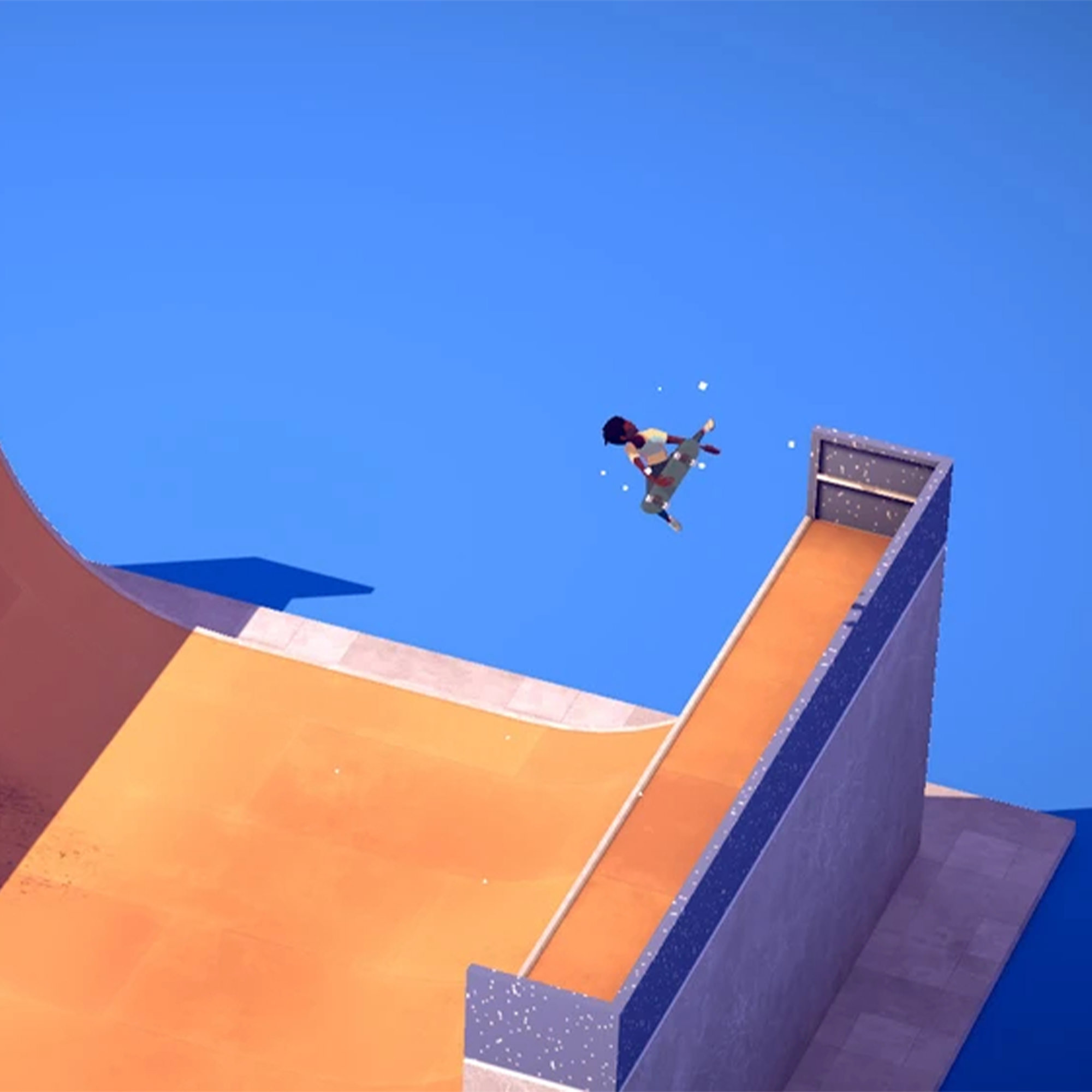