Surfers in California get the bright idea to surf concrete and invent Skateboarding. The origin of the first skateboard has never been proven as it seems to have been the spontaneous invention of multiple people. Wooden boards with roller skate wheels slapped on the bottom where the makings of the original boards these pioneers took to the streets. Could you imagine the looks on the faces of people seeing this for the first time? Long haired shaggy surfer duded ripping up the streets on 2Î4ĺs and roller skate wheels! The world ĹRadicalĺ comes to mind in such true original form.

By 1963 Skateboarding was all the rage. Popularity of the sport was at its peak. Companies such as Jackĺs, Hobie, and Makaha started having real competitions consisting of Downhill Slalom and Freestyle where skaters like Torger Johnson, Woody Woodward and Danny Berer paved the way for future skaters. Then in 1965 for some reason Skateboarding seems to simply die. Considered to be a fad that came and went, skateboarding seemed to fade over night. Some few stayed true to the sport and continued to create homemade boards and fine tune their craft. One of the reasons I suspect skateboarding loosing some of its ground was the fact that the sport was very dangerous. The clay wheels they used were everything but safe and lead to many injuries.

Then like all things, in a moment, everything changed for skateboarding. The invention of urethane wheels by Frank Nasworthy in 1972 made it possible for skateboarding to make its comeback. He started the company Cadillac Wheels. In 1975 skateboarding got the boost it needed. In Del Mar, California a slalom and freestyle contest was held at the Ocean Festival. That day, the Zephyr team showed the world what skateboarding could be. They rode their boards like no one had in the public eye, low and smooth, and skateboarding was taken from being a hobby to something serious and exciting. The Zephyr team had many members but as some of you might know the most notable of them where Tony Alva, Jay Adams and Stacy Peralta. Then in 1978 Alan Gelfand (nicknamed ôOllieö) invented a maneuver that gave skateboarding another revolutionary jump. He would slam his back foot down on the tail of his board and jump, thereby popping himself and the board into the air. The ollie was born, a trick that completely revolutionized skateboarding. At the end of the 1970s skateboarding took another hit when the public skateparks that were being built suffered from the outrageously hight insurance rates due to the danger factor of skateboarding.

Skateboarding continues to grow as the anti-establishment subculture that we all know it as. Skateboarders had become hell bent on progressing their passion for the sport so they started building there own ramps in their backyards. Itĺs no secret that this became a problem for local construction companies when they started to notice their lumber was disappearing. But lets not forget that construction companies where part of the establishment so to hell with them they thought. Aside from the ramps they built in their backyards to skate on they saw the whole world as there skatepark and took to the streets. During this time many new board shapes took form allowing for skaters to overcome obstacles otherwise impossible. Another invention in the 1980s played a major roll in skateboarding history. The intention of VHS. Stacey Peralta and George Powellĺs Bones Brigade team starts recording skateboarding videos that will reach kids all over the world. The team included Steve Caballero, Tony Hawk, Mike McGill, Lance Mountain, Rodney Mullen, Stacy Peralta, and Kevin Staab. This is the team responsible for The Bones Brigade Video Show.

At the end of the 1980s skateboarding took yet another dive in popularity when vert skateboarding became far less popular than street skateboarding. In the early 90s skateboarding starts to rise again as it finds some common ground with the emerging punk music. Then in 1995 ESPN holds the first ever X-Games. The event was a huge success and brought skateboarding into the mainstream light sparking interest in many more young kids.

Skateparks pop up everywhere and skateboarding video games lets every kid be a skater. Tons of companies emerge and become more and more acceptable in society. The notion of skateboarders being criminals starts to dwindle. The X-Games continues to become more and more popular with Skateboarding at the helm. One of the big factors today that makes skateboarding so huge is the fact that pros make real money. Wining events can bring in hundreds of thousands of dollars. Kids are realizing that you donĺt have to become a doctor or lawyer to make a buck. Skateboarding has also played a big role in fashion earning its place among the masses. Companies like Diamond Supply Co, Hurley, Vans, and RVCA all making millions off the skateboarding lifestyle.

If this is what happened in the last 60 years I canĺt help but wonder what skateboarding has in store in the next 60 years. I found this cool video that gives a visual representation of the evolution of skateboarding. 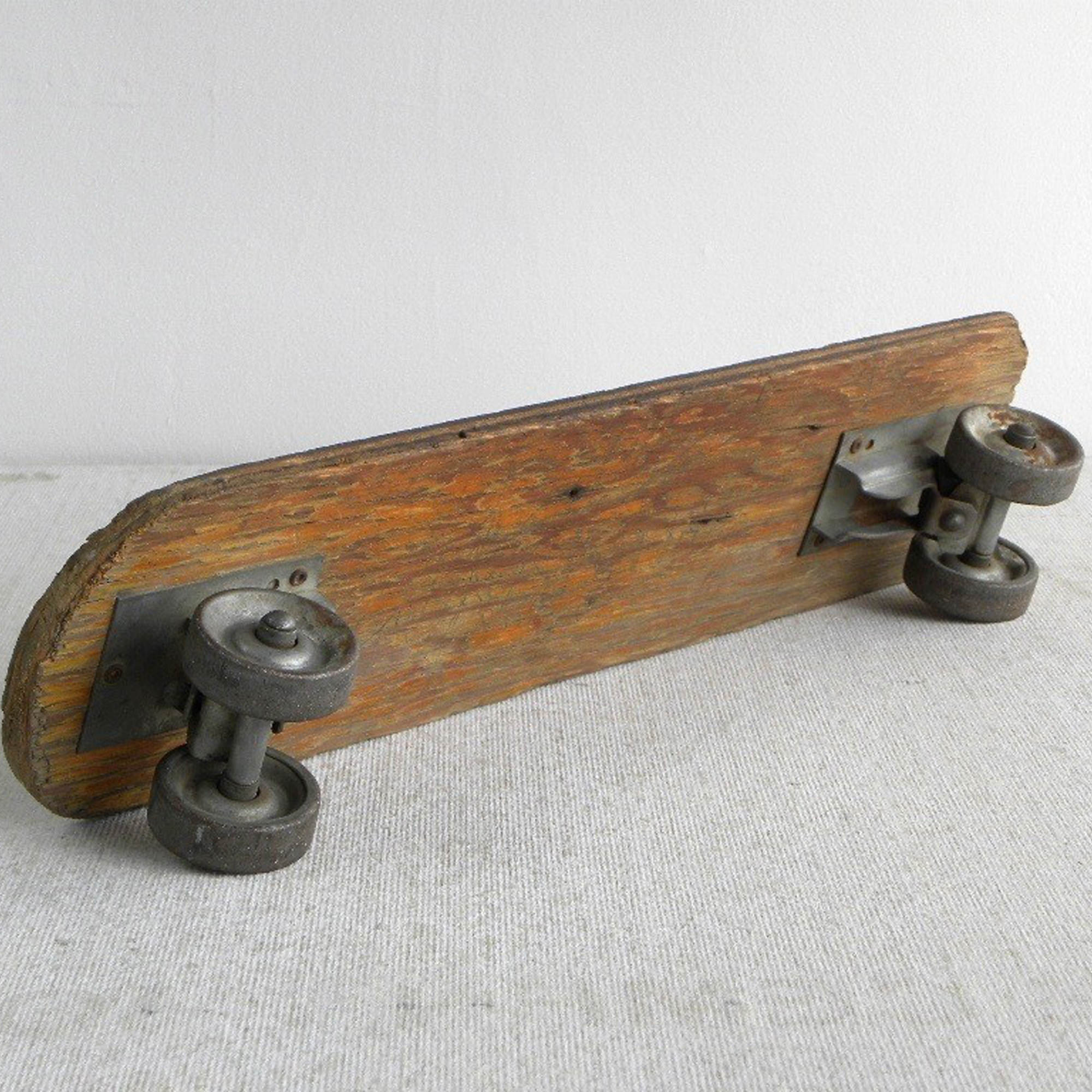