Not tasty Japanese delicacies, but choice morsels from the rich lexicon of skateboarding. The new Olympic sport ó competition starts Sunday ó comes with a language all of its own.

For skaters, the jargon these athletes use to describe their acrobatic tricks allows them to understand each other, regardless of where theyíre from. An ollie, for example, is an ollie in Paris, Portland or Perth.

ìYou can meet friends skateboarding really fast because of that,î says U.S. skater Alexis Sablone. ìEven if you canít say much of anything else, you can still skate together and cheer each other on (because) you know the names of the tricks.î

Skate-speak saves time, too. Far easier to say ìollieî than ìskatingís basic trick where the athlete makes the board take off by pushing down hard on its tail and, once airborne, then levels it out before landing.î

And a nollie? Basically the same trick, with the take-off impulsion applied via the nose. Nose. Nollie. Get it? Thereís a logic to much of the lingo. Olympic fans will be speaking skating in no time at all.

THE ABCs: In the ìstreetî competition, skaters will rattle over stairs, rails, ledges and other urban furniture. The men go Sunday, followed by the women, including Sablone, on Monday.

The 20 contestants will be judged for their skills and style over two runs of 45 seconds and five individual tricks. The top eight then go again in the final. In the ìparkî competition, in week two, skaters will roll around a giant, feature-filled bowl.

Some, like Sablone, skate ìgoofy,î with right foot forward, as opposed to left-foot forward ìregularî skaters. Unless, of course, they skate ìswitch,î riding against their natural preference. Either way, theyíll need stunts that are ìgnarlyî ó both risky and amazing.

TALKING THE TALK: Sometimes, the names of tricks tell their story. Scraping one or both ìtrucksî ó the sturdy axles on the underside of the board ó along a rail, curb or other obstacle is a ìgrind,î evoking the screech of metal on metal or metal on concrete.

But itís a ìslideî when the surface doing the scraping is the wooden board itself, including its mid-section between the wheels (ìboardslideî), the underside of the nose (ìnoseslideî), or tail (ìtailslideî).

Also somewhat self-explanatory are names of some tricks that include degrees of rotation. Like the ìfrontside 180 ollie,î with skater and board rotating half a turn whilst airborne, or doing a full rotation for the ìfrontside 360 ollie.î

And there are all sorts of ìgrabs,î clutching the skateboard in mid-air with a hand. The stalefish, grabbed between the heels, is one.

From there, the variations are almost endless.

WHATíS IN A NAME?

Some tricks pay homage to their creators. The 360-rotated ìcaballerial,î ridden backwards, is named after Steve Caballero. The salad grind owes a debt to the surname of skater Eric Dressen, which sounds like the dressings that go on salad. That play on words inspired the name.

When it comes to naming tricks, ìthere are no rules,î says Greg Poissonnier, whoíll be commenting on Olympic skateboarding for French TV and contributed to an illustrated guide, or ìtricktionary,î of skating stunts.

ìSometimes, itís just what they called it at the moment it happened,î he says. ìTheyíre like, ëWeíve done this, now what are we going to call it?í And they give it a name.î 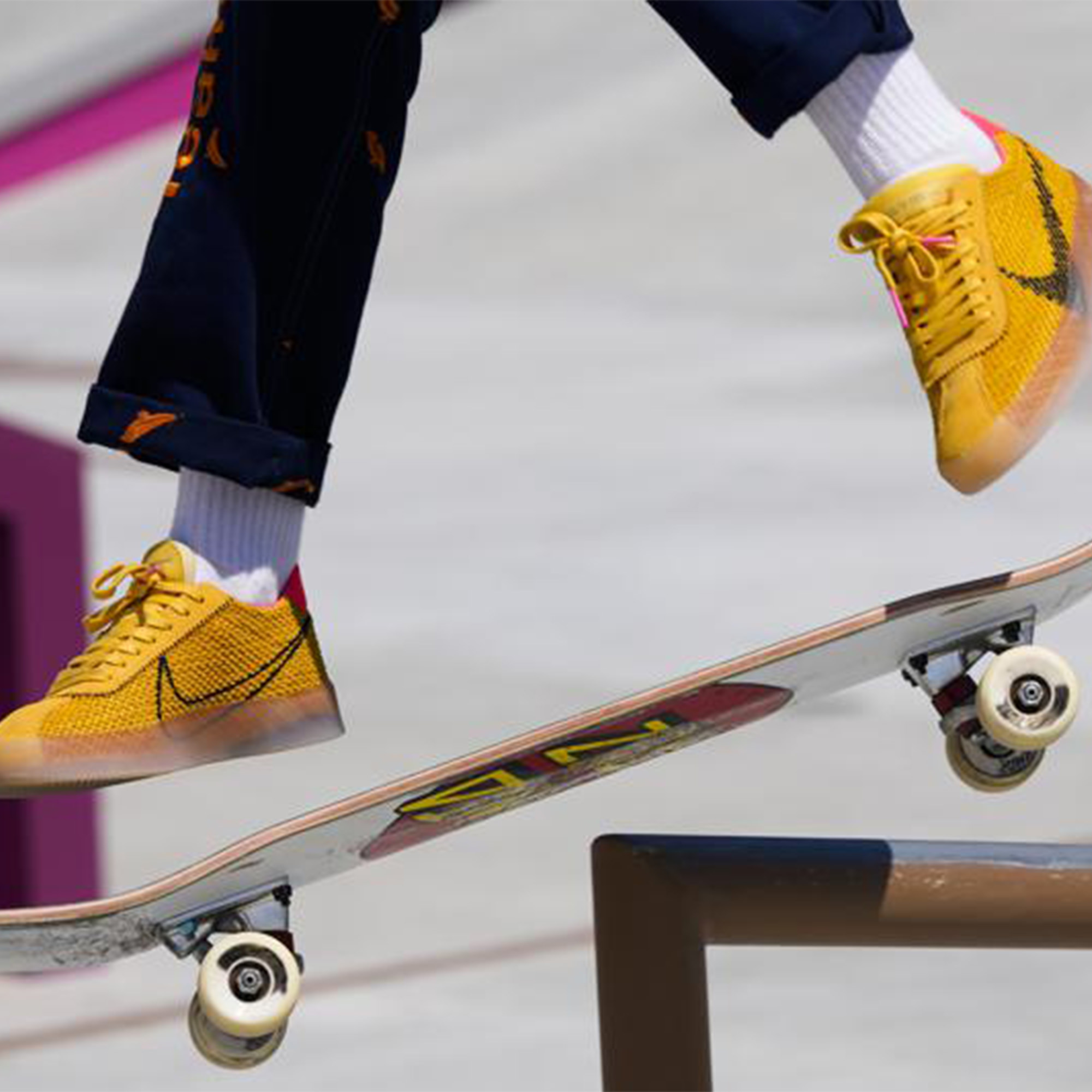