In less than a year, skateboarding will make its debut in the Olympic Games in Tokyo. It's an international sport with an estimated 50m participants – but, more than that, skateboarding's DIY ethos and strong ties with art, music and the built environment make it an unlikely asset for cities.

In the past, skateboarding was seen as an antisocial activity: a swath of by-laws imposed restrictions in cities across the UK – including in my own city of Nottingham, where it was banned in 2000. But today, a growing body of evidence shows that skateboarding can help attract investment, reclaim public spaces and create resilient communities. And nowhere has this transformation been clearer than in Nottingham. A bumpy recovery from the 2008 recession has revealed weaknesses in the way cities such as Nottingham seek to grow and develop. In a recent study on job quality, my colleagues and I found that Nottingham has the lowest household income in the UK, while residents reported significantly lower well-being – despite being a relatively large economy in terms of output per capita.

Further research from 2014 and 2016 found Nottingham performed poorly according to traditional measures of development. But it also discovered a network of assets overlooked by the official statistics, including value produced by the city's booming music and art scenes, a richly varied built environment and an array of voluntary and third sector activity in some of its most disadvantaged wards. Skateboarding is fast becoming one such asset. In less than a year, Nottingham's skaters have taken their indoor park into community ownership, helped bring almost Ł500,000 of capital investment into the public realm and successfully delivered the UK's first citywide international skateboarding festival. And Nottingham is not the only city that is benefiting from embracing skateboarding.

At Pushing Boarders – the world's first international academic conference on skateboarding, held this year in Malmö, Sweden – skaters and experts from the US, Canada, Europe and Australia came together in a special workshop on cities. We explored the positive changes skateboarding can bring about – from improving the lives of young people to creating better designed spaces and more inclusive decision-making.

After-school skate programmes in Colorado and Dayton, Ohio are proving to be therapeutic for young people with challenges such as Attention Deficit Hyperactivity Disorder (ADHD). Skateboarding's informal, non-competitive nature normalizes failure – skaters practice a trick hundreds of times, building resilience and perseverance. In Dayton, which has seen the worst effects of the US opioid crisis, these programmes can disrupt the toxic peer groups that can lead to substance misuse, and establish good role models instead.

Similarly, skaters in Southampton have measured significant improvements in participants' well-being at the end of an alternative education programme, which included teaching engineering and maths by building skate ramps. As well as improving health and well-being, skateboarding can empower young people to improve their cities. In Tampere, Finland, skaters built a DIY skatepark in an abandoned matchstick factory, which was later legitimized by the city. This process paved the way for a fruitful partnership between local young people and the municipality. Skaters worked alongside the city council to secure spaces for further projects, and went on to deliver employment programmes for out-of-work youth and creative projects in the public realm.

The city's tourism agency now uses skateboarding in its marketing. Skater and academic Mikko Kyrönviita sees this as a wider example of "DIY placemaking" – where local young people help shape the way the city is marketed to visitors, and how urban space is designed and managed.

Skateboarding and the city

More and more skateboarders are arguing for the wider benefits of mixed-use public spaces. Michael Barker, a New York skater and architect, advocates soft-edged spaces "seamlessly integrated into the life of a city" (as opposed to the "hard edges" of traditional skateparks), to help address the loss of the urban commons. This can help include the local community in the design of public spaces – as urban planner Jeff Hanson advocates in Calgary, Canada. And in Toronto, Ariel Stagni mediates between interest groups to make multi-use spaces increasingly normal, and change politicians' perceptions of skateboarders.

Academics Sharon Dickinson and Chris Giamarino have critically reviewed the tactics skateboarders use to protect the spaces they practice in from being shut down or redeveloped, to understand why some campaigns have been successful while others have failed. DIY or guerrilla regeneration can be applied, alongside more conventional approaches. In Los Angeles, for example, skaters succeeded by appealing to municipal priorities relating to creativity and entrepreneurialism, and presenting their use of the space as convivial and inclusive.

And in London, academic Iain Borden has shown how skaters add value to urban spaces by making them active and lively and, over generations, create a strong sense of shared heritage. This was demonstrated by the Long Live Southbank campaign, as they fought to protect, restore and expand the undercroft space at the Southbank Centre.

Skateboarding gives young people a chance to change the way public spaces are designed and used: whether by working formally alongside local governments, or simply doing it themselves. As well as transforming urban spaces, skateboarding provides a means to tackle social issues relating to education, addiction and gender equality. The challenge now is for experts and academics (many of whom, like me, are skaters themselves) to share this knowledge, and show authorities and citizens how skateboarding can be an asset to any city. 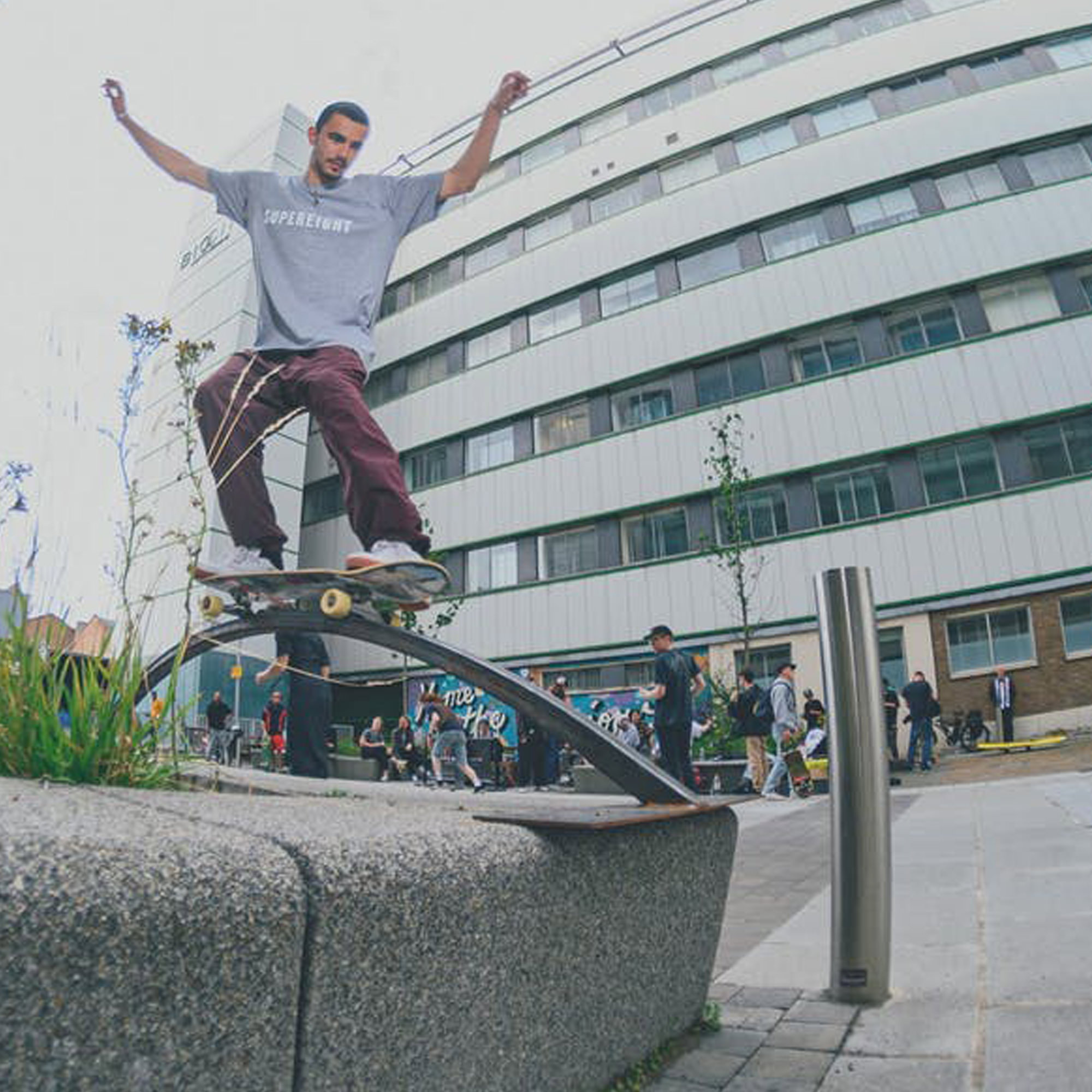