Skateboarding Arrives at the Olympics: What to Watch For

Skateboarding Arrives at the Olympics: What to Watch For

Skateboarding was added to the Olympics with the hope that it will instill the Summer Games with a jolt of youthful rebellion.

One way it will do that in Tokyo is by starring true youth.

TWho are some skateboarders to watch?

The youngest athletes in the women’s park event have reasonable expectations to win medals.

Kokona Hiraki of Japan is 12 (she will turn 13 a few weeks after the Olympics), but two bigger favorites are 13-year-old Sky Brown of Britain and 15-year-old Misugu Okamoto of Japan.

Beyond their diminutive sizes and flying acrobatics in the bowl, Brown and Okamoto are a study in contrasts. Brown is the effervescent daughter of a British father and Japanese mother, who grew up mostly in Japan and now lives mostly in California. Her smile will earn her fans in at least three countries.

Okamoto is a quiet and straight-faced competitor, the best park skater of the past couple of years, leading a deep Japanese contingent that may capture more medals in skateboarding than any other country.

Others are likely to be gobbled up mostly by the United States and Brazil. That is the other thing that skateboarding promises besides youth — the likelihood of medalists from four continents and a broad range of diversity and personalities.

TWho are some of the other stars?

Men’s park is a wide-open contest that promises high-flying acrobatics, perfect for television. American talent runs deep: Heimana Reynolds, ranked No. 1 in the world, No. 2 Cory Juneau and Zion Wright (from Hawaii, California and Florida, respectively) could each win a medal — or none at all. A trio from Brazil might interfere, or maybe Oskar Rozenberg of Sweden.

Rune Glifberg of Denmark will get attention because, at 46, he looks like most everyone else’s dad. He won an X Games medal in 1995, before most Olympic skateboarders were born.

Both street competitions are top-heavy with favorites. For the men, Nyjah Huston of the United States is considered the best street skater in the world, and the most famous skater not named Tony Hawk. He’s likely to feel some pressure to skate away with gold.

His biggest rival is Japan’s Yuto Horigome, who beat Huston at June’s world championships and might emerge as one of his country’s big Olympic stars. It will be a surprise if they do not finish 1-2, in either order.

The women’s street contest could see a Brazilian sweep. Impeding that possibility might be skaters from Japan and the United States, like Mariah Duran or Alana Smith. But Brazil has three of the world’s best: the five-time X Games gold medalist Leticia Bufoni (age 28), Pamela Rosa (22) and Rayssa Leal (13).

Together, they have a range of talent and fun, experience and youth that highlights what the Olympics hope that skateboarding brings. Any or all of them could reach the podium.

THow does skateboarding work at the Olympics?

This is the debut of skateboarding at the Olympics, but it will look a lot like other major skate contests, such as the Dew Tour or Street League Skateboarding.

There are two distinct disciplines: street and park, both of them judged by a panel, each with their own qualified athletes. If you watch snowboarding at the Winter Olympics, think of them a little like slopestyle and halfpipe — variations in the setting that feature slightly different types of acrobatics.

Street is a playground of stairs, rails and short ramps, meant to simulate something like a schoolyard or an office park. There are no compulsory moves. Athletes will perform two 45-second runs and five single tricks, and each will be judged on a 10-point scale.

The four best scores will be added together. A perfect score would be 40.

Park is meant to evoke a swimming pool. It is a deep and unsymmetrical bowl of steep drops and contours. Athletes will navigate it in a single nonstop stretch for 45 seconds, or until they fall. They will launch and spin high over the bowl’s lip and drop back into the pool to gather speed to do it again. A panel of judges will score each athlete’s three runs, and the best score is the only one that counts.

In both street and park, the fields of 20 men and 20 women (featuring no more than three per country in each discipline and gender) will each be reduced to eight finalists, who will come back later in the day and start over again.

TWhen and where are the competitions?

All skateboard competitions will be held at Ariake Urban Sports Park in Tokyo, an outdoor venue constructed specifically for these events. It is a hub of action sports. BMX will be contested nearby.

Because of the time zone difference, these competitions will begin the previous evening on the East Coast and end after midnight. They will be shown on NBC, CNBC or the USA Network. 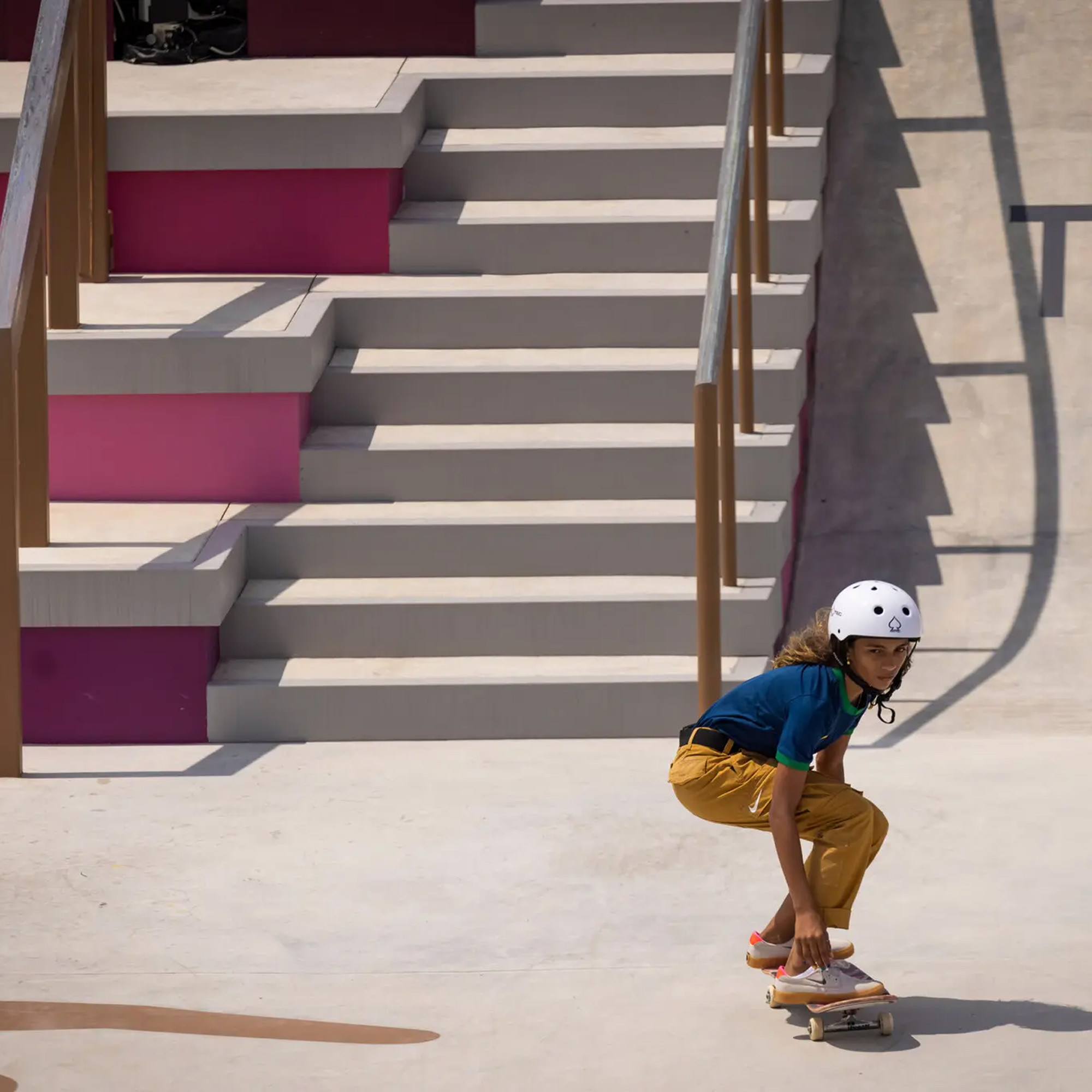