For decades skateboarders have tossed on a beat up pair of sneakers and hunted for their town's best skate spots. This month, however, eighty of the world's best skaters will don sleek Olympic uniforms and look for judges' point totals as skateboarding makes its debut as an Olympic sport in Tokyo.

Some in the skateboarding community — including members of the U.S. national team — have mixed feelings about skating’s ongoing “sportification,” however, and have shared fears of further oversight and rigidity in a culture that values independence and self expression.

That dissonance echoes throughout skateboarding. Since becoming popular in Southern California in the 1960s, skateboarders have shaped film, fashion, music, video games, art, photography and writing. Tens of millions of skaters worldwide now make up a diverse and sought-after community — and a multibillion-dollar industry — while still remaining a counterculture powerhouse known for its rebellious inclinations.

“I think as a community, people were attracted to skateboarding because it was not part of something like the Olympics; it was not mainstream,” said Ian Michna, the publisher of Jenkem Magazine, a skateboarding and culture magazine. “It was more of an artistic activity you could do on your own independently and shape your own way, be your own person and express yourself.”

This month skateboarding enters a new chapter when 80 skaters will represent 26 countries at the street and park competitions in Tokyo. All the while, some still question whether skateboarding is even a sport or should be governed by a body like the International Olympic Committee.

“Now with skateboarding becoming commodified by the Olympics and them turning it into a sport with numbers and statistics and putting values on ‘tricks’ and things that were genuinely once just movements of expression, some people are going to say, ‘This is not in the spirit of skating,’” Michna said.

Typically that feeling is expressed among the old guard of the skateboard world, but aspects of that perspective can be found among the 12 skaters the U.S. is sending to Tokyo.

Alexis Sablone, a member of the U.S. women’s street team, has been open about her view on skateboarding’s development.

A queer artist and architect with an MIT degree, Sablone, 34, gained much attention while still in high school in the skating world after appearing briefly in the 2002 video “PJ Ladd’s Wonderful Horrible Life,” an influential work in which she fearlessly kickflipped over gaps and stairwells and slid her board down rails to the pop song “Mambo Italiano.”

Despite a successful career as a contest skater, Sablone has been vocal about her dislike of competition in skating and even a discomfort that skateboarding might be called a sport.

“There is this, like, sportification of skateboarding happening, but skateboarding itself is not a sport,” Sablone said on HBO’s "Real Sports" last month.

“The best part of skateboarding is about style and counterculture and we don’t play by the rules,” added Sablone, who noted that skateboarding is more often considered by practitioners to be a lifestyle, art or method of self-expression. “It’s like, ‘I’m going to make this up and do it my own way.’ That’s what I love about skateboarding.”

Others on the team have also expressed similar sentiments, though all have noted the intense honor they feel to represent the United States in the Olympics.

“It’s a fine line and really tough,” said Paul Zitzer, a former professional skateboarder and NBC Olympics analyst. “When you’re talking about skateboarding and trying to explain what it means to people who don’t know anything about it, you want to get it right. There’s this sense of obligation and responsibility to represent skating the right way.”

Even skating’s most successful stars, like Tony Hawk — who has often spoken on the concept of “selling out” within skate culture and been derided for it at times — have a complicated view of skateboarding becoming an Olympic sport.

“I have a bit of a mixed feeling, obviously, about the Olympics because I feel like we were never looking for their validation,” Hawk told Yahoo! Finance in March, though he added that he saw “the benefits of it, and I'm excited that these places where people have been discouraged from skating will now be embraced for it.”

Hawk, who declined to comment on this story, joined NBC earlier this month as a correspondent for the Tokyo Summer Games and appeared in an ad for the Olympics alongside Nyjah Huston, a member of the U.S. men’s team.

Proponents of skateboarding’s inclusion in the Olympics have emphasized the message of acceptance. They said they hope a greater number of kids will feel inspired to skate and that they won’t be judged for it, like they might have been in the past.

“Every type of skateboarding is good skating,” said Felipe Gustavo, a street skateboarder from Brazil who said he is excited to represent his home country in the Olympics this year. “If you’re doing tricks, you’re cruising, riding downhill or competing in contests, everybody who skates has that same feeling, you know? We just took it a little more serious as a sport.”

Neftalie Williams, a University of Southern California postdoctoral scholar and Yale Schwarzman Center visiting fellow who studies skateboarding, said the Olympics will be a positive for skateboarding and connect skateboard communities across the globe.

“I'm the most excited about these skateboarders getting to be themselves at the same time as being in the Olympics,” Williams said. “What the Olympics hopefully does is offer a translation for people to understand that skateboarders are not causing trouble or taking away resources but are actually resources that add to their community.”

While skepticism remains in some corners of the community, Chris Roberts, a former professional skater who operates the skateboard interview podcast “The Nine Club,” said he expects that most skateboarders will be watching anyway.

Roberts said he has had mixed feelings about skateboarding as a sport in the Olympics, but he hopes that ultimately it would be of benefit to the entire community — not just those at the top. 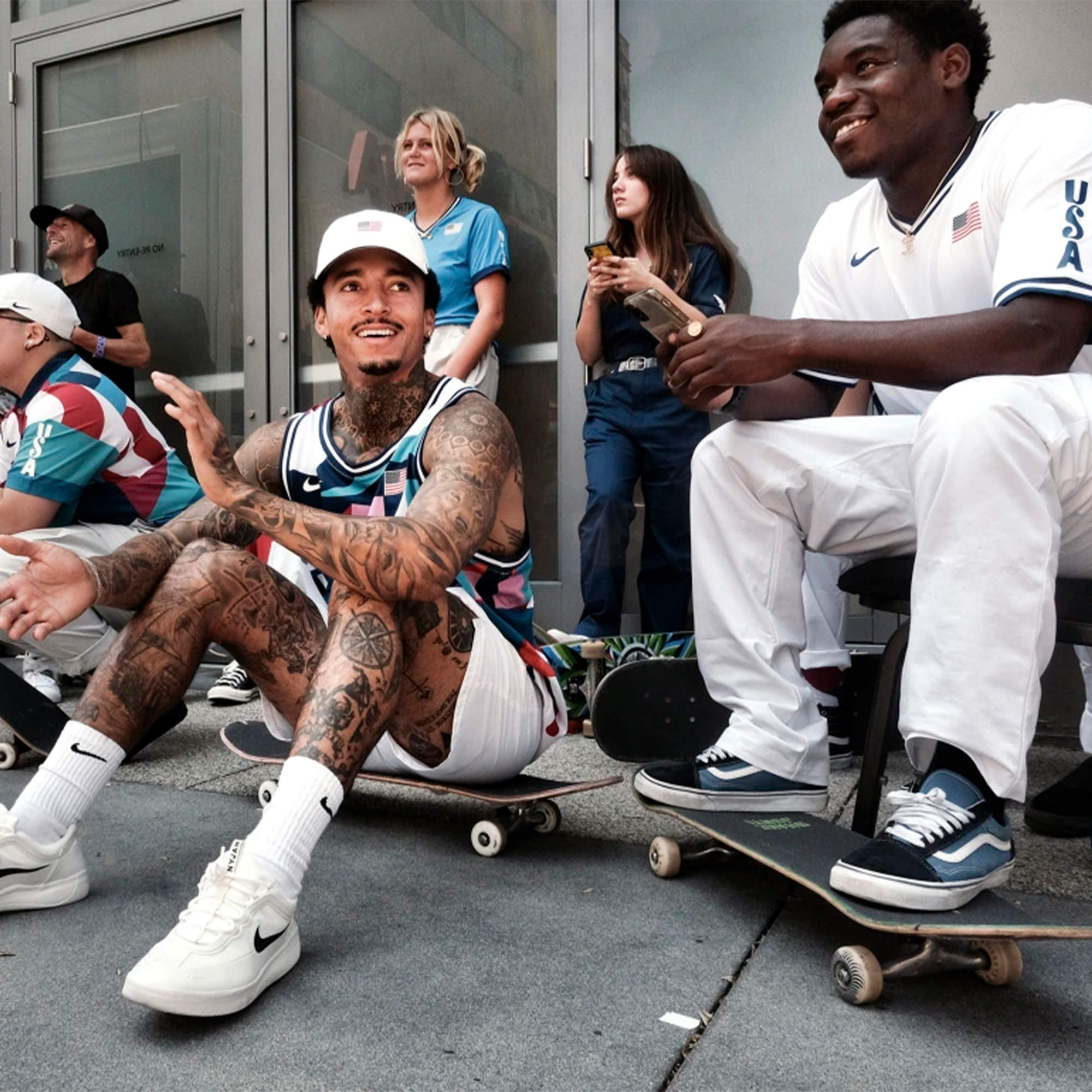