The sport of skateboarding has changed a lot throughout the decades. When the Zephyr skate team began competing, they revolutionized the sport in the 1970s. The sport began as an outlet for young surfers to gain speed and thrills. It also served as a symbol of rebellion against authority. For years, skaters have been getting kicked out of public places. Tony Alva, and the rest of the Zephyr skate team made their mark and paved the way for the pro skaters we know today such as Tony Hawk.

In the 2020 Tokyo Olympics, skateboarding finally made its debut. The sport is now a respected Olympic game and the athletic capabilities of many skateboarders are finally getting their well-deserved recognition. Skateboarding takes precision, dedication, and incredible hand-eye coordination. It is definitely not a sport that anybody can pick up. For many, it takes years of practice and a lot of falling down.

Many films have been made about sports. In fact, there have been several fictional (and nostalgic) films and documentaries about skateboarding that showcased the sport and the symbolism behind it. Let's take a look at ten of the greatest skateboarding movies of all time.

The 2003 comedy Grind follows the adventures of four aspiring skateboarders who try to gain the attention of their hero Jimmy Wilson (Jason London). The film includes several memorable cameos including Bam Margera, Tom Green, and Preston Lacy. Grind is a goofy film in the vein of the Jackassera, and delivers tons of laughs. Although the film was not well-received by critics, it is a perfect movie for any skateboarding buff.

Street Dreamsis a 2009 skateboarding flick that follows Derrick Cabrera (Paul Rodriguez), an aspiring skateboarder with big dreams of going pro. The cast also includes pro-skater Rob Dyrdek as well as Jackass alumni, Ryan Dunn. The film chronicles the many hurdles and shenanigans that the group must go through to achieve their dreams. The film currently has an 84% audience rating on Rotten Tomatoes.

This 1980's skater drama stars Josh Brolin as Corey Webster, a young skateboarder in Los Angeles who trains and hopes to win a downhill skateboarding competition. In typical 80s fashion, Webster falls in love with a young woman (Pamela Gidley) while facing off against Hook (Robert Rusler), the leader of a punk skateboarding gang.

Skate Kitchen, a 2018 teen drama, was written and directed by Crystal Moselle. After premiering at the 2018 Sundance Film Festival, the film was well-received by critics and spawned a spin-off series for HBO entitled Betty. The film explores many gender topics and follows a group of female skateboarders attempting to break down gender norms in the male dominated sport. The film was beautifully shot and very current to the political and social issues that we know today. The cast includes Jaden Smith, Rachelle Vinber, and Dede Lovelace.

Hulu's Minding The Gap is a fantastic documentary that follows three friends growing up in Rockford Illinois, all bound together through their love of skateboarding. The film explores many themes including friendship, abuse, and racism. The film received positive reviews from audiences and critics alike and has recently been added to the Criterion Collection.

Gus Van Sant's 2007 drama follows a young Portland skateboarder (Gabe Nevins), who becomes mixed up in a criminal investigation after the death of a train yard security guard. The film is intense, gritty, and is bound together through the brilliant direction of Gus Van Sant. The cinematography, performances, and story all hit the mark for a great movie. Paranoid Park is based on Blake Nelson's novel, of the same name.

Jonah Hill's directing debut Mid90s is a beautiful coming-of-age story filled with 90s nostalgia. The film follows a young boy named Stevie (Sunny Suljic) who finds refuge with a group of skateboarding teens while dealing with a troubling homelife. The film hits the mark with all aspects of filmmaking including well-shot scenes, memorable performances, and an intriguing story. Jonah Hill is certainly a force to be reckoned with when it comes to filmmaking.

Larry Clark wrote and directed Wassup Rockers, which follows a group of Guatemalan-American and Salvadoran-American teenagers who embrace punk culture, rather than getting roped into gangs and violence. As a filmmaker, Clark has always been heavily influenced by skate culture, and this film was a great take on the sport that explores themes of racism, violence, and punk culture.

Catherine Hardwicke's 2005 film tells the true story of the Zyphyr skateboarding team and the birth of the sport as we know it. Lords of Dogtown takes place in Santa Monica, California in the 1970s and perfectly encapsulates what it was like to live there during that time. It shows you, in great detail, the crossover from surf-culture to skate culture and features several memorable performances. Emile Hirsch plays the leader of the team in a scene-stealing performance. Heath Ledger also gives a tour de force portraying the team manager, Skip Engblom. This is a must-see for anyone interested in the history of skateboarding. 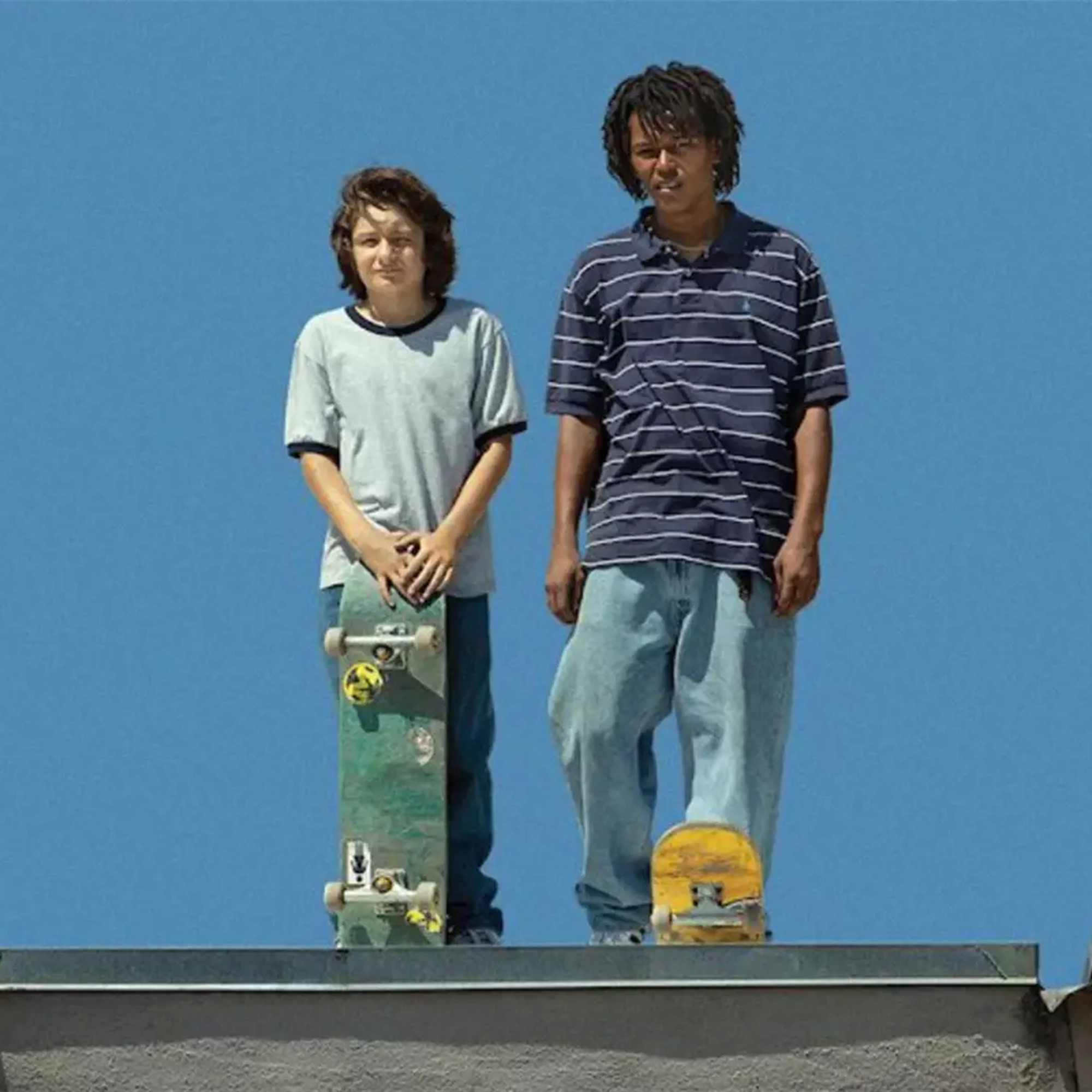