In late March, Mary Beth Leland found herself at the Petaluma Skate Park, an expanse of undulating concrete near the Sonoma-Marin Fairgrounds off of East Washington Street.

Leland, 47, wasn’t there to skate. She’s not sure she’s ever stepped one wobbly foot on a skateboard. She was there for the skaters, and she noticed most of them weren’t using the park either.

They were in the parking lot, pushed out by kiddos on bikes and scooters and their doting parents – each drawn to the park amid the COVID-19 pandemic.

The skaters, Leland said in an email to city leaders this spring, were happy to explain their side of things to an adult who would listen and they were “filled with ideas to resolve the conflict.” Without resolution, though, Leland simply sees heartbreak.

“Their demographic is often on the fringes of mainstream culture, and this was a place they could congregate and do something healthy, social and in public without being shunned, in the way, reported to the police, etc. But now it’s gone,” she said in the email.

Leland is part of a group of at least a dozen Petaluma residents who would like to see that changed. The adults, many of whom have no connection to skateboarding, represent the latest push in a years-long effort to bring a second skate park to Sonoma County’s second-largest city.

Leland and company formed the Facebook page Petaluma Parks Budget Action Group with the goal of forcing the city’s parks department to plan seriously for the future of parks and recreation, and to ensure that planning is equitable across demographic and cultural groups. They don’t see that happening today.

The group has ready allies at City Hall, too, including Petaluma Vice Mayor Brian Barnacle, the council liaison to the city’s parks commission, and council member D’Lynda Fischer.

Drew Halter, deputy director for Petaluma’s Parks and Recreation Department, said the push for a second skate park really took off in fall of 2019, during outreach efforts related to the countywide Measure M funding measure.

“I think the redesign of the current skate park — whatever that looks like — that is a priority of city staff, city officials and supported through the outreach efforts we did,” Halter said.

Although he said he wasn’t sure whether a study would point to a second park or a redesign of the current facility, Halter said any effort to bolster the city’s offerings for skateboarders and others who use skate parks could move rather quickly once funding is secured.

“The energy we got behind it, the comments we received from the skate park community indicates they really care, and want to see it improved,” Halter said. “And we’re all in support of letting that process play out.”

Fischer said she plans to work with Barnacle to develop a plan for studying the city’s approach to parks and recreation, and she’s eyeing a request for $65,000 to hire a facilitator to guide the development of a parks master plan.

She said it could be done in six to nine months, and Barnacle, for his part, seems to be on board with the idea.

“We really need to take a step back and think about the entirety of what our parks could be, and set our priorities with a full understanding of the bigger picture of where we want to go,” Barnacle said.

Both Barnacle and Fischer said there’s enough evidence of need now to move forward with building a skate park immediately. But it’s not yet clear whether parks officials or other city leaders consider a second skate park a priority.

Still, with newfound adult allies, skaters see potential in what has previously been a series of failed efforts, including a guerilla DIY park along the river that lasted four years before being torn down.

But it could take some time. It took 13 years for the current skate park to be built after the initial push, including at least four years of planning, meaning current young skaters likely won’t soon see progress.

Petaluma’s skate park finally opened May 31, 1997. Situated on what used to be 50 Sonoma-Marin Fair-adjacent parking spots, and built for $100,000, the 14,000-square-foot park features a couple of rails, a bowl and some small hills, but zero shade, no water and nowhere to sit.

“It’s not a great place to hang out; it’s in a weird location,” said Aiden Sharkey, 14. “I don’t find myself having a good vibe there.”

Minna Stess, Petaluma’s own 15-year-old skateboarding phenomenon, knows a good skate park, pointing to parks in Napa, St. Helena, Sebastopol and Monte Rio as each being worth the drive. Stess, a would-be Olympian and one of the top 20 skateboarders on planet earth, wasn’t so effusive about Petaluma’s offering.

Eric Odgers, 35, has been skating in Petaluma since he was 13, and his love of skateboarding led him to build skate parks from the Bay Area to Nicaragua.

At one point, Odgers and some friends got so frustrated with the state of the city’s lone skate park, which he calls the “Stonehenge of skate parks,” that they built their own near the Petaluma River.

“We got so fed up with the process that we just built our own until the city tore it out,” Odgers said. “That’s how badly we wanted one.”

Their DIY skate park, which Odgers said got “pretty popular and pretty big,” was in place near the Petaluma River from 2011-15 before city workers tore it out.

Without a new park to pique their interest, today’s skaters have turned the entire city into a DIY skate park, riling up business owners and residents in the process.

Sharkey said skateboarding has changed so much in the nearly three decades since Petaluma’s skate park was built that the park is functionally obsolete.

“Most of the obstacles are outdated; skateboarding has changed,” Sharkey said. “I just want to go skate the streets.”

And though they won’t promise to leave the streets behind, Aiden said a new skate park could pave the way for less skateboarder-centered conflict.

“I think, overall, it will benefit not just the skaters in Petaluma, but also the community,” said Aiden, referencing a new skatepark’s impact on Petaluma. “I think most skaters would say the same.”

And the young skaters who have turned up in droves to public meetings, are happy with their newfound adult allies – even if they’re not skaters.

“I’m definitely welcoming that help – we need a lot of it because it might take a long time to get a park,” Stess said. 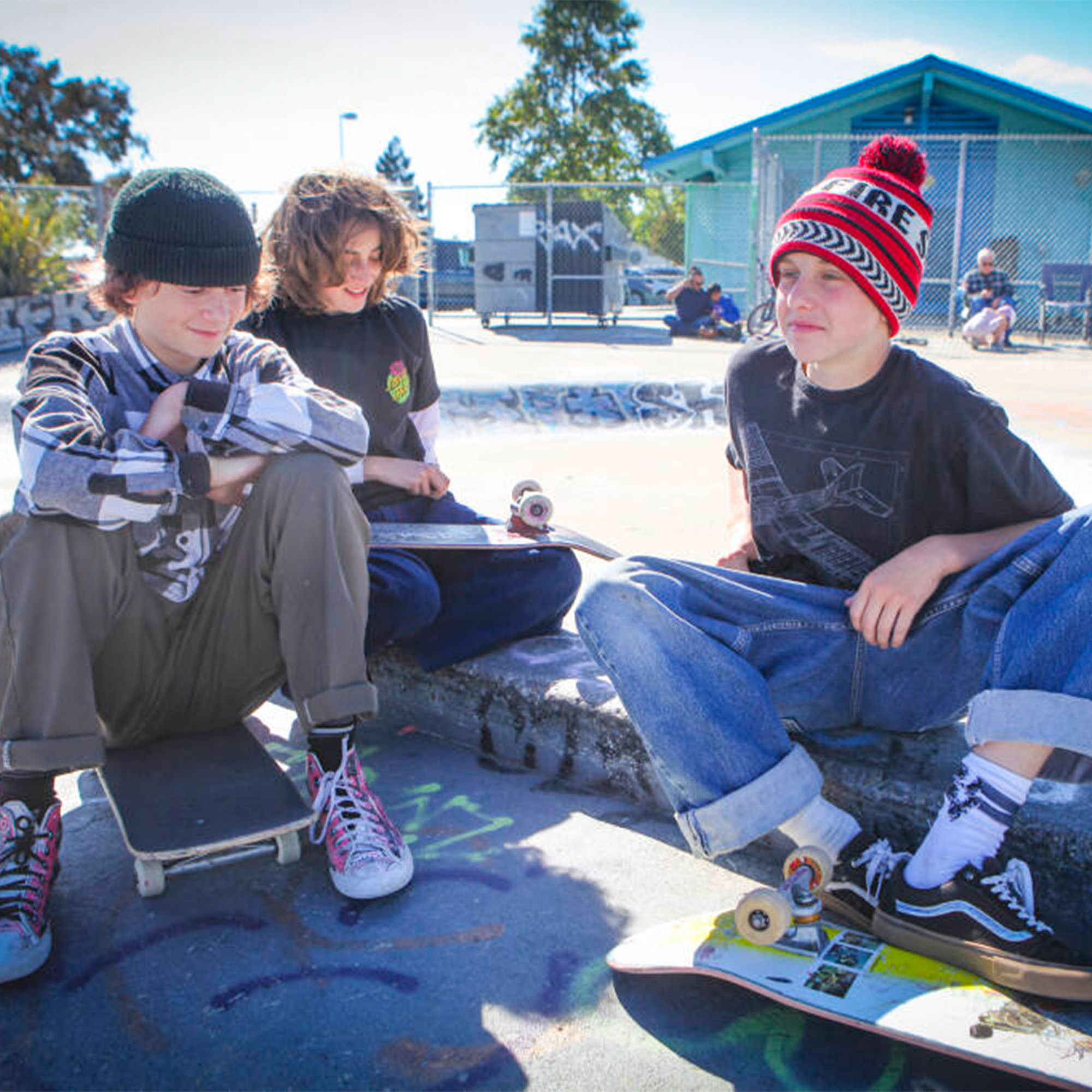