Skateboarders are once again rolling to a legendary San Francisco's skateboard spot, after vandals removed protective wood barriers installed decades ago to prevent skaters from damaging the landscaping.

Pier 7 on the Embarcadero became one of the world's most recognizable skateboarding spots in the late 1990s, when videos of skaters working their tricks on the concrete ledges and stairs went viral, drawing some of the biggest names in skateboarding.

Back then, in response to its underground notoriety, the city installed wooden covers and metal hardware to prevent skaters from damaging the structures -- effectively shutting it down as a skating destination. But within the last couple months, authorities became aware that vandals had removed the barriers, leading to at least a temporary resurrection of one of skateboarding's most hallowed grounds.

"People are excited," said Mario Delgado, a skater and rapper who performs under the name Mars. "This is what made San Francisco skateboarding in its era."

In the late 1990s, Pier 7 drew some of the world's top street skaters to grind and grab air on the pier's concrete structures. Videos of famous skateboarders like Mike Caroll and Chico Brenes performing tricks circulated among skating circles. The pier even appeared as a destination in Tony Hawk's popular skateboarding video games.

"On a regular day you would probably have, I don’t know, 50 skaters," said Brenes. "It was a hangout and it became one of the iconic spots for the city."

No one is exactly sure when or how the vandals removed the wooden boards and skate stops -- at least no one's talking. But word soon got out among skateboarders that the site was back in action.

A spokesman with the Port of San Francisco said in a statement the agency was aware the protective barriers had been removed, and that the teak wood covers wouldn't be replaced because of cost. But the statement hinted that Pier 7's skating return might be only temporary because there were plans to reconfigure the concrete slabs and "the new design is under development."

In the meantime, the return of Pier 7 has infused a sense of nostalgia into San Francisco's iconic skateboarding scene.

"It was the quickest I’ve ever gone back to feeling like I was 15 years old again," said one skateboarder who wished to remain anonymous. "Having a spot like this just brings everyone right back together."

The soaring popularity of San Francisco skateboarding in the 90s ran parallel to the city's redevelopment of the Embarcadero following the demise of the imposing Central Freeway which was badly damaged in the 1989 Loma Prieta Earthquake and removed.

The newly built landscaping decorations along the Embarcadero became the perfect playground for skaters plying their tricks.

"This spot was big time," said skater Casey Benson. "A lot of people came through here, a lot of tricks were done here that never been done before. It was a haven for street skating here in the city."

On a recent day, the population of skaters returning to ride Pier 7's structures ebbed and flowed over several hours -- at times a lone skater plying tricks in the area -- a short time later some twenty skaters emerged, egging one another on, capturing video of their tricks and cheering every time someone would pull off a difficult maneuver. It had the feel of an outdoor club house.

"I don’t think they understand how much it means, not just to skateboarding but to the city, " Brenes said. "I’d much rather skate this than any other skate park because it’s just perfect and it has so much history."

Skateboarders migrated to Pier 7 in the 1990s after the city clamped down at what was then-named Justin Herman Plaza, known by skaters as EMB. That area would sometimes draw a hundred skaters, serving as a central hub for the sport's bursting popularity. It was an era before the city began building organized parks just for skaters.

But unlike the early days when skating was considered an outlaw activity, these days it's been accepted to the point it's even now an Olympic sport.

"Maybe one day a kid that skates here will make it to the Olympics," said Delgado, sitting on a bench at Pier 7. "I’d say there’s a high chance of it."

No one knows if, or when the Port of San Francisco will once again install equipment to dissuade skateboarders from using the area. But for now, the popular spot is a skating destination once again for the first time in nearly two decades.

"It’s another chance for people that are young," Delgado said, "to come out and kind of have the same experience, the same road and the same dream." 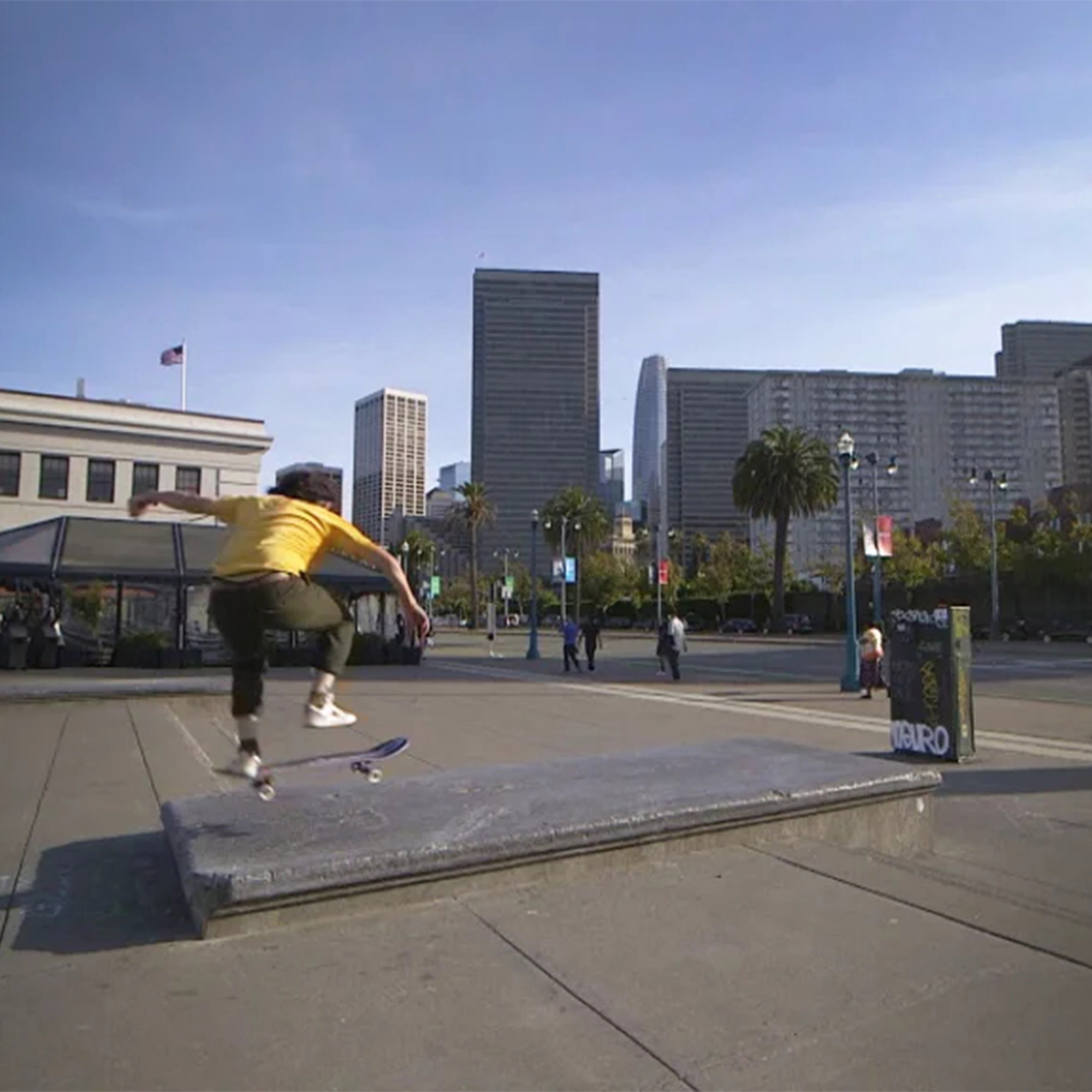