Mike Crespino is a man on a mission to honor the lives of two teen men from his community.

Crispino passed through Coos and Curry counties in September on his mission skateboard 831 miles from his hometown in Eugene, Ore. to San Francisco, Cali. to bring awareness to suicide and struggles with mental health.

Crispino is also being joined by Brookings resident Ethan Hall, who has been with him since start of the journey by offering support if he should need it in a vehicle.

Crispino lost two of his friends, Ben Moody and Silas Strimple, as a result of suicide and untreated mental health issues.

“Both were loved, colorful and respected members of the Eugene skateboarding community and their loss has had a lasting effect on their families and on the young community in Eugene,” Crispino said.

“I chose to take the 101 route because as I’ve come to know and witness for myself that coastal communities and Curry County specifically have higher numbers of suicide and difficulty with barriers and access to proper care,” he said.

In Crispino’s opinion, “We have a state of emergency on our hands.”

Suicide is the second leading cause of death among 10-24 year olds in Oregon, and suicide rates in Oregon have been higher than U.S. rates over the past 10 years, according to Oregon Suicide Prevention.

“It is difficult to pin down the root cause – but I have high hopes during my travels that what I’m wishing to accomplish locally in Eugene will also inspire others,” Crispino said.

Crispino said he has already made lasting connections along his journey – including some in Coos and Curry counties.

“While I was briefly in Curry County, anyone that noticed me skateboarding and every person I spoke with had a story just like ours to share,” he said. “The feeling I had been left with in each of those interactions was that communities aren’t comfortable speaking on these issues in such a way to address them and normalize them and ultimately offer tangible solutions.”

The skateboarder said he thinks this probably stems from the stigma of suicide and the discomforts involved in such a conversation. But these conversations are worth having, he said.

“Of the people I’ve made connections with, many feel unseen, unsupported and left on their own to manage,” he said.

Crispino is skateboarding to raise money to build his friends a memorial at the skateboard in Eugene.

“It was their second home. I watched both grow up from children into teens in the 9 -years of the parks existence, and as an older skater myself (at age 48) I have seen a great many young people find the focus, community and solace they crave from the sport just as I have in my own life,” Crispino said.

The skateboarder said the loss of the two Eugene skateboarders has left many other community members feeling left behind – and they are in need of support as well.

“Our youth in Eugene are saying they do not know where to go for their own struggles and I’d like to do something about that if I can,” he said.

Crispino said his hope is to not only memorialize the friends he has lost, but also to spur the growth of community programs and resources to support others health and well-being.

“I want programs for the youth that they can easily access should they ever need it. That is also my ultimate goal of my trip,” Crispino said. 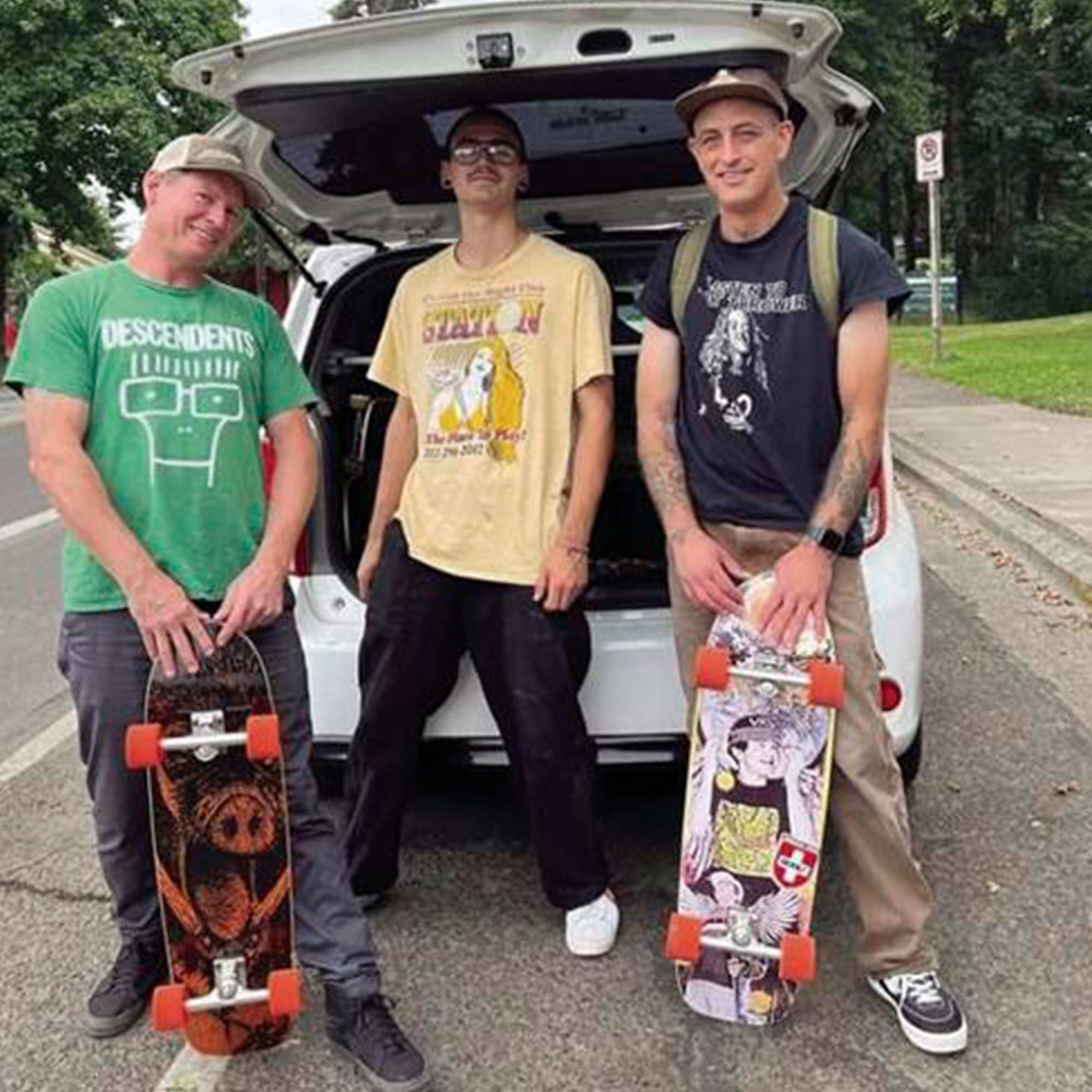