Skateboarder Nyjah Huston on going to the Olympics: 'I'm stoked'

Skateboarder Nyjah Huston on going to the Olympics: 'I'm stoked'

Nyjah Huston is one of the best skateboarders in the world, with top-place finishes in over a dozen X-Games and Street League competitions. But 2021 will take him to a new stage — the Olympics — as skateboarding makes its Olympic debut in Tokyo this summer.

Huston has been able to make a lucrative career out of skateboarding thanks to prize money, 4.5 million followers on Instagram (FB) and partnerships with Nike SB (NKE) and Monster (MNST). But he realizes most athletes in the sport can’t make a career out of it just yet.

“I'm one of the fortunate ones to be making a good living for myself off of being a professional skateboarder. But there's hundreds and hundreds of pro skateboarders out there that are professional and they are so good at what they do. But ... there's just not that much money in skateboarding. So they're kind of just getting by. So I think I think it's good for it in a lot of ways.”

The branding and promotion that accompanies the Olympic stage will undoubtably propel skateboarders further into mainstream culture — though there may be a few bumps along the road, given skateboarding's risk-taking and counterculture reputation.

Shortly after speaking with Yahoo Finance, Huston was charged with creating a nuisance, a misdemeanor in California, for organizing a party amid the COVID-19 pandemic, according to the LA Times. Huston’s team has not released a statement on the matter.

But Huston says skateboarding losing its DNA by becoming more mainstream isn't inevitable or even likely.

“Skateboarders don't really, still don't really even like to see it that way,” he said. “Because there is so much to skateboarding aside from Olympics and aside from competing in general … I mean, really, skateboarding is just going out and having fun with your friends and filming cool tricks and challenging yourself and just really just having a good time. That's what skateboarding really is.”

But for Huston, it really is a career. He started in the sport when he was 5. He’s 26 now and still hasn’t broken a bone, but realizes he can’t keep skating this hard forever. He says he wants to compete for as long as he can, but he’s also watching athletes like LeBron James for how to manage his career for the longterm.

“I'm trying to think about my future and be smart in the way I'm using my money and saving my money and making money outside of skateboarding. So I'm stoked that I'm taking that next step in life and having my future in mind, because that's important.” 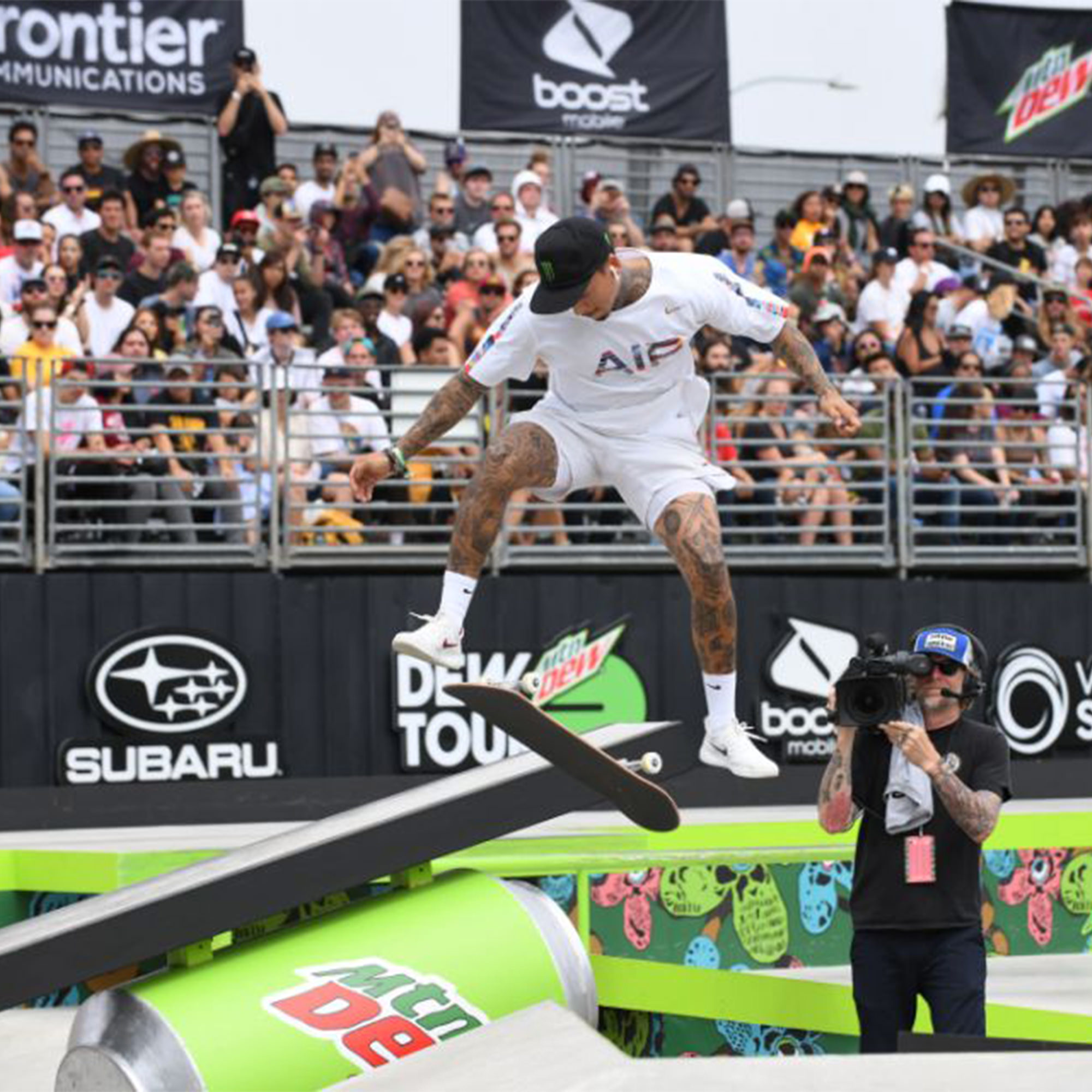