Skateboard startup: Here’s how two Seattle teens launched a business during the grind of COVID

Skateboard startup: Here’s how two Seattle teens launched a business during the grind of COVID

Kids are coping with the grind of COVID-19 in a variety of ways as they deal with isolation, remote school and friendships on hold. Just a few weeks into quarantine, two skateboarding teens from Seattle found a way to kill time by launching their own startup.

It’s not a tech company, but it is a garage startup, and since April Luca and Massimo have been learning the ins and outs of running their own small business — building a website, working with partners, marketing their product, budgeting time and resources, and fulfilling orders.

“It was just a small idea at the beginning, but then we kinda got more into it and just took it and ran with it,” Luca told GeekWire this week.

Seattle Skate Features taps into a niche need in the skate community, allowing skaters of all skill levels to learn and execute tricks using the affordable and portable plywood obstacles. The two have been working out of a self-designed workshop in Massimo’s garage for months — but like any startup, getting off the ground wasn’t easy.

The day they decided to turn a box Massimo made by himself into a business, they played some video games and then met up in Zoom, where they collaborated on a plan and figured out what it would cost to start building. The self-taught carpenters’ first attempt together took six or eight hours to complete. And that night, someone broke into the garage and stole all their tools.

“It was a rough start,” Luca said.

Luca’s dad, Sébastien Motte, is a tech veteran who spent nearly 20 years at Microsoft. He, too, launched a startup with a friend back in 2016, a holographic computing development studio called Loook. Motte is now director of third party studios for Quantic Dream, a French video game developer and publisher.

Motte has given his son some tips and he helped the boys set up an LLC so “we’re all legal,” Luca said. Luca’s mother also has marketing expertise and Massimo’s mom is a small business owner as well, who owns some Little Gym franchises.

“We’re pretty lucky to have those influences on us,” said Luca, who said he’s always been pretty passionate about business. “I like the whole process of creating something.”

When he’s not in school, Luca works part time at a grocery store. And Seattle Skate Features is heavily promoted to everyone Luca comes in contact with. “Do you skate? Do you know anyone who skates?” he asks. Their first sale was to a friend who got the hard sell from Luca. Eight months later, they’ve created 94 of their features and sold more than 80 of them at prices ranging from $95 to $350. And they set themselves apart from competitors by delivering their product to customers fully assembled.

“One thing that’s made us efficient is we’ve got our processes down pretty well,” Luca said. “We made really nice blueprints, we made templates for everything, our workshop is really organized. We designed it for everything to be fast and quick.”

The well-regarded non-profit organization Skate Like a Girl helped the boys out in the beginning by including them in a couple events and giving them a mention in their newsletter. Skaters on Instagram promote the product and the West Seattle-based magazine PMA featured them recently. Seattle Supersonics legend Shawn Kemp even gave a shout-out in a video on the company’s Instagram.

The business is actually the second time Luca and Massimo have collaborated. Around the time they were in first grade, they teamed up to sell eggs from Massimo’s family chickens. They sold maybe two dozen. But the entrepreneurial spirit was hatched.

And now, at 16, Luca sounds like he’s getting the hang of startup life. Especially in the era of COVID.

“I think the biggest thing we’ve learned is just time management,” he said. “Because that’s ultimately the most precious thing. Time.” 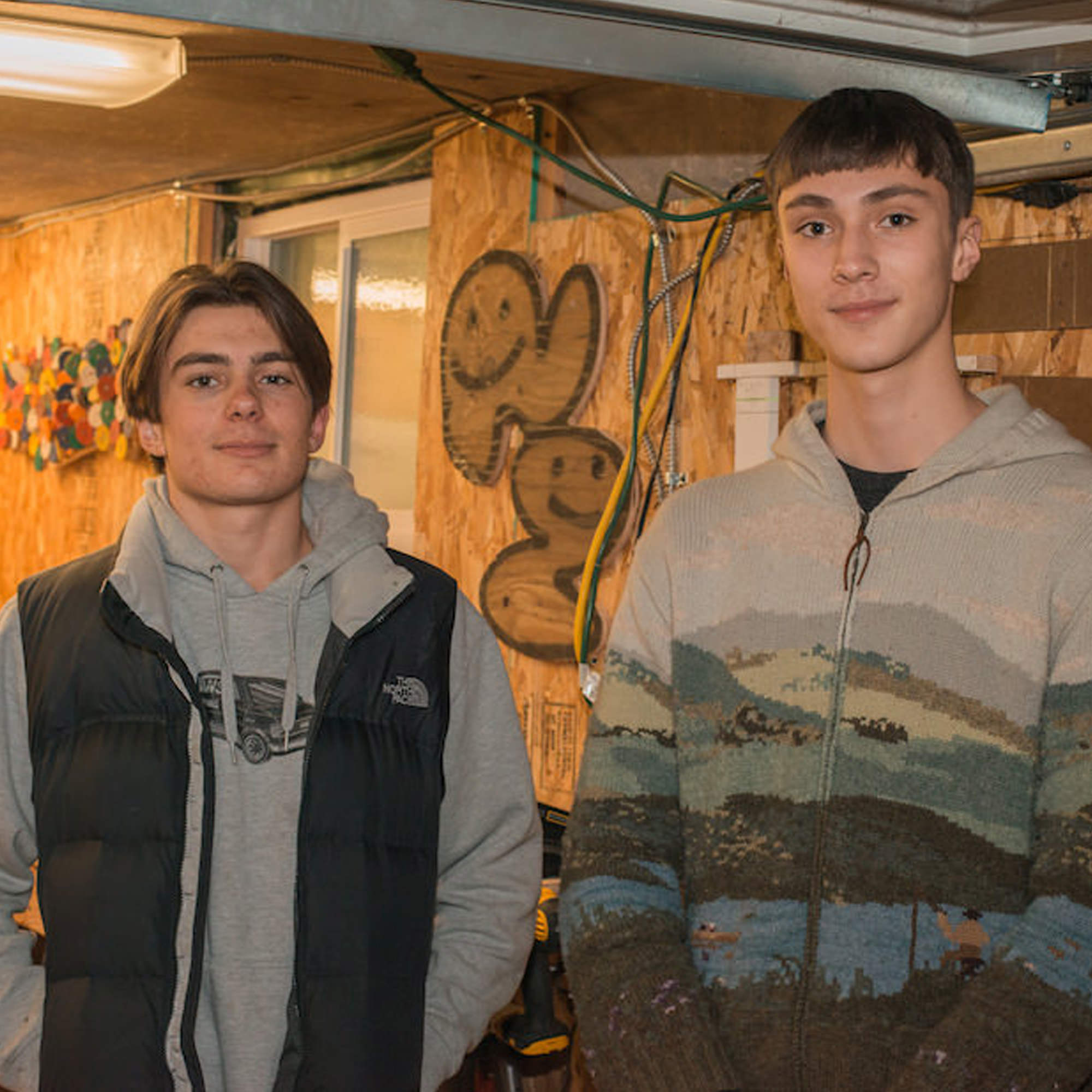