Last year, Steve Caballero announced that he and two other musicians he had been playing with were looking for a new vocalist. Caballero, a pioneering professional skateboarder whom Thrasher Magazine called the “Skater of the Century,” announced the search on Instagram, where, as of June 2021, he has some 644,000 followers, and his missive did the trick. Tim Fennelly, previously of the San Diego skate punk outfit War Fever, reached out, and Caballero liked what he heard. But when Caballero brought a sample of Fennelly’s voice to the other two musicians, they weren’t enthused.

The reception made him wonder whether he and his bandmates were “on the same page.” So, in the middle of a pandemic, Caballero jettisoned his former bandmates, and decided to start something else.

“Long story short, I basically gave up a year’s worth of writing music with another band to join [Fennelly] and start a band together. I was so stoked on his voice, and I felt a lot of promise working with him that I decided, on a gut feeling, to go with him,” Caballero said.

Decades after tearing through pools in “The Search for Animal Chin,” Caballero retains a Make It New spirit. Caballero on guitar and Fennelly on vocals eventually added bassist Chad Ruiz and drummer Dylan Wade. And eight months after joining with Fennelley, Urethane, the group that resulted, will be playing BeachLife’s Speakeasy stage.

Urethane — “like the skateboard wheel” Caballero says — is playing Beach Life stage partly as a result of Caballero’s long skating career. Caballero met Jim Lindberg, singer of Pennywise and Beach life’s creative director, on the Vans Warped Tour, the massive travelling music festival that paired the surging popularity of mid-90s punk with X Games-style athleticism. Technically, Caballero was there to skate. But he couldn’t be kept away from the stage.

“I was always on as a skateboarder, but I would hop on different days with different bands and go up and play a song. I played a few songs with Pennywise before, just playing guitar, you know, like ‘Bro Hymn’ and ‘Straight Ahead,’” Caballero said.

Caballero started out playing bass for Urethane, but eventually switched to guitar. He took a similar journey with his first band, the Faction, in 1982. The group technically broke up after several years, but its brand of straight-head skate punk retained devoted fans, and periodic reunion shows always sold out, an arrangement that only recently came to an end.

“We’d been doing Faction reunions ever since the late ‘80s, and we just recently broke the Faction up for good right before the pandemic. Because I just wanted to start something new and fresh. I wanted to be a part of a band that was working and creating. I felt, with the Faction we were just playing songs that we wrote in our teens and not growing as a band or as a musician,” he said.

There’s an alternate reality out there in which Caballero coasts on his fame as a skateboarder, plays the occasional reunion show, and lets his creative muscles slacken with age. But that’s not who he is. Shortly after the Faction broke up, Caballero joined his next group, Odd Man Out, which leaned arty and avant garde, with longer songs and heavy keyboards. Now, with Urethane, he’s still growing; more than three decades after picking up a guitar, for example, he’s singing more than ever. There’s a restlessness that propels Caballero, like a ramp that never seems to end. 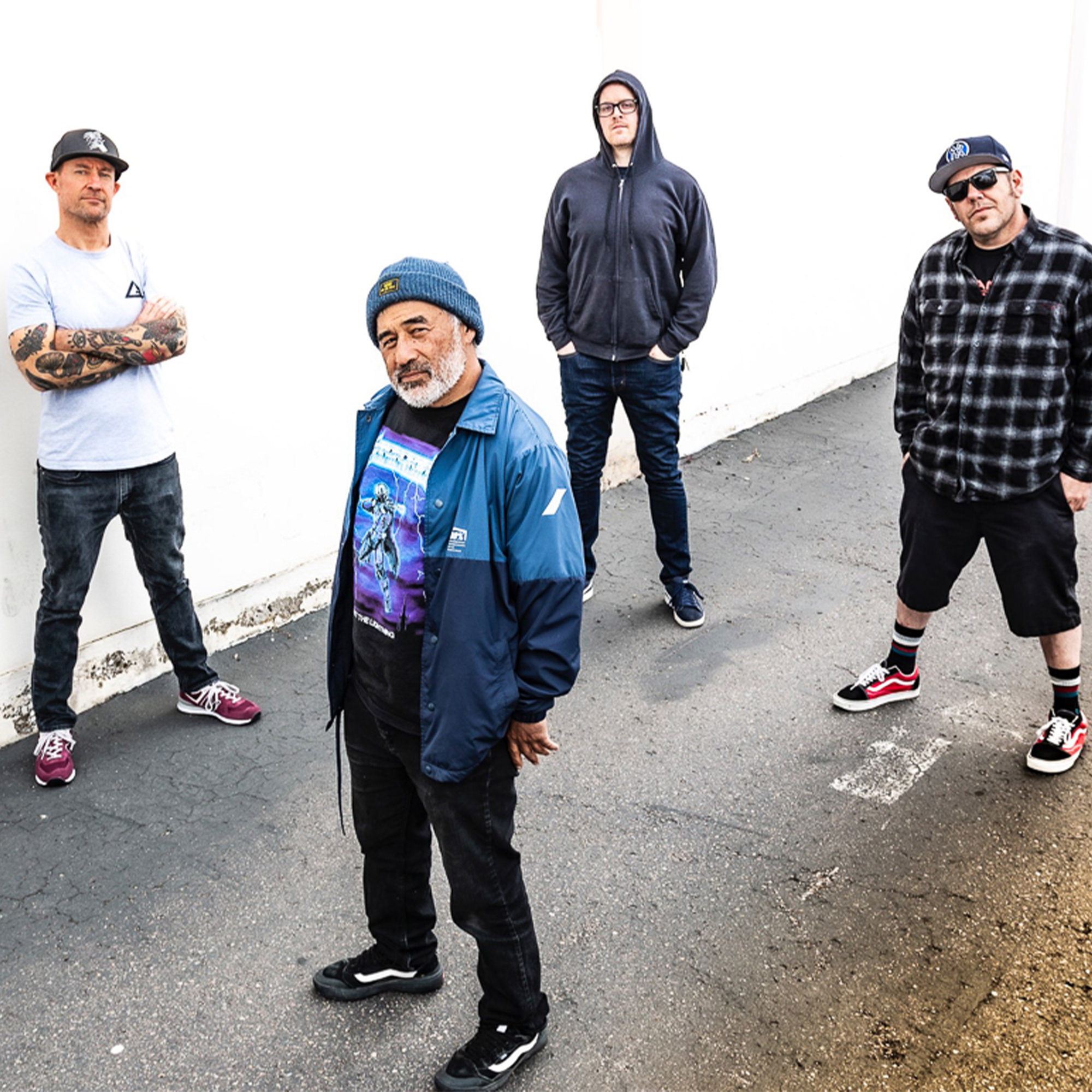