Since it aired earlier this year, Sk8 the Infinity has been making all sorts of waves in the anime community. It injected new life into the sports genre by being the first skateboarding anime and having both the drama that the genre loves and the high octane action thatĺs often left out of the genre (at least in more recent years). Viewers enjoyed the story, action, and comedy of the series. And of course, they loved the characters.

Sk8 the Infinity introduced the audience to a cast of colorful skaters each with their own style, personality, and abilities. One of the biggest draws of the series is how the characters interact with each other, from old friends and S founders Kojiro Nanjo and Kaoru Sakurayashiki, to endearing little brother figure Miya Chinen and the rest of the cast, and of course, leads Reki Kyan and Langa Hasegawa. The other huge draw of the series is watching how they all skate. Each of the characters has their advantages and disadvantages while on a board, and even upon close inspection, it can be tough to decide how they stack up to one another. Not to worry, though; this list is going to clear it up!

In terms of style, thereĺs definitely no match for Adam! Politician by day and flamboyant skater by night, Adam brings flair to everything he does, and his skating technique is no exception. He relies on speed to get ahead of his opponents and intimidation tactics such as close quarters skating and his special ôlove hugö technique, to distract and dishearten them. While Adam does have a lot of technical prowess (proven in his ability to master the casper slide and his great speed), much of it comes in the form of tricks for scaring and demoralizing the opponent and that's what puts him at the bottom of this list. In addition, he often turns to brutalizing the opponent to win, as seen in his race against Kaoru Sakurayashiki. Sorry, Adam, but beating your opponentĺs face in with your board is not a skill nor a show of technical ability. Itĺs definitely more of a demonstration in how Adam creates fear to win, and thereĺs no telling how many people might actually be able to beat him but havenĺt stepped up due to his aggressive tactics.

A flower shop employee with a wild side, Shadow always shows up to S in full makeup and with absolute confidence in his abilities. Shadow is a fairly competent skater who manages to use several advanced tricks even while heĺs skating rather quickly, but his main strategy of choice is using underhanded tricks to distract his opponents and cause them to fall off their board or make their movement uncontrollable. For example, he uses small firecrackers in his race with Reki to make him fall. While his general prowess is admirable, he lacks the finer skills of many other characters and resorting to dirty tricks does not a great skater make.

As a passionate skater, Reiki is constantly trying to improve his craft both in terms of skating and board design. He isnĺt quite as gifted as some of the other skaters and has to work twice as hard for twice as long to master skills, but due to his love of the sport, heĺs gained a great technical understanding of skating. His knowledge was even great enough to teach Langa Hasegawa and create a specialized board for Langa to use to address the issues he was having switching from snowboarding to skateboarding. Heĺs also able to hold his own in races without using intimidation or trickery, relying on his own skill and ability to choose the right board for the conditions of the track. While he isnĺt the greatest skater, he is incredibly knowledgeable and has enough skill to hold his own.

The resident genius of S, Cherry Blossom combines technology and skating to become an incredibly powerful skater. His board has an AI named Carla in it that helps him calculate angles to aid him in turns and jumps, as well as following his voice commands. She can also switch between a long and short board to increase and decrease his speed. Cherry Blossom is a wildly skilled skater and is able to pull off numerous tricks and stunts that would be dangerous for the inexperienced, and he is highly observant of other skaters and can often quickly figure out their stunts and strategies. However, he does rely heavily on Carla and has her to thank for many of his successful landings, and unlike other skaters, he has the advantage of being able to change boards to go faster instead of relying on skilful methods. Thereĺs no doubt that he has great abilities, but theyĺre often overshadowed by his use of fancy tech.

A newly minted yet prodigy skater, Langa is a former snowboarder that is introduced to skateboarding by Reki Kyan upon moving to Japan. His foundation in snowboarding proved to be useful in his mastery of skateboarding, and he quickly surpassed Reki and many of the best skaters of S in very little time, despite rocky beginnings. While heĺs able to learn quickly and has great athleticism, he lacks some of the fine skill of the other skaters around him and much of the technical knowhow due to him being new to the sport. However, heĺs also able to hold his own against the best skaters at S and come out victorious thanks to his unique skating style.

A powerhouse skater with a delicate touch in the culinary world, Joe is a ôsix-pack skaterö by night and a five star chef by day. Heĺs a highly skilled skater that knows how to use his strength and muscular body to overcome obstacles and rough terrain, such as using only his legs to skate along walls and being able to plant on his board to increase his speed. His use of strength is best seen in his race against Langa Hasegawa when heĺs able to push a large pipe out of the way by ramming into it on his board. Joeĺs rigorous training has allowed him to gain great control over his skating and while many skaters focus on one area, Joe appears to be fairly well rounded as a skater, having speed, strength and technical skill.

A hopeful for the Japanese national skating team, Miya is perhaps the most technically skilled and well rounded of all the skaters, despite only being twelve years old. Heĺs capable of doing a number of both dynamic and party tricks, such as handstands on his board and rail slides, and heĺs able to use these stunts to keep up with the seasoned adult skaters of S. Due to participating in tournaments outside of S, Miya is strict about his diet and training schedule, and dedicates a large portion of his day to practicing his skateboarding skills. With his constant training and technical ability, heĺs easily one of the best skaters in the series and has plenty of time to continue to improve due to his young age.

Tadashi is introduced to the audience as Ainosuke Shindoĺs secretary, but is later revealed to be the person who taught Ainosuke to skate, the person who runs S behind the scenes in Ainosukeĺs absence, and potentially the only person who can truly beat Ainosuke. Though not much is seen of his abilities, Tadashi is seen outmaneuvering Miya easily, and his style is shown to be very similar to Ainosukeĺs: fluid, quick, and in control. Tadashi has great reflexes and, like Miya, dedicates a significant amount of time to honing his skateboarding skills. Itĺs hard to tell exactly how powerful Tadashi is as a skater, but what the series has presented so far points to him being at the top of the game for the sport, at least within S. 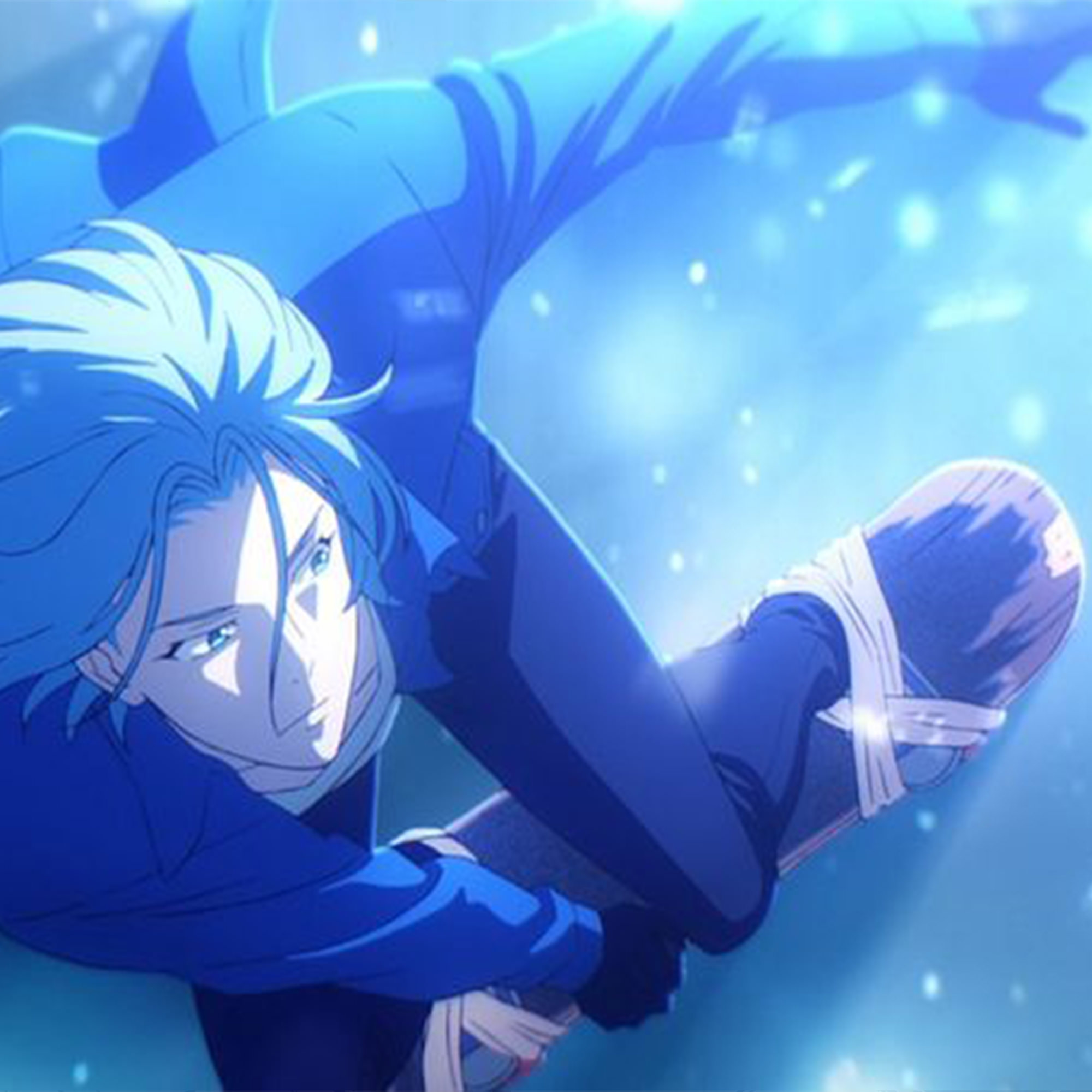