SARATOGA SPRINGS — Skateboarders in Saratoga Springs are enthusiastic about the City Council’s recent approval to hire a contractor to fix the popular East Side Recreation Skatepark, which skateboarders say will grow the city’s tourism.

‘We have been waiting for this for over a decade,” said Charlie Samuels, a Saratoga Springs resident who has been skateboarding since the 1970s and has served as one of the main advocates for the park’s update.

The skate park, which was built in 1989 and is the oldest skate park in the state, is outdated and doesn’t meet current skateboarding standards.

“It’s one of the most used facilities at East Side Rec,” said Mayor Ron Kim Monday.

The City Council voted at its meeting Thursday to hire Artisan Concrete Inc. to upgrade the park — taking out the 20- to 30-year-old steel fixtures and replacing them with concrete ramps — at a cost of $405,100.

Kim said he is uncertain when work would actually begin and contract documents provided on the city’s website don’t specify.

Andy Duck of Artisan Concrete could not be reached for comment Monday.

“We’re definitely ready to move forward with getting ourselves a new skate park,” said Benj Gleeksman, the vice president of On Deck Saratoga, a nonprofit under the umbrella of the Saratoga Institute that advocates and raises funds for community needs. “It’s something we’ve been pushing for for many years and so the decision that was made at the City Council meeting the other night was really positive for a lot of people, myself included.”

On Deck Saratoga, along with other local businesses, advocated for the upgrades as well as crowdsourced around $70,000 to go toward the project.

Many skate parks these days such as the ones in Lake George and Nyack are concrete facilities, Samuels said.

He and his son were in Nyack Monday visiting the skate park. They got food there and even checked out a local skate shop — that’s something he said could happen in Saratoga Springs once the upgrades are complete.

“Saratoga Springs will benefit financially from this,” he said.

Many families also now look to vacation in areas that have skate parks nearby, said Gleeksman, who has been skateboarding since he was 13 and teaches it now.

“I think by Saratoga having an upgraded skate park it’s just going to attract more tourism here, especially for people that need something for the kids to do while they might be going to the track or they might be doing other things around the region.”

He said families of students he teaches will send photos of them checking out skate parks while on vacation.

“It is very much a thing that parents are now looking for places with skate parks to help them choose their vacation destinations,” he said.

Gleeksman also said the changes will not only make the park a lot quieter for the surrounding neighborhood, but will also be designed for skateboarders of all skill levels.

“That was one of our goals, to have it be accessible for beginners, intermediates and more advanced skateboarders,” he said.

The city worked with Pillar Skateparks to design the new area, according to the city’s website.

Samuels said now that the contract is approved, hopefully it won’t take long before the project is finished.

“This couldn’t come at a better time and I hope it happens quickly,” he said. 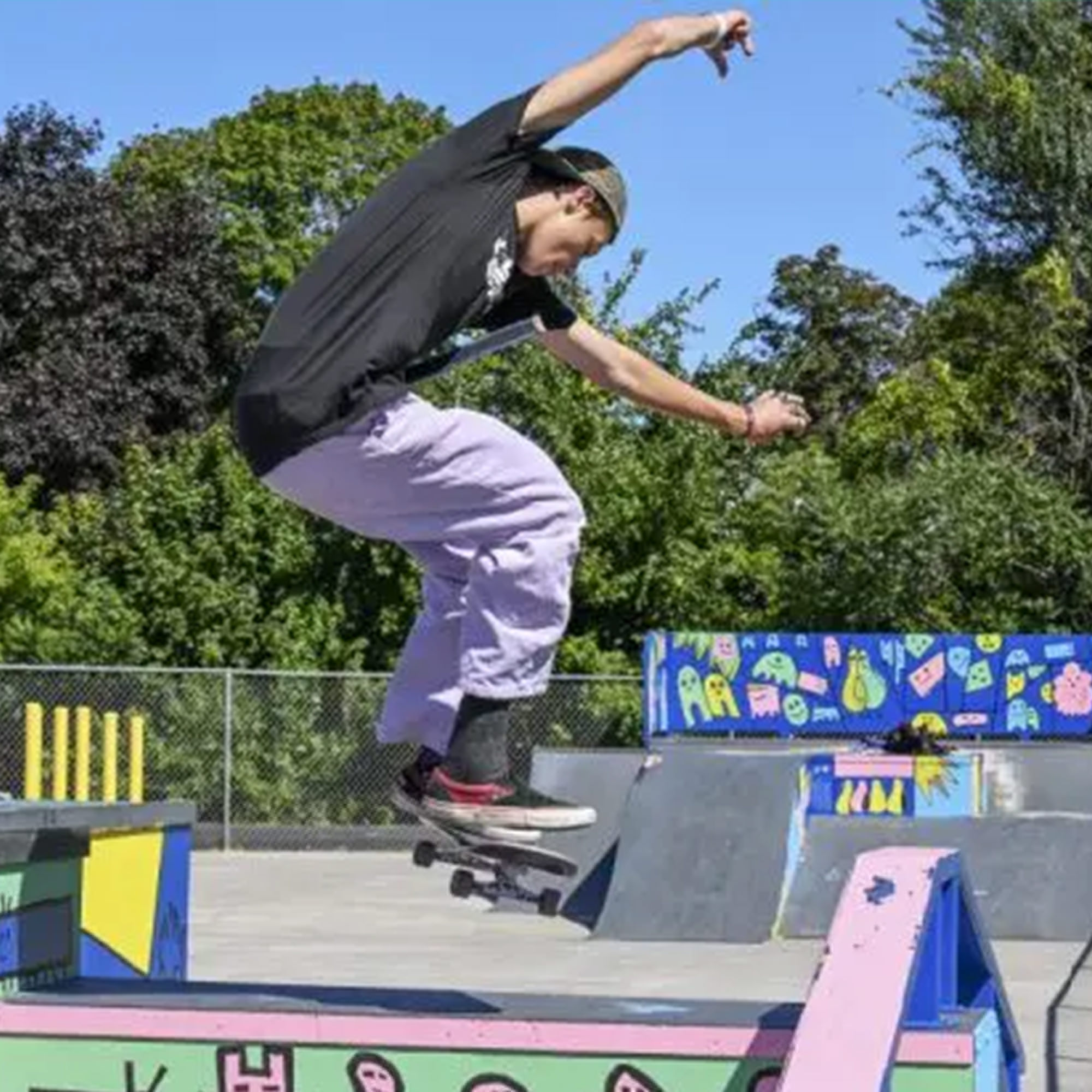