In most parts of South Africa, skating is about the community, the crew and the spot where the crew meets. It's a pride of place and sometimes that place needs an upgrade...

There used to be a central meeting spot for all the skaters in Sebokeng called Mamoja Square in Zone 14. The featured a terrible pavement and was a super bumpy place to skate. But, it was all the skaters had, so they skated it religiously.

Over the past two to three years the spot started to deteriorate even further until all the paving had disappeared (mostly stolen by night. There was no place left skate.

Until the skaters looked across the road. Opposite Mamoja Square is and old abandoned United Bank building, which the guys identified as an ideal spot to revamp as part of the on-going Red Bull DIY project.

Red Bull DIY is a global initiative that strives to support local skate communities in a sustainable and credible way. The idea is not only to assist in the development of their skate spots, but also to give the local skaters a platform to showcase their talents and DIY creativity.

The surface in the old building was horrid, and filled with heaps of garbage. The team started by removing this, before laying 12 x 30m of skateable concrete and built two obstacles: A double-step manual pad and quarter-pipe that extends into a wall ride. The entire project took about three weeks to complete.

"It's a spot that the skaters in Sebokeng own," says Sam Khumalo a long-time member of the Soweto Skate Society (SSS), who has been skating in the Vaal for years. "They invested their own blood and sweat into the build. It is something that they're always going to have there," he says.

According to Sam, some of the younger skaters have also learnt some new skills through the build process. "They now know how to build some other obstacles so if they eventually find other spots that fit the Red Bull DIY criteria, they might be able to eventually build some more spots," he says. 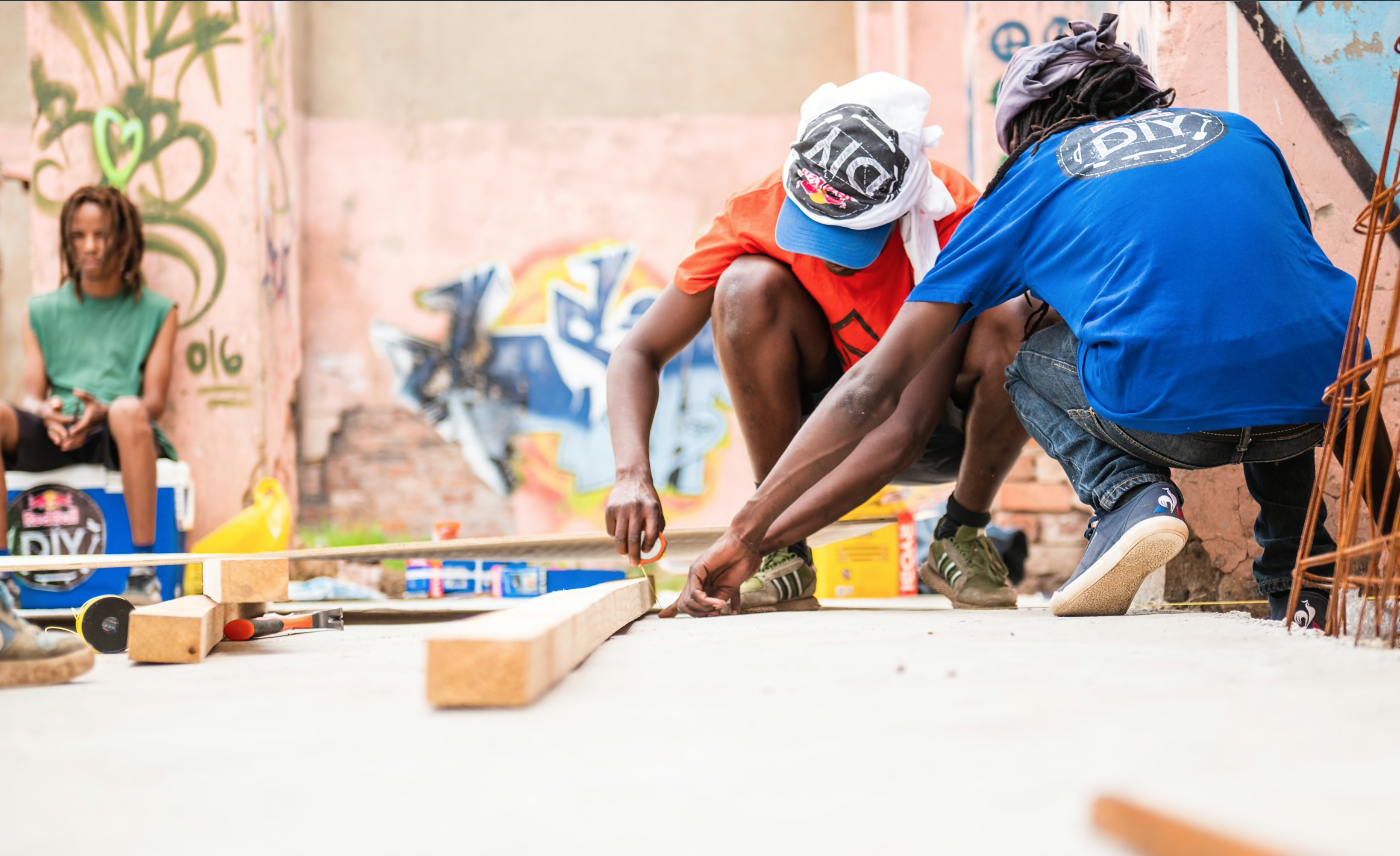