A new initiative led by The Goodpush Alliance seeks to end systemic racism in the skateboarding community.

A working group of skateboarding organizations has today launched a æCommitment to Anti-Racism in Skateboarding.Æ The initiative came out of SkateistanÆs Goodpush Alliance and involves organizations and individuals from across skateboarding, who seek to create an anti-racist culture in the skate community worldwide.

The Commitment is open for sign-on by all individuals, organizations, companies and media who are involved in skateboarding, and states:

We aim to recognize power relationships exist and to be mindful of how racism can take many forms, both in overt and micro ways. We see it as our duty to put in the work ¢ to co-create spaces and areas of influence that are: welcoming, empowering, representative, and committed to racial equity for all individuals who are Black, Indigenous, and People of Colour (BIPOC).

As signatories, we aim to actively provide pathways and establish spaces where all voices are heard, valued and have support and access to resources to contribute fully to the skateboarding community. We also aim to support each other in the work of challenging systemic racism that may appear at our skateparks, in our media, in our organizational structures, in skate programs that we run, and in the skateboard industry.

The initiative began following the murder of George Floyd on 25 May 2020 and the Commitment will launch officially on the first anniversary of his death. The global protests against systemic racism in 2020 prompted The Goodpush Alliance to begin hosting webinars for the social skate sector to self-reflect and support each other to improve in anti-racist policies and attitudes. During these webinars, the group landed on the idea to create a Commitment which could be signed onto across the social skate sector, as well as the skateboard industry and media.

Jessica Forsyth, the Executive Director of the Harold Hunter Foundation said: ōRegardless of race, no one is immune to internalizing racism and we all need to get over our egos. We really want to push and challenge people while we have this moment, and especially create some pressure for people in the industry to work in partnership with social skate organizations and the larger skate community to push against racism. This is something thatÆs been swept under the skateboard for a long time.ö

Rhianon Bader, from SkateistanÆs Goodpush Alliance said: ōWhat was clear to us from the start is that we all have work to do. The Commitment is not a certificate to say that any organization or individual is anti-racist, itÆs a pledge to keep doing the work and keep improving around a set of shared guidelines.ö

Sandy Alibo, Founder of Surf Ghana, who acted as Commitment Co-ordinator for the working group, said: ōMy experience with the collective in Ghana made me realise how the importance of representation could allow communities to be heard and push for positive change. The skateboarding industry needs inclusion and genuine representation from the skateboarders, skate coaches, filmmakers, photographers, journalists, shapers, event managers, skatepark builders, and marketing managers.ö

The website antiracism.goodpush.org also provides links to resources and next steps to help signatories act on the Commitment in their own contexts and communities.

The æCommitment to Anti-Racism in SkateboardingÆ has already been signed by dozens of skateboarding non-profits and leading skate brands such as REAL, Spitfire, Thunder, Anti-Hero and Krooked. It is now open for anyone involved in skateboarding to sign on to. 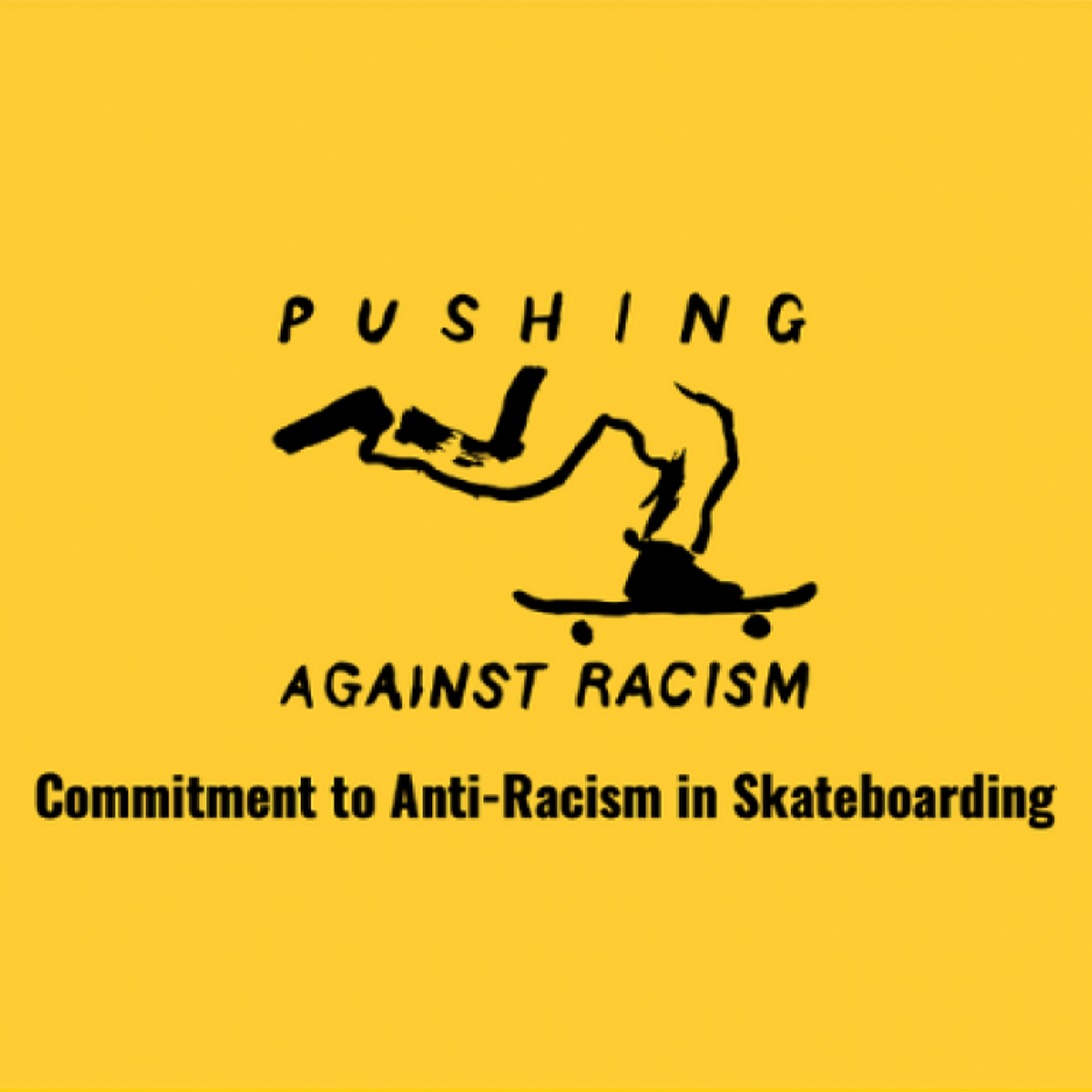