Paul Van Doren, a founder of Vans, the Southern California sneaker company that became synonymous with skateboarding almost by chance and then grew into a multibillion-dollar business, died on May 6 in Fullerton, Calif. He was 90.

His death, at the home of one of his children, was confirmed by a representative for VF Corporation, which now owns Vans. He lived in Las Vegas.

Mr. Van Doren founded the Van Doren Rubber Company in 1966 with the investor Serge DĺElia and soon brought on his younger brother James and Gordon Lee, a colleague from his years working for another sneaker manufacturer.

The idea was straightforward: sell high-quality but inexpensive sneakers from a store adjacent to a factory in Anaheim. The company handled production on-site, making it easy to fill orders of different sizes and allowing buyers to customize their shoes in a rainbow of colors and patterns.

The first Vans sneaker adopted by skateboarders was a canvas boat shoe, now called the Authentic. It was set apart by its unusual sole, a diamond waffle pattern that gave way to star shapes on the ball of the foot. A vulcanization process made the rubber especially grippy, helping skateboarders stay on their boards and control them better as they whipped down a sidewalk or an embankment.

ôUntil the skateboarders came along, Vans had no real direction, no specific purpose as a business other than to make the best shoes possible,ö he said in his memoir, ôAuthentic,ö published this year. ôWhen skateboarders adopted Vans, ultimately, they gave us an outward culture and an inward purpose.ö

Tending to be young and impecunious, skateboarders were allowed to buy one shoe at a time if one wore out through incessant dragging and scuffing. By the 1970s the company had made a point of consulting directly with skateboarders and designing shoes with their needs in mind as the sport gravitated toward increasingly complicated terrain, like drained pools and half pipes.

Tony Alva and Stacy Peralta, two local skateboarders who became famous, helped design the Era, a skate shoe with a padded collar around the heel for added comfort.

ôEverybody else was kicking these kids out of the park, kicking them out of pools,ö Mr. Van Doren told Los Angeles magazine this year. ôAnd hereĺs a company listening to them, backing them and making shoes for them.ö

Vans provided Mr. Alva and Mr. Peralta with free shoes and sponsored them as part of a team of professional skateboarders, an arrangement that became a model in the skateboard shoe business.

The company went on to develop new styles, like the Old Skool, which has leather panels on the toe and heel for increased durability; the Sk8-Hi, an Old Skool with a padded high-top collar to protect ankles from errant boards; and a laceless canvas slip-on equipped with the signature Vans sole.

By the early 1980s the shoes were available in about 70 Vans stores, mostly in Southern California, and in outlets around the country. The shoes had earned a following among skateboarders, surfers and BMX bicyclists but were not widely known outside of those core markets.

That changed in 1982, when Sean Penn wore the companyĺs black-and-white checkerboard slip-ons in playing a stoner surfer in the California teen comedy ôFast Times at Ridgemont High.ö

Since then Vans have gone from the skate park to the red carpet, worn by celebrities like Kendrick Lamar, A$AP Rocky, Justin Bieber and Gwen Stefani. Kristen Stewart cemented the familiar waffle sole into the Hollywood Walk of Fame in 2011, and five years later Frank Ocean wore checkerboard slip-ons to the White House to meet President Barack Obama.

Vans has collaborated on custom shoes with the labels Kenzo and Supreme, companies like Disney, the music makers Public Enemy and Odd Future and the contemporary artist Takashi Murakami. Customers can design their own shoes on the companyĺs website.

But Vans remains tied to its original demographic, continuing to sponsor skateboarders, snowboarders, surfers and other athletes and run surfing and skateboarding contests around the world. For nearly 25 years it funded the Warped Tour music festival, which featured skateboarding demonstrations.

Paul Joseph Van Doren was born on June 12, 1930, to John and Rita (Caparelli) Van Doren and grew up in Braintree, Mass., south of Boston. His father was an inventor who designed fireworks and clothespins, and Mr. Van Doren learned valuable business lessons working alongside him.

He wrote that he dropped out of high school at 16 and for a time made a living at the horse track and in pool halls, work his mother could not abide. She helped him get a job at the Randolph Rubber Manufacturing Company, a Massachusetts concern that made canvas sneakers.

Soon afterward, he met a co-worker, Mary Doline MacLellan, who was known as Dolly, and they married in 1950. The marriage ended in divorce in 1974. Mr. Van Doren married Andrena Aitkenhead in 1981. She died in 2014.

His son Steve, daughter Cheryl and some of his grandchildren continue to work for the company he built.

Mr. Van Doren spent more than 15 years at Randolph Rubber. In 1964 he moved to Southern California to run a factory for Randolph there but left two years later to start Vans, having had disagreements with Randolph management.

He retired in the early 1980s, and his brother James took control of the company. James Van Doren tried to compete with companies like Nike and Adidas by expanding into different sports Ś running, basketball, wrestling and break dancing among them Ś only to bankrupt the company by 1984, Mr. Van Doren wrote.

Mr. Van Doren returned to lead Vans back to solvency. He refocused the company on its core offerings, and in a few years Vans paid back about $12 million in debt, he wrote.

He and Mr. DĺElia sold the business to McCown De Leeuw and Company, a venture banking firm, for $75 million 1988. Mr. Van Doren stayed on as chairman before stepping down in 1991.

VF Corporation, which owns other major brands like The North Face, Dickies, Timberland and Supreme, bought Vans for nearly $400 million in 2004. Vans now brings in about $4 billion in annual revenue, a representative for VF said, reaping profits from devoted customers like Michael Lorenzen, a relief pitcher for the Cincinnati Reds, who has taken the mound wearing a pair of Sk8-Hi shoes customized with spikes, Mr. Van Doren wrote.

ôThe company doesnĺt pay people to do these things; they happen organically,ö he added. ôOur customers, famous or not, just like the shoes.ö 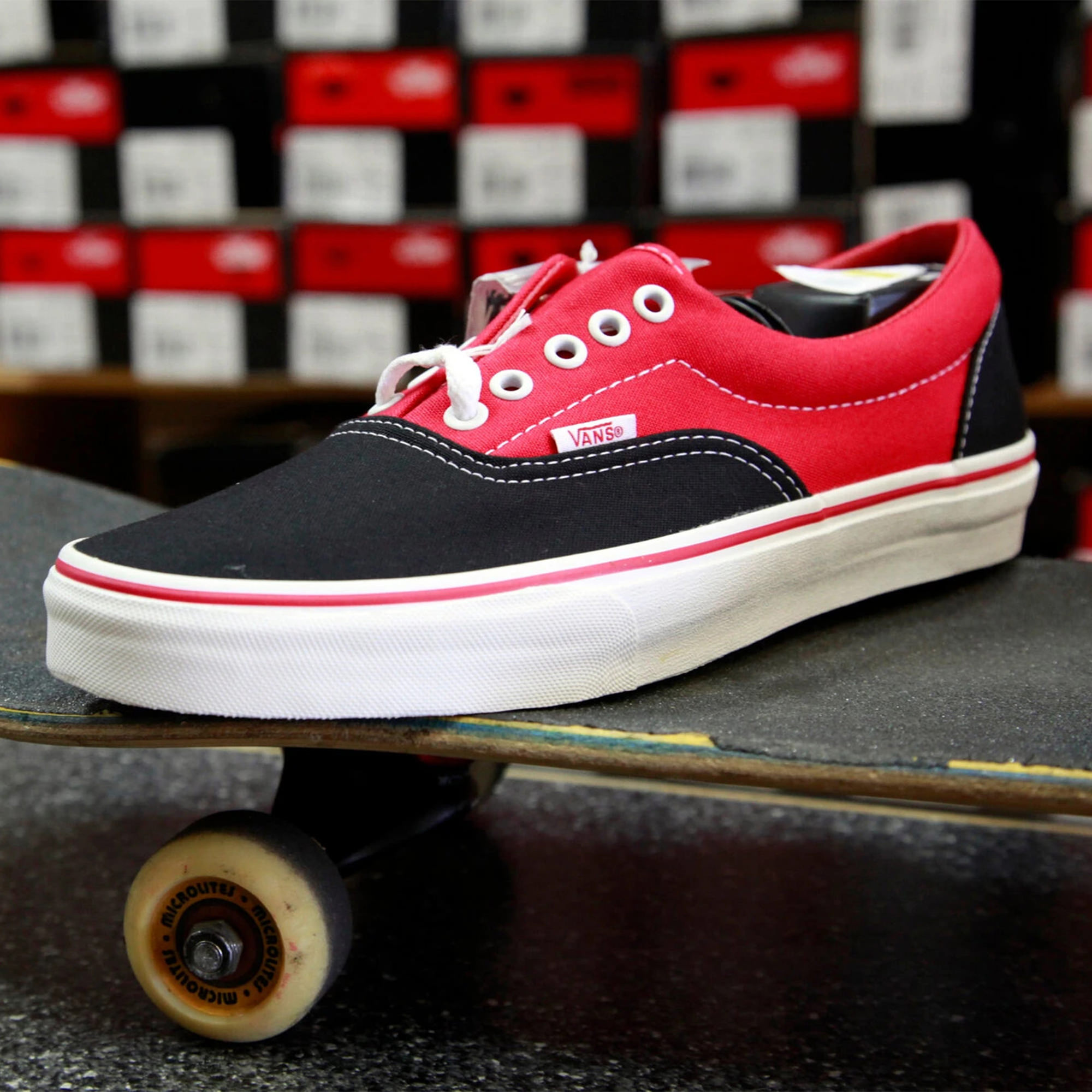