After collaborating for the first time earlier this year, Palace and Vans have reunited for a second collection. The new release focuses on the Sk8-Hi silhouette, and sees brand mascot Jeremy the Duck step aside for a different graphic approach.

The classic skate silhouette arrives in three colorways, each of which is dressed in a mushroom print. Across uppers in ôBlack/Blue,ö ôMarshmallowö and ôYellow,ö Palaceĺs name is spelled out in the fungi-inspired pattern, while each heel is also adorned with an embroidered mushroom logo. Each colorway is then finished with a checkerboard tag hanging off the jazz stripe, as well as a Palace and Vans co-branded tongue patch.

All three Sk8-Hi colorways are due to release on November 5 online and in store in London, New York and L.A., with a release in Tokyo and via WeChat a day later. 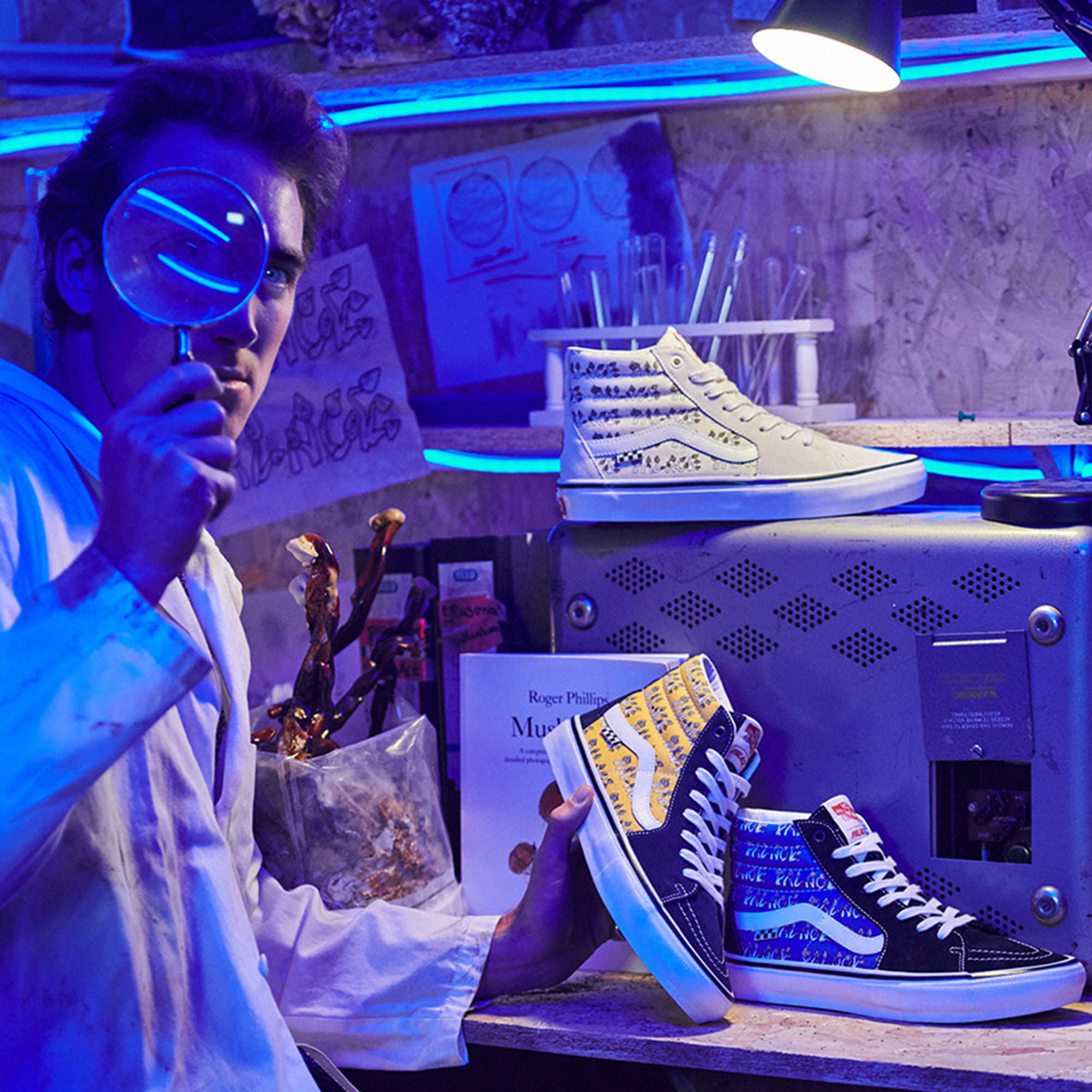