"Why are teenagers so good at skateboarding? Well, I guess you can't teach an old dog new tricks," states 14-year-old Bombette Martin, before bursting into laughter.

The bubbly US-born Briton was joking, but perhaps makes an important point as just three of the world's top 10 female park skaters are over the age of 20.

Misugu Okamoto of Japan was only 13 when she took the world title in 2019, while Britain's Sky Brown claimed bronze at the age of 11, and Martin is among a wider group of talented young female skaters looking to showcase their talents in the sport's Olympic debut this summer.

"Little kids are just fearless and when you're closer to the ground it hurts less when you fall," says Martin, who began skateboarding at the age of nine.

"It's great that so many of my competitors are teenagers and I get to compete against people around my age, because it's a really close community where everyone is so supportive."

Sporting success runs in the Martin family, with her father Jon, nicknamed 'Bomber' - which inspired his daughter's name Bombette - having contested over 100 amateur boxing bouts during his career.

The multiple Midland Counties boxing champion trained out of his father's Rose & Crown gym in Erdington, Birmingham, before moving to New York in the 1990s and meeting his partner Mary in 2001.

Bombette Martin was born in downtown Manhattan in 2006, but there was only one nation she was interested in competing for.

"I spent a lot of my childhood in Birmingham and my first thought was to compete for Britain, so when they invited me to compete for them at the [2019] World Championships it just became a reality and it didn't really cross my mind to go for America," she tells BBC Sport.

Her father narrowly missed out on the Team GB squad for the 1996 Atlanta Olympics, but Martin hopes to take a step towards reaching the Games herself via the National Skateboarding Championships in Salford this weekend.

She is currently ranked 28th in the Olympic standings and needs to reach the top 20 by the end of the qualification period on 29 June.

A podium finish on Sunday will keep her in contention, but the Dew Tour in May will ultimately be key to her chances of joining Brown in the Team GB women's skateboarding squad for the postponed Tokyo Olympics.

"This time I'm not going to win an Olympic medal - that's for girls like Sky and I really hope she gets one - but it would really make me feel like 'wow I've really accomplished something' to get there myself," she says.

"It's my biggest dream to say I've gone to the Olympics and I want to go so bad." 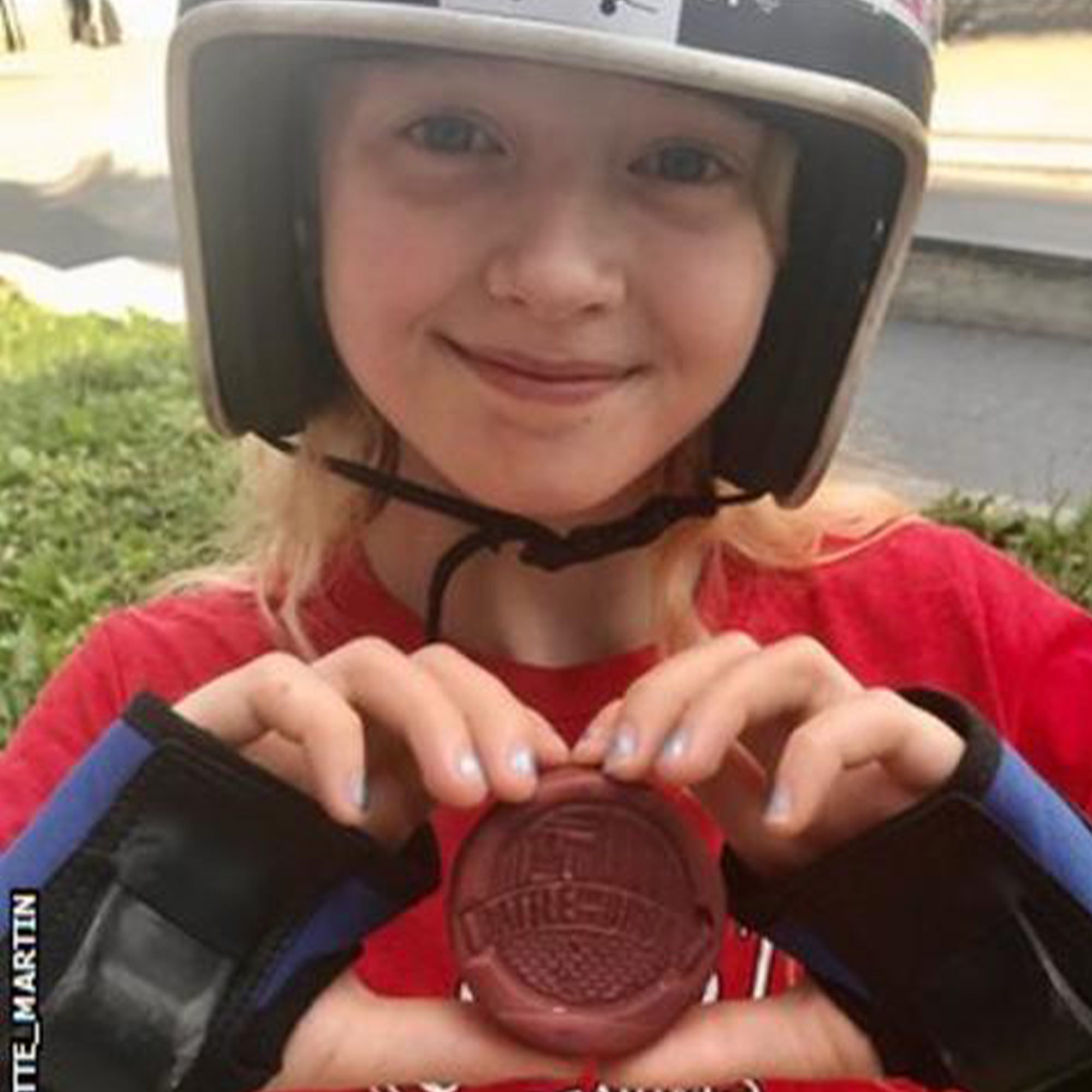