Olympic Skateboarder Corey Juneau is Flying High Since The Games

Olympic Skateboarder Corey Juneau is Flying High Since The Games

“It’s been super surreal honestly, all the love and support I came back to,” Olympic Skateboarder Corey Juneau tells LA Weekly about his Bronze medal win at the Olympic Games’ inaugural skateboarding competition this past Summer. “It’s been amazing.”

The San Diego, California skater had a winning ride to behold in Tokyo. He carved through the course before a 540 on the back wall at the complete opposite end of the park, lining himself up for a gorgeous heelflip indy over one of the edges of the pool. After catching his board he glided through the next corner and went straight into a tailslide along the length of the high gap, benching an obstacle featured on the side of the park’s center island. The next corner featured a big rendition of Juneau’s signature frontside kickflip with no grab, followed by airs and crazy tricks, all without falling.

Skateboarding has always been a fairly mellow thing for Juneau. There is the companionship of those friends he’s hitting spots with, but beyond that, the quest to perfect technique is a deeply personal one. “I feel like it’s super physical, [and] obviously damaging to your body,” Juneau says. “But you know, we’re always having fun is the main thing, so it’s not like it’s always work or training or preparation.”

Still, as the reality of skateboarding in the Olympics approached, he wanted to add more of a routine to help solidify his skillset. He’s been ranked amongst the world’s best park and bowl skaters years before the games, but a serious approach helped him prepare. This included rest, practice and a diet on par with other Olympic athletes.

At only 22 years old, Juneau has been a pro for a decade. Most of his closest friendships in life were made on a board over the years. Everything has happened casually and organically for him. “It’s always like, I’m where I’m supposed to be. I’m not doing something that doesn’t feel right,” he says. ”It’s like the perfect balance of discipline and having fun.”

Juneau never even considered being in the games until two years out when the qualifying contests started to pop up. “You’re like, damn, it’s really happening,” Juneau says. “It’s a once in a lifetime opportunity. I obviously wanted to get in just as much as anybody. Fortunately, I made it.”

The most exciting thing Juneau’s worked on since his return from Tokyo is an ongoing collaboration with Golden Goose. In a sport where athletes are so heavily affiliated with brands, Juneau’s work with the Italian shoe company has to be among the most unique. While most skaters would typically think of a handful of companies trying push the skateboarding footwear envelope, high fashion Italian leather definitely was not on the list. Juneau is the first athlete Golden Goose has ever worked with. The collab represents everyone involved pushing their boundaries all the way to the Olympic podium.

Juneau has had many sponsors over the years since he first started getting hooked up by his local skate shop as a kid, including the honor of joining Independent Trucks and the roster of legends that preceded him as sponsorees. Making it onto the Flip team, where he now hopes to produce a career-defining skate video part he’ll be focusing on in the months ahead. In the wake of the Olympics, making progress filming fresh material for that has been a big topic on his mind. The list goes on.

But Golden Goose is his most personal collaboration. He originally got his hands on their leather shoes when he was 18. He fell in love with them and in the years since would purchase a few more pairs. Eventually, an agency he was working with asked what brands he was into. He told them about skating in Golden Goose and they were into it. They made an intro and it was a match made in wherever-people-shred heaven. The brand wasn’t something Juneau’s peers considered when he first inked the deal, but he received tons of positive feedback for taking things in a new direction.

“Everybody there really has a message to spread and I think it’s the way we hit it off,” Juneau enthuses. “We knew a bunch of good things [were] gonna come out of it and I’m very fortunate to be with those dudes and working on new projects and campaigns, and hopefully a capsule collection coming out.”

Early in September Golden Goose flew Juneau out to the Venice Film Festival in Italy and built a ramp on the canals. Juneau called it one of the wildest experiences of his life. “It feels good to have so much support behind it, too, because you never know. The skateboard industry is extremely accepting but there are still the unwritten rules the hardcore skateboarders follow,” Juneau shares.

Looking back at the games, the American team had a lot of pressure to crush. While the medal count didn’t go Team USA’s way, the further international expansion of skateboarding from the streets of Southern California to one of the world’s biggest sports was undeniable. Still, Juneau wasn’t surprised to be the only American on the podium given how inclusive the skateboarding community tends to be. As for whether the games made skateboarding international forever, Juneau thinks so, but part of the change he feels, is also people treating skaters with more respect in general.

“I think it’s just people accepting skateboarders,” Juneau says. “We’re just not like hoodrat kids, you know? Like destroying public property or whatever. We’re actually out here doing what we love and pushing each other and a lot of love. It’s not just like angry kids.”

Juneau believes skateboarding was going to be a pop culture constant regardless of the Olympics, as proven over the last two decades, but the popularity from just a couple of months ago is undeniable. “I just think skateboarding is constantly growing as a whole,” Juneau says. “No matter if it was in the Olympics or not. If you take it from 10 years ago to now or 10 years from now, it’s going to be different. It’s always going to evolve and always going to change and grow.” 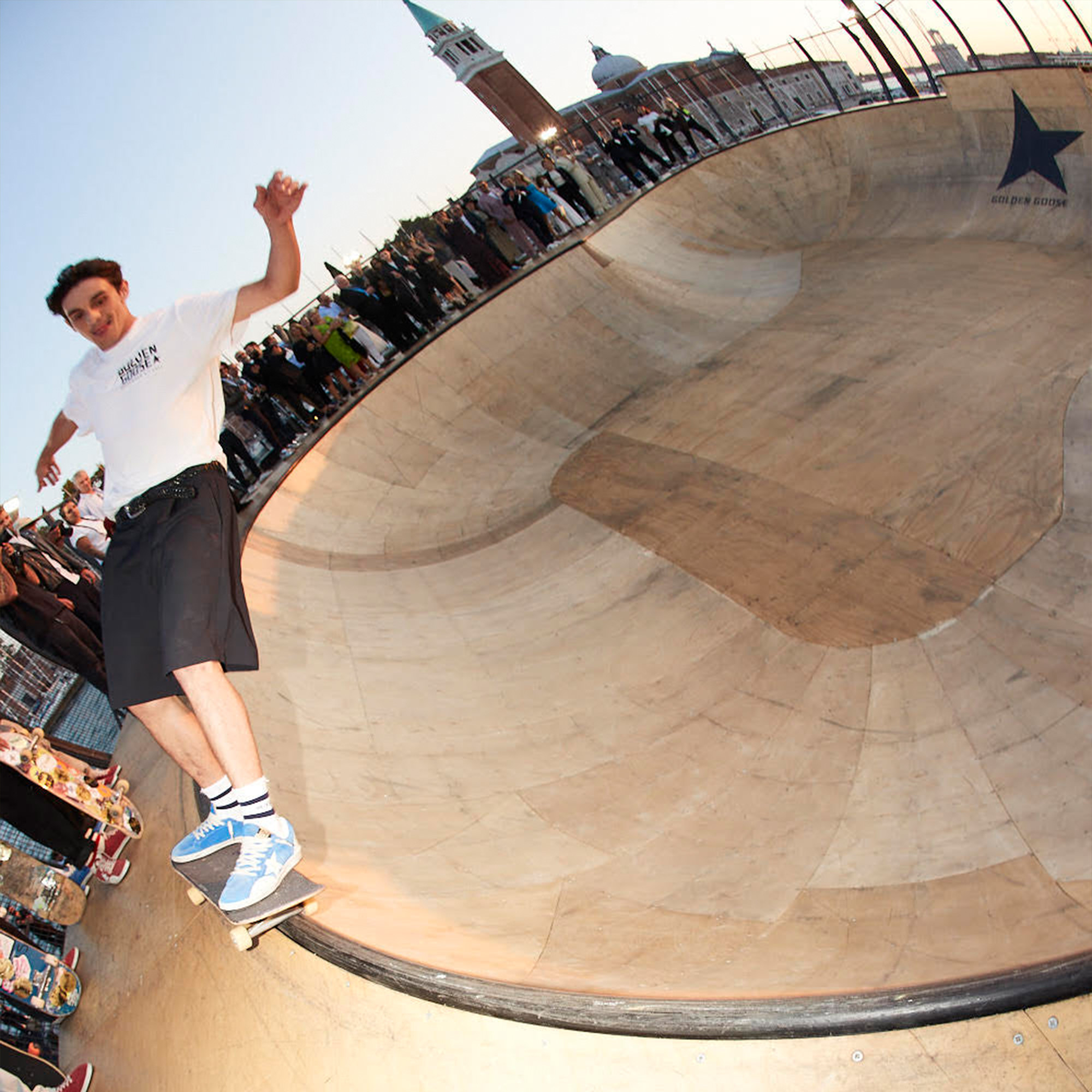