Although 2020 isn’t officially over yet, Nike SB is already planning its takeover of 2021. And while the skateboarding-division surely has several solo-endeavors in the tuck, its SB Dunk Low “Street Hawker” collaboration with Jason Deng hints at a promising slew of joint-efforts for the new year.

Inspired by food’s “bonding effect” between disparate regions in China, the forthcoming pair features an equally-contrasting arrangement across its upper. Akin to a “What The” styling from 2007, which recently emerged on the Air Jordan 5, left and right shoes vary in both color palette and patterns: Light beige on the former nod to three flour-based dishes, as watercolor accents signal to mutton soup. Counterparts don’t lack their share of contrasting details, boasting shimmering silver profile swooshes reminiscent of both Chengdu hotpots and hooks on which geese pre-crispy roasting hang. Materials on the midfoot between both shoes also differ, but they come together perfectly to deliver one narrative of China’s diverse gastronomical landscape.

For more from NIKE, Inc., check out all confirmed and rumored Jordan release dates for 2021 and beyond. 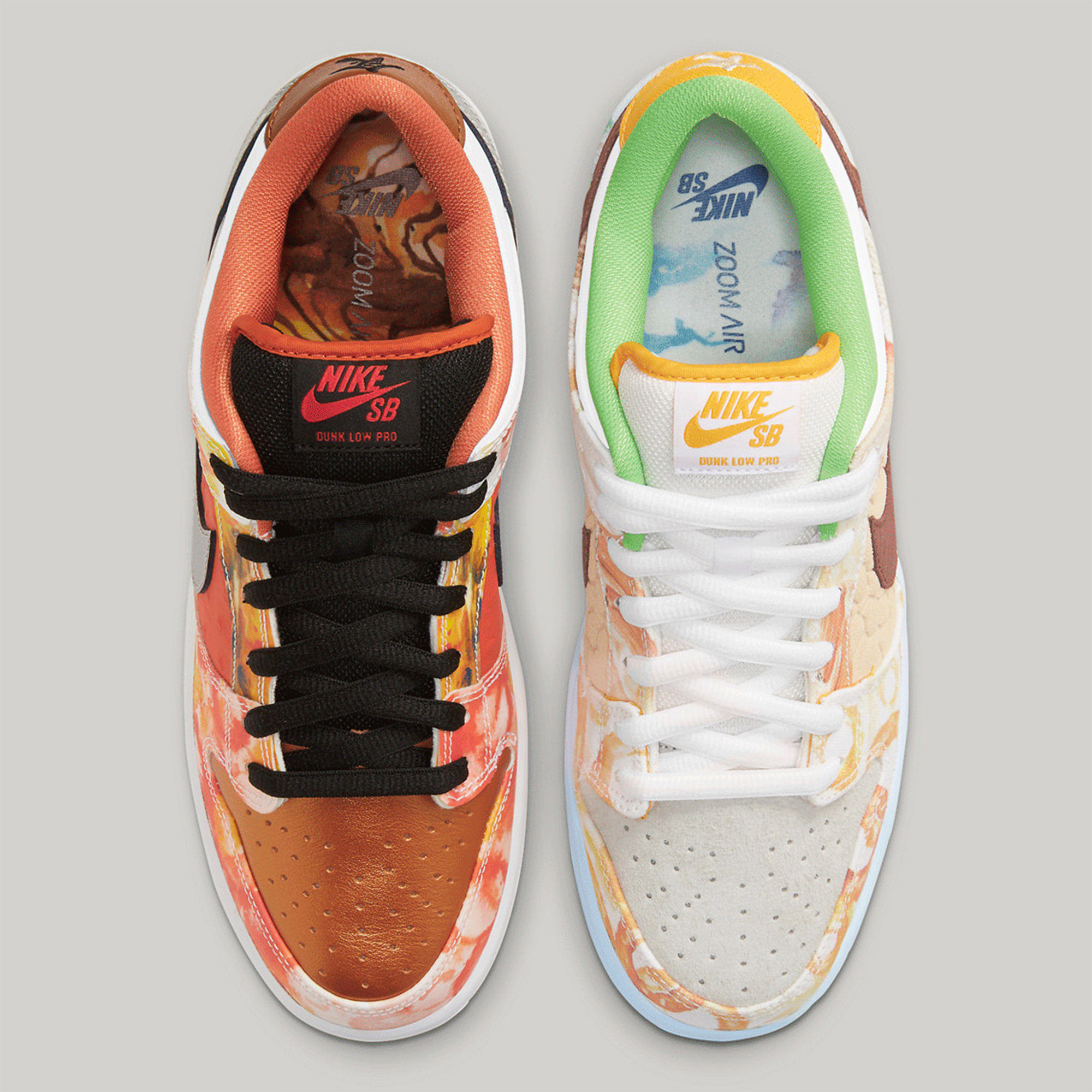