Darby Allin recently spoke on Insight with Chris Van Vliet ahead of tomorrow night's Full Gear pay-per-view. During the interview, Allin was asked about his love for skateboarding, and he revealed how the worst injury of his career had actually not come inside a wrestling ring.

He said that the worst injury of his career so far had come from a skateboarding accident and revealed that his initial thought right after it was that he had broken multiple bones. Allin also added that he never ended up going to the hospital:

"Skateboarding, by far. It’s kind of a crazy story. I was going down this big hill, and I hit a crack at the bottom, my elbow went into my ribs, I thought I broke my ribs. Then my kneecap smashed into the wall, I was laying there and I thought I had broken everything. I was laying on the ground and then I see I am laying in a red ant hill. It just got worse and worse, I thought I broke my wrist, and I had to wrestle next week, it was f*cked up. I was contemplating going to the hospital for 3 hours. I was like if I cough up blood then I will go, but I didn’t, so I didn’t go," said Darby Allin.

Darby Allin on whether AEW are happy with him still skateboarding

Allin was also asked about All Elite Wrestling's stance on him continuing to skateboard despite the risk of potential injury.

The former TNT Champion said he is currently working on a skate video, but the company is aware of it. He added that AEW is and will be his top priority:

"They know that I am filming a new skate video right now, and I am about done with it. I’m actually coming out with a Darby Allin collaboration with Deathwish Skateboards, I have their logo tattooed on my cheek. So they are coming out with the Darby Allin skateboard and I wanted to put a video out for it, so they know, and I know my own limits. AEW is my top priority, and I can’t show up to there with a broken hip," said Darby Allin.

Darby Allin has one of the biggest matches of his career this Saturday at AEW Full Gear, where he faces the dastardly MJF. 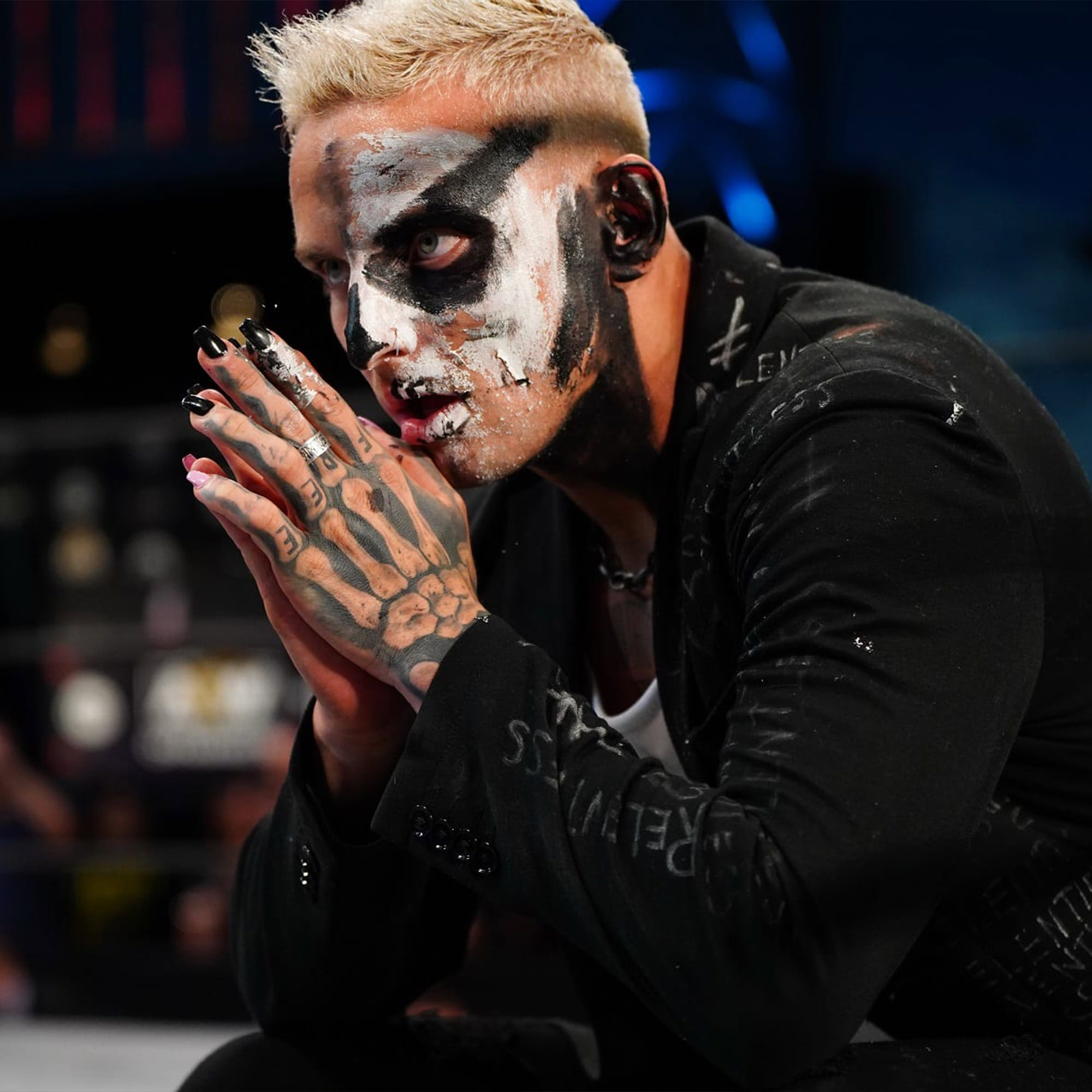