At 13 years old, skateboarder Momiji Nishiya of Japan just became one of the youngest gold medal winners ever at the Olympic Games. The girls standing by her side on the podium? Also teenagers.

Nishiya took home the gold Monday in the women's street competition — which debuted in Tokyo for the very first time. It sealed her nation's fate as the current dominating force in skateboarding, following a win by Yuto Horigome in the men's competition the day prior.

"I welled up in tears because I was beyond happy," Nishiya said after her win, which took place in a nearly empty sports park.

Nishiya landed her final three tricks and was awarded big scores to beat out Rayssa Leal of Brazil, also just 13. More than half of the women in the final competition were in their teens — Funa Nakayama of Japan, who clinched the bronze medal, is the eldest medal winner at 16.

Both Nishiya and Leal are now the youngest ever medalists in their countries.

"It's not right to think, well you have to study, you can't go skating because skating is for boys," Leal told Reuters. "I think skateboarding is for everyone."

The youngest gold medalist ever was Marjorie Gestring, who dominated the women's diving competition at the 1936 Berlin Games at age 13 years and 268 days. Nishiya is approaching her 14th birthday.

Many of the skaters shared a similar sentiment — they want girls to see that anyone can skate.

"For a long time, there were way fewer females doing this," Team USA's Alexis Sablone, who placed fourth, told Reuters. "It's taken until now for enough people to pay attention, to get enough eyes on it, to inspire more girls around the world to start skating." 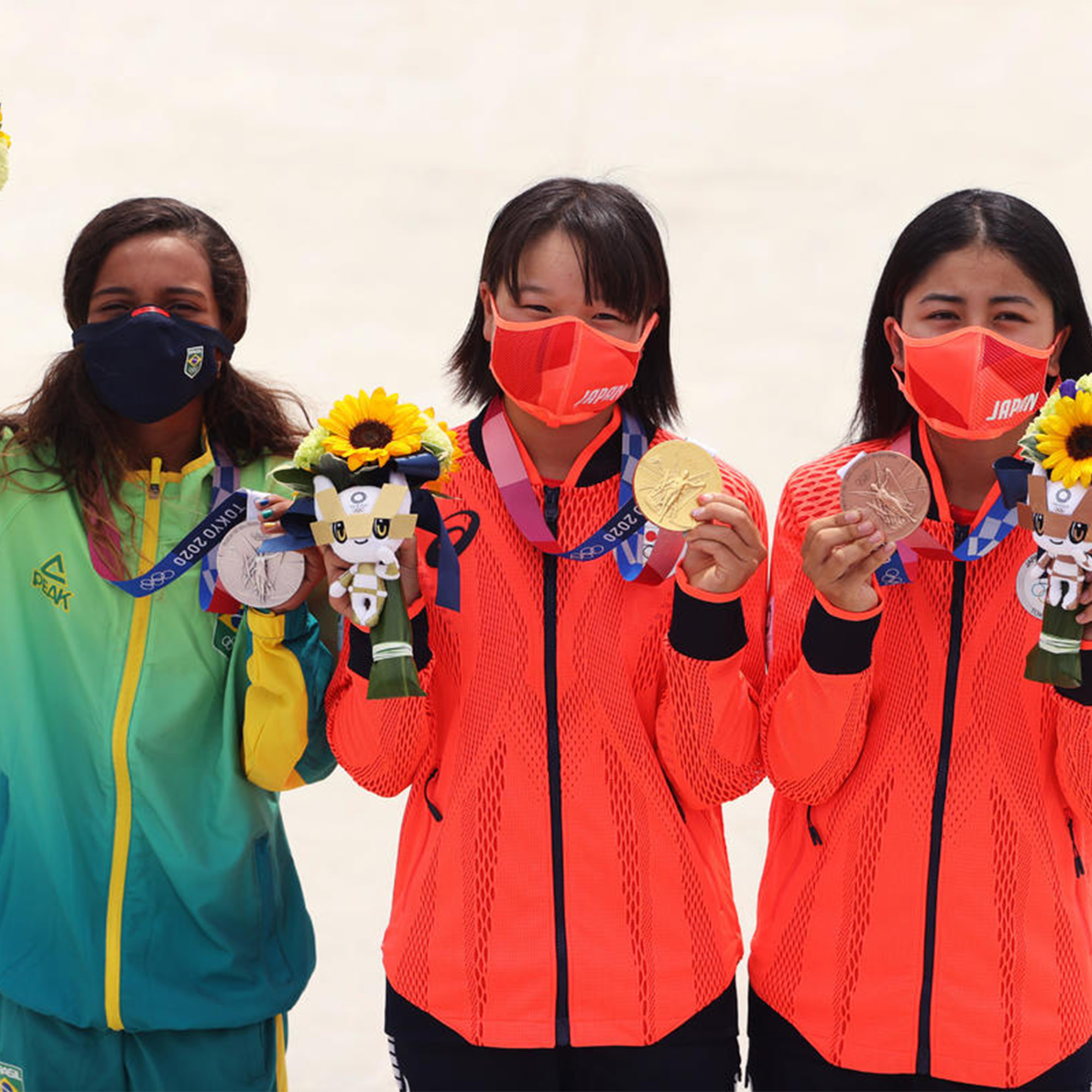