American skateboard legend Ryan Sheckler invited a few friends to ride the Slickrock Trail, in the heart of Utah.

Forget about chickens and eggs. This is a much more important question: which came first, the skateboard or the skatepark?

For more than 50 years, it has been held that the world's first-ever skatepark opened in 1965 at Surf City, in Tucson, Arizona, about a decade after the birth of skateboarding, or "sidewalk surfing," as it was then known).

But now we know that that's not true.

The world's oldest skatepark is, in fact, about 150 million years older than that.

A team of filmmakers tracked down the ancient recreation ground to a dust-swept corner of Utah's Moab Desert - a sun-drenched dreamscape of startling geology, sudden inclines, lines, cracks and eye-popping vistas that'd feel more comfortable on Mars than it ever has on planet Earth.

Eager to find out how it ran, they brought five of the world's most talented skaters to the wind-swept sandstone formations to put wheel to rock.

The result is "Petrified Park," an insane short film that follows Zion Wright, Barney Page, Ryan Sheckler, Alex Midler, and Ryan Decenzo as they put one of the only areas of skateable terrain unmade by human hands to the ultimate test.

"Before coming to Moab, I didn't know much," Ryan Sheckler says of the terrain.

"It's a lot different from skating in California. It's all rocks and crazy transitions and cracks everywhere. It's really exciting and a lot crazier than I expected."

The area is known for being one of the most popular mountain biking destinations in the world and features 10.5 miles of eroded remnants of ancient seafloors and petrified sand dunes.

The natural spot features multiple ancient slickrock formations created during the Jurassic period, i.e., from 201.3 to 145 million years ago.

A decade ago, photographer Jonathan Mehring found a place where skateboarders could enjoy a unique experience.

After getting permission from the Bureau of Land Management, Sheckler, Wright, Page, Decenzo, and Midler found the right rough surfaces, installed bigger wheels, and started getting the hang of it. 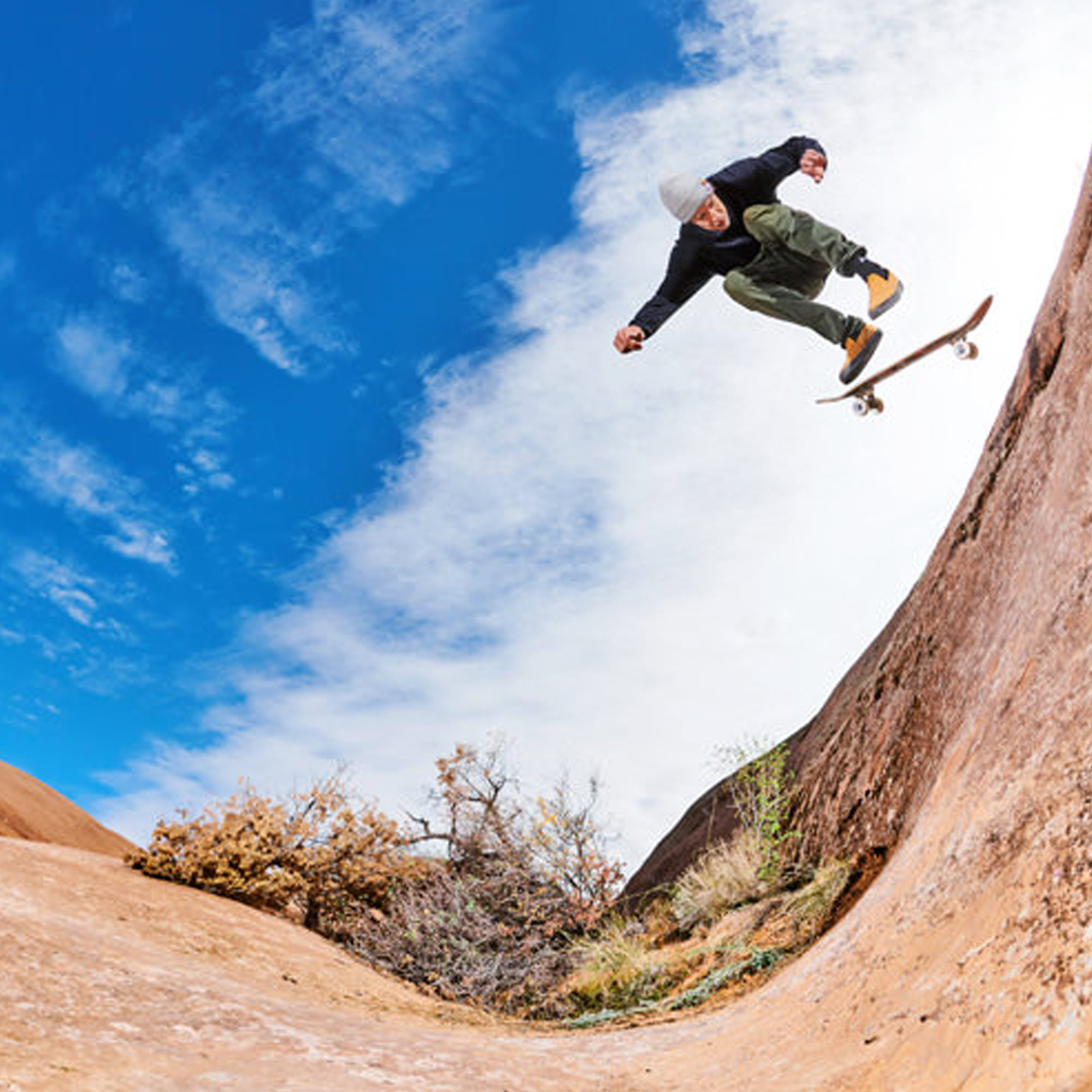