ôIn a word, iconic,ö said professional skateboarder and fellow MERGE4 collaborator Spidey De Montrond about Alva, ôIn the late 70ĺs the Alva brand was a game changer. The attitude that exuded from the thought-provoking Raul Vega stylized ads showed vision, power, and style which is everything.ö

Along with the classic Alva logo, each pair of Tony Alva socks is constructed with textile technology that supports an action based lifestyle, including moisture wicking soles, light compression to encourage circulation, and elastic arch support to cushion every movement.

Tony Alva is an innovator, trendsetter, and is regarded to be one of the greatest stylists to ever set foot on a skateboard. Alva is credited with being the creator of modern vertical skating and is one of the most stylish skateboarders to pull a Frontside Air. MERGE4ĺs collaborations reflect the bold stylistic statements that fans have come to expect from the Alva brand including bright colors and eye-catching prints.

The MERGE4 X Tony Alva collection socks are available to purchase at www.MERGE4.com and through select retailers.

Tony Alva is an American skateboarder, surfer, entrepreneur, and musician. He pioneered vertical skateboarding and was one of the original members of the Zephyr Competition Skateboarding Team. Transworld Skateboarding Magazine ranked him eighth in its list of the ô30 Most Influential Skateboardersö of all time. 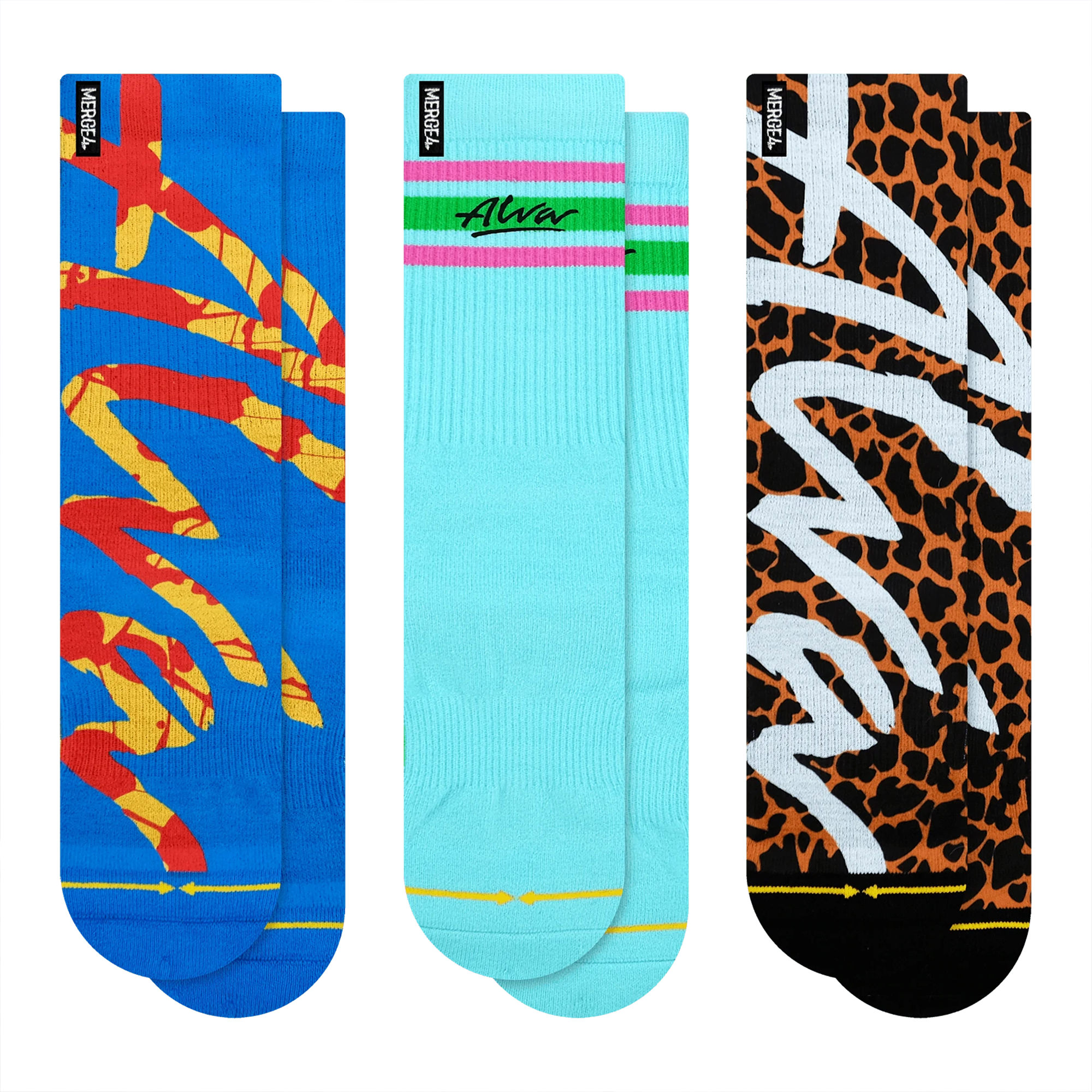