WINCHESTER — On the outskirts of downtown Winchester there is a concrete pad called "The Spot."

The Spot — which is teeming with dreams and positive vibes — is home to Winchester’s ever-growing skateboarding community.

Bobby Kaniecki, A 2021 Handley High School alum who is one of the about 30 regulars at The Spot, said skaters have almost been forced into seclusion. For example, the Loudoun Street Mall prohibits skateboards.

“The harsh reaction to skateboarding all over Winchester forces us to have to stay private and have our own little paradise,” he said.

That paradise is The Spot at 205 Wyck St. It is equipped with two quarter pipes, a flat down rail, a round rail, and occasionally a box and a curb. It is a privately owned lot where skating has been allowed. According to city records, The Spot was purchased by the National Fruit Production Company Inc. in 2008. The property owners did not return a request for comment.

First discovered by skaters in 2008, The Spot was initially only two levels of concrete separated by a ledge. The equipment there now has been placed by current and former local skaters. Skaters who initially found and used The Spot are believed to be former Pioneer Skate Shop owner Davey Hess, Mike Griffith and John Smith.

JD Riggleman, a 29-year-old Paw Paw, West Virginia skater who has frequented The Spot since 2008, said it is a hub for people from all walks of life.

“Spot came to be so that everybody in Winchester could have a place to go express themselves, whether it be through skateboarding, music, bicycles, rollerblades, you could build whatever you want, express yourself in any way,” Riggleman said. “It’s about keeping kids out the streets, keeping kids out of jail, out of drugs, it’ll give you a place to go to be free, a place you can go away from home and not be judged.”

If the skateboarding community approaches Winchester Parks and Recreation about a skate park, Winchester Mayor John David Smith told The Star the agency could consider the idea.

In 2015, however, a skate facility built by the city in Jim Barnett Park was permanently closed a year after opening because a majority of skateboarders would not wear helmets, according to Winchester Star articles.

Since 2016, Smith noted that skateboarding "came up maybe three or four times" and "it would make sense to have a designated location for a skate park." Asked if there were plans for building a skate park, Smith said, “There hasn’t been a plan — there have been discussions.“

“The concept is kind of dormant,” Konyer said.

He added that the department "would definitely be interested in revisiting the concept of a skate park in Jim Barnett Park.”

“They generally view the rough and tough nature of skating as a negative thing, when in reality it’s a super positive output for a large number of people. With skating now entering the Olympics this upcoming year, it is time for Winchester to become more accepting of this growing sport,” he said.

Mason Nickel, a 23-year-old Gore resident, said The Spot is a “hidden gem" and he is lucky to have found it. He moved to the area from New Jersey a couple of years ago and said The Spot has been very welcoming, adding “It means a lot to a lot of people."

Nickel said The Spot “desperately needs a professional to either construct or repair our various concrete elements.” He adds that the “wood is good for temporary things and indoors, but with The Spot being outdoors, it succumbs to the elements and concrete is really the only thing that can be brushed off throughout the day.”

During the COVID-19 pandemic, skateboarding's popularity has increased and its Google search rate has increased 97% nationally since March.

Millbrook High School senior Liberty Donaldson, 17, said she would not have begun skating if not for the pandemic.

“I got into it because I needed something to do that’s physical and this is as physical as it gets," she said.

Ian Shuster, a 2020 Handley graduate, added that he practiced skateboarding at home a lot during the pandemic. When things began opening back up, he was ready to return to The Spot.

“I was eager to see the community again and see all my friends and skate together,” he said.

For Shuster, The Spot is a place he has gone to clear his head for the past several years.

“Skating allows for positive creative expression in ways that are still fun and thrilling,” he said. “The risk of danger scares away regulars but to us skaters, it’s what makes skateboarding so addicting.

Like life, skateboarding is also built on determination and adaptation.

When Liberty thought about what makes skateboarding beautiful, she said it’s all about the practice and “amazing” tricks that often require a lot of falling and pain.

The skateboarding culture also embraces free spirited expression through fashion and skateboard design as there are an array of board shapes and graphic designs. With the different ways boards can be customized, skaters can express themselves in unique ways.

“Skateboarding has always been about promoting individuality," Nickel said. 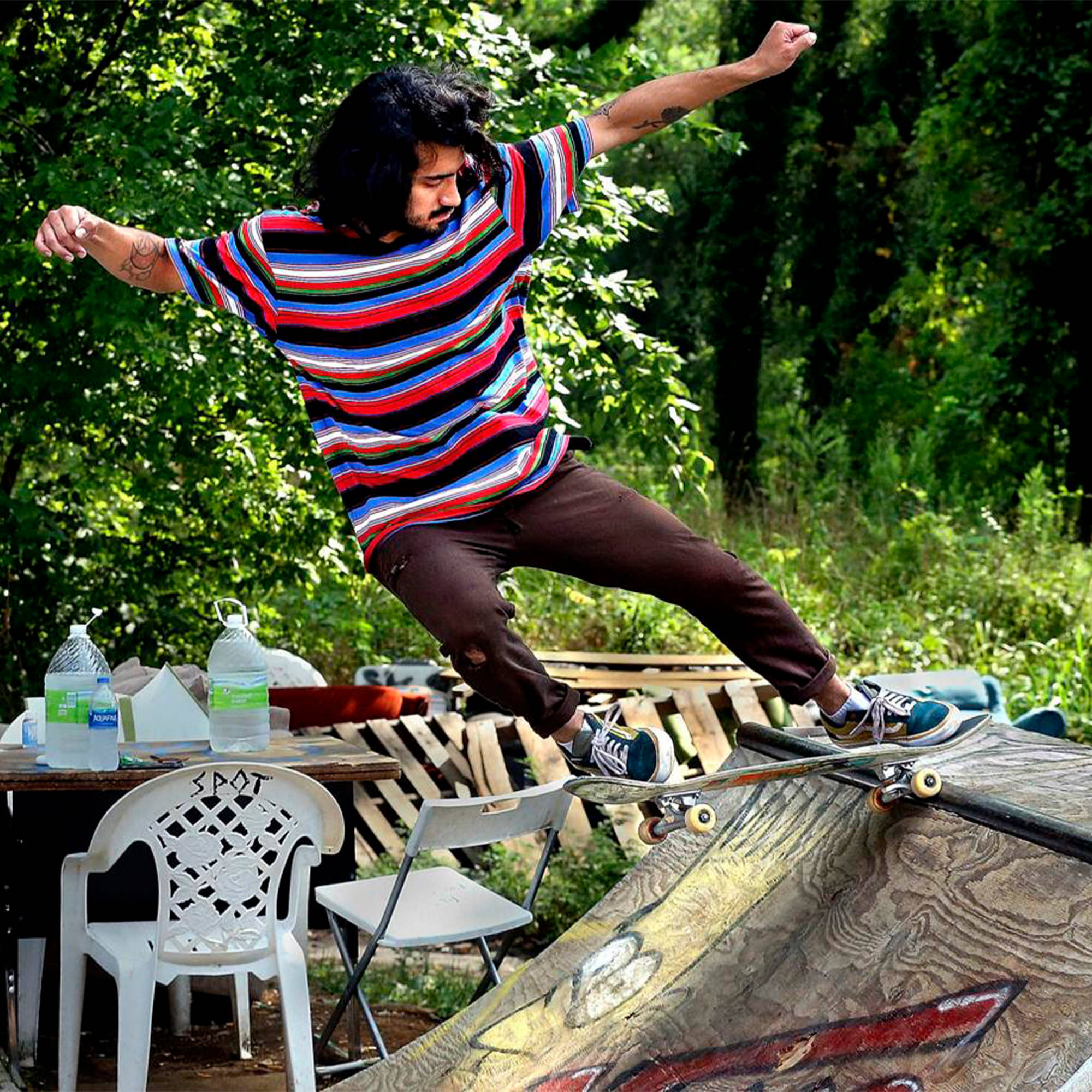