Li-Ning Is Dropping in to a Whole New Category

Li-Ning Is Dropping in to a Whole New Category

With skateboarding about to make its debut at the Tokyo Olympics, the sport itself is having quite a moment. Subsequently, Li-Ning is looking to capitalize on the ever-escalating hype by crossing over into the skate category with the help of veteran skateboarder and designer, Erik Ellington.

This week, the Chinese sportswear brand introduces its debut skate line, which is being led by the Erik Ellington Signature Model. As with the franchise as a whole, the shoe takes design cues from vintage basketball sneakers and runners Ellington wore growing up.

“The tongue flap is an homage to the double tongues we used to rock on our shoes in the mid-90s,” Ellington said in a statement. “With this design, we explored new material combinations that have never made their way onto a skate shoe before, like the ripstop toe-cage and sealed double tongue flap.”

The Ellington Signature Model is billed as a high-performance skate shoe that is outfitted with Li-Ning's signature Boom midsole technology. Debuting in three colorways of "Astro Pop," "Tropicana," and "Polar Night," the overall aesthetic blends running attributes with a noticeable lifestyle look.

Li-Ning tapped photographer Lukas Gansterer to showcase its inaugural skate collection in a lookbook featuring skaters Zach Allen, Tinga Johnson, and Davey Sayles. Retailing for $180, the Erik Ellington Signature Model is slated to launch in the United States on July 22 at retailers such as KCDC, Andrew Downtown, Black Sheep, Kingswell, and Humidity. A global release will take place on July 30 through SSENSE and Luisaviaroma. You can also look forward to apparel styles arriving later in the year. 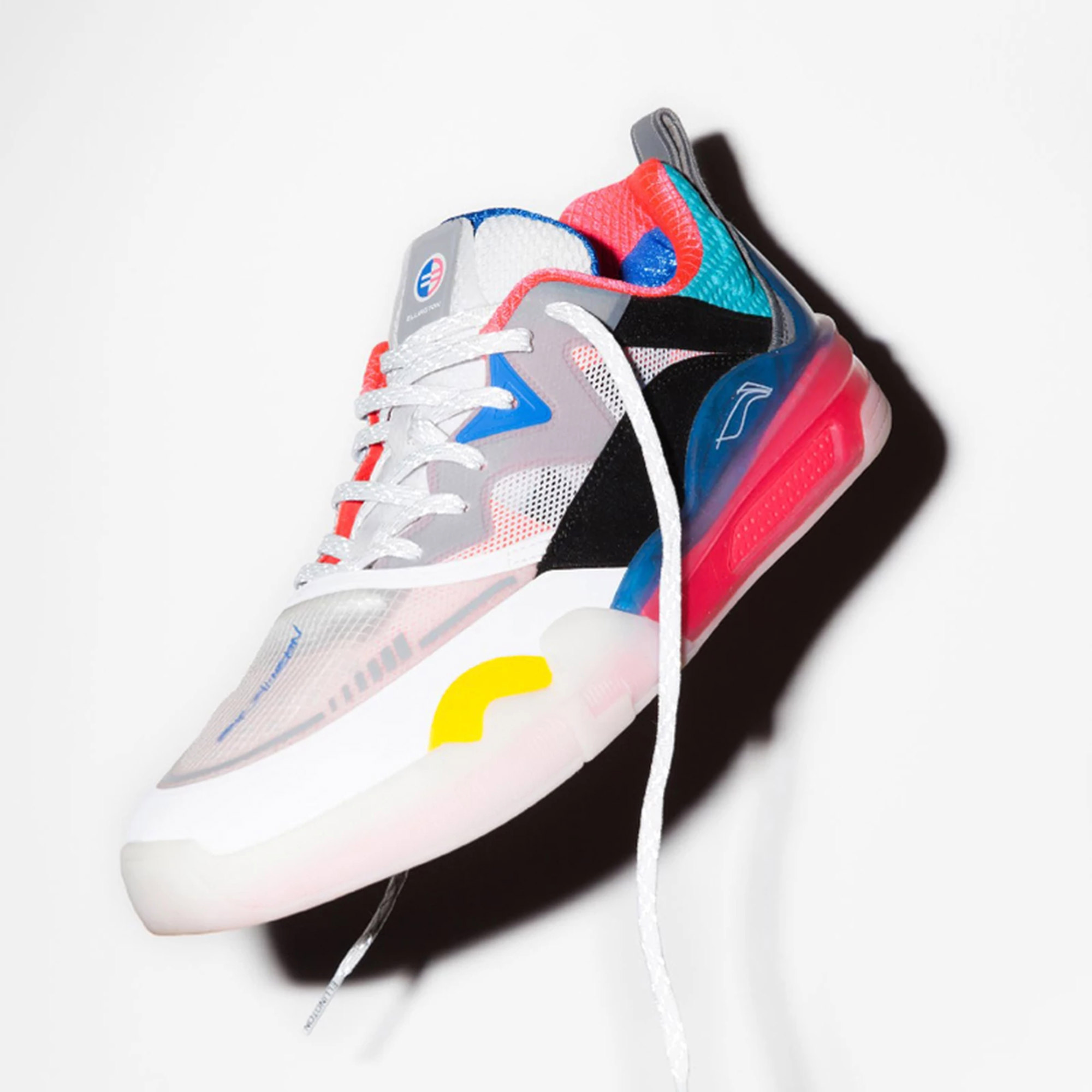