Let’s flip again: skateboards take off for a new generation

Let’s flip again: skateboards take off for a new generation

Millfields Park in Hackney, east London, is filled with the sound of tiny wheels gliding on concrete after the nearby schools finish for the day. Children in checkerboard shoes and hoodies have come to skateboard at dusk. It is a few days before the start of the second lockdown.

Nieko, aged eight, tells me he took it up a few months ago because he just “likes riding around”. His mother, Joanne, a product designer, says she is pleased to get him off the internet. It is, she says, like the old-school days when people would knock on your door and invite you to the local park.

Finnbar, 10, says he started in August: “I find it fun to skate everywhere [and] practise my ollies [jumps]. I’m getting all right at them.”

Similar scenes were being repeated around the country, with a surge in skateboarding since the start of the pandemic. “We expected it from when the Olympics started,” says Neil Ellis, head of digital engagement at Skateboard England, but we didn’t expect this increase that’s come through Covid. The skateboard shops have had their best sales ever.”

Ellis has been skateboarding for 23 years and has never seen a situation where you couldn’t get hold of a board. “But this year there’s a worldwide shortage.” Although skateparks are now closed again during the second lockdown, it has been the same story everywhere. “They’ve just had their best summers ever,” he says.

This huge uptick can partly be explained by the surge in interest in outdoor activities because of the pandemic. “It’s a sport that you can do on your own,” says Ellis. Plus it’s unusually accessible. “You just need a flat bit of ground – car parks are ideal,” says Danni Gallacher, who has been skateboarding for the last 13 years and runs Girl Skate UK.

But it goes deeper. Ellis believes the community around skateboarding is a benefit in a bumpy year. “Everyone supports each other … skateboarders have rallied together.”

The focus involved in the act of skateboarding is a draw for many – and something that has become particularly precious during the pandemic. From quilting to colouring, activities that require mindfulness have been blossoming.

“It’s escapism,” says Ellis. “You go skating with your friends and everything feels normal.”

For Zuleha Oshodi, 24, who works in fashion and has been skateboarding seriously for the last two years, “it’s that ability to go and lose yourself for a few hours”. She came to it when she was “in a weird place – I’d just lost my job, I’d just finished uni, I was a bit, like, I don’t know what I’m doing with my life.”

Skateboarding was, she says, “that thing I could do that made me feel alive again”.

Many relatively new skateboarders, such as Annie McCormack, 28, agree. She has been skating for about two months, and has set up a girls’ skating collective in Hull. “I’ve had a history of mental disorders, and skating makes you remove any of those thoughts because you have to concentrate on that skill,” she says. “For those moments or hours, you skate, you’re in another zone.”

Patience – another quality that is proving particularly useful in 2020 – is also encouraged by the perseverance needed to skate. An antidote to the instant gratification of social media, it takes time, effort and hundreds of tries to successfully land tricks, something that Gallacher describes as “humbling”.

Much of skateboarding’s recent growth has been thanks to women and girls finding their way to the sport. Once associated with lad culture, skateboarding’s inclusivity has been growing over the last five years, according to Gallacher, who has been running skateboarding workshops for women in Sheffield over summer.

According to Ellis, the number of female skateboarders has grown by 24% over the past 12 months, to about 112,000. He, and some of the 11-year-old girls skating in the local park, namecheck Sky Brown, who will be 13 when she represents Britain at next year’s Olympics, as a source of inspiration.

It was finding another female skateboarder that encouraged Oshodi. The fear of falling and being laughed at has kept many away from the sport in the past. But “it was a lot easier if you had one other safe-space type of person. I’d fall over, she’d fall over, we’re both girls, we’re doing this.” Now, she says, “go to any skatepark and there will be girl skaters. Sometimes there will be more girls than guys.”

In a difficult year, many are finding peace on ramps and in parks. For 27-year-old illustrator Liisa Chisholm, who has been skating for seven years, “skateboarding is all about love, and that’s something we could all use a little bit more of.” 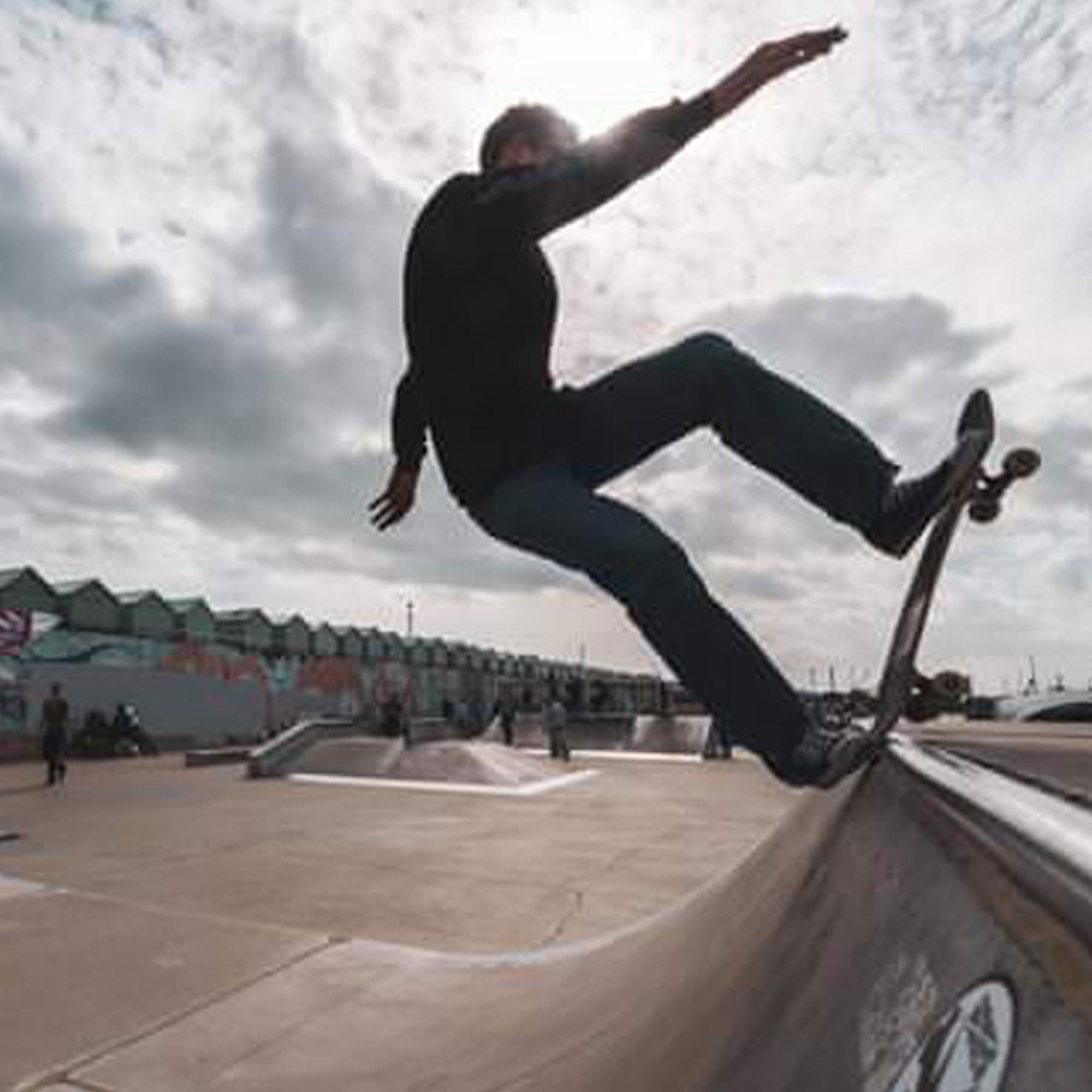