Ethernity Chain to Mint and Auction the Digital Collectible as NFT Boom Accelerates On the heels of numerous blockbuster NFT auctions by artists, celebrities, entertainers, and crypto evangelists, professional skateboarder Tony Hawk is set to auction his digital collectible at a still-unannounced date and time.

The 52-year old pop-culture icon announced on Instagram that he had completed his final performance of the 540-degree “Ollie” that he landed first in 1989, underlining the scare and danger of doing the trick. On Twitter, he added, “Did my last ever ollie 540 today. You can compare it with my first one 32 years ago. This one meant a lot to me.”

According to the pro skateboarder, @tweestophers, angle of the shot of him completing the trick would be minted as an NFT on the Ethernity Chain and auctioned. Ethernity, a rapidly-expanding NFT blockchain network, is known for its social bent, given that all NFTs auctions donate a portion of the proceeds to charitable causes. The network has recently been tasked with building a collection of Muhammad Ali NFTs to benefit the Ali Center.

Bosslogic’s sales, while significant, were dwarfed by Beeple’s recent results in a Christie’s auction, which saw the artist sell one single JPEG made of 5000 smaller images for an eye-watering $69.3 million by Singapore-based cryptocurrency investor Metakovan. Beeple has also auctioned NFTs for charity.

The NFT-craze has attracted many other celebrities, including Lindsey Lohan, Grimes, and key cryptocurrency evangelists like Twitter’s Jack Dorsey and Gemini’s Winklevoss twins. Still, some are more hesitant to embrace the movement, like Litecoin’s Charlie Lee, who likens the auctions to the speculative ICO bubble.

Tony Hawk hasn’t been as vocal as some of his celebrity counterparts in talking up cryptocurrency and NFTs, yet he’s been a surprisingly long-time advocate of Bitcoin. Tweets in past years establish that he’s “hodled” Bitcoin since 2013. Hawk was also slated to present at the Bitcoin 2020 conference in San Francisco last March before it was canceled due to the pandemic. 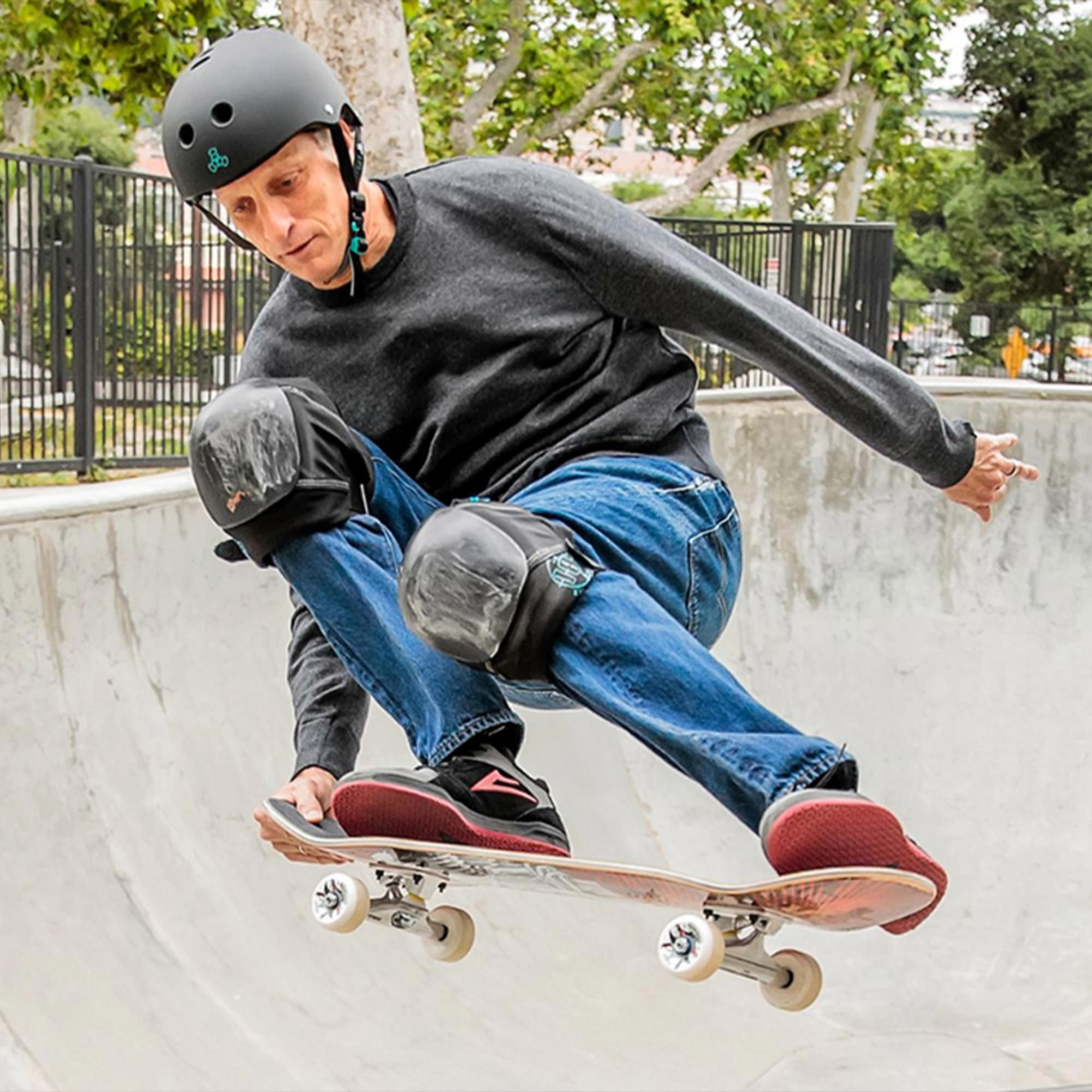