Kareem Campbell has been making moves in the skateboarding world since the early '90s — literally and figuratively. While he was building a career as a skateboarding celebrity, his business pursuits earned him a range of success as a mogul in equipment, fashion and real estate. He is also credited with inventing a trick called the Ghetto Bird, hence the name of his new podcast, The Ghetto Bird Show.

Campbell is perhaps best remembered for his role in the newly relaunched video game Tony Hawk’s Pro Skater 1 + 2. At the time of the game’s original release in 1999, he was propelled into superstardom. The Birdman himself has said that Campbell is responsible for raising the profile of skateboarding in the Black community. That is high praise, but he takes it modestly.

”It really never hit me until it was acknowledged by some of the fans,” Campbell says in a phone call. “It was crazy. Basically if people identified as a minority then in the game, they aimed toward me. Regardless of that, I definitely didn’t look the way people thought a skater should look.”

By that, he means, “a little thuggish” with cornrows, a do-rag, jewelry and basketball gear. Campbell remembers often feeling a semblance with those who approached him, and understanding where they were coming from. That delegation as a role-model for Black and brown youth helped to propel Kareem forward.

“You’ve got to think about the impact you have on people that you would otherwise never know you were affecting," he says. "Honestly, it helped me to be myself.”

In that respect, he has always stayed true to his style.

“When you factor in too much of the limelight, you get confused,” he says. “Sometimes it's best to stay grounded on who you are.”

Campbell came up under '80s top skating icons Jesse Martinez and Christian Hosoi, and he gained knowledge watching them go through their trials and tribulations.

“They saw me blowing up and going down the wrong path," he says of the pair. "They taught me what to watch out for because it’s not like anyone else would come up and tell you what stardom is.”

While blessing Venice Beach street spots with infinite “steez” on his board, bringing exquisite style to street skating, Campbell came to be regarded in the skateboarding world as a legend and future Hall of Famer. The level of respect from his peers is so real that when Campbell's longtime friend and fellow skateboarding legend Chad Muska was nominated last summer for Hall of Fame recognition, Muska announced that, in solidarity with the Black Lives Matter movement, he would respectfully decline his nomination and defer it to his older brother-in-arms, Kareem.

“I don’t base myself off the Hall of Fame or anything, but that love from my family and friends is all I really need," Campbell says. "The statement that Muska made is a genuine statement, and he was showing good, honest skateboarding love. I love it. It’s like a million-dollar check.”

After bouncing from Harlem to Hollywood and traveling the world, Campbell decided to park his skateboard in North Texas, settling in Richardson in 2005. It was a business decision based on the real estate boom, and the lower prices of Texas real estate. Campbell says the move provided a change of scenery and a lovely place to raise a family.

“It’s just like a baby Beverly Hills," Campbell says excitedly. "I run into so many people that I know from back home. It’s crazy, but everybody has houses out here ... But, it’s not too often I’d go jogging in Hollywood.”

Now, he has fallen in the line of local podcasting notables with a new series airing semi-regularly on YouTube. It’s co-hosted by Rob Cahill, who is also one of the founders of Dallas nonprofit skatepark and community outreach project, 4DWN.

For Campbell, 4DWN is a place to hang out and kick it with friends while offering the same kind of mentorship that was given to him. Through his longtime friendship with 4DWN founders Cahill and ex-pro athlete Mike Crum, The Ghetto Bird Show was born.

“It’s the first step; we want to build an outlet for having conversations because everyone is so down with all the problems of the world,” Campbell says, in reference to pandemic suicide rates. “We want people to be aware of what’s going on. At the same time, we want them to be able to smile.”

The show has no bounds. The co-hosts discuss a variety of topics from skateboarding to world issues, and their first guest was none other than Hawk himself. You can expect to get a load of what they refer to as “#WTFuckery” on the hosts' minds.

“There’s this thing with cursing,” Campbell says. “I have two sides to Kareem. I want to speak my mind but at the same time stay politically correct. Sometimes #WTFuckery pops up when they are like ‘Damn, Reem.’ Anyone that knows me will say that often. ‘WTFuckery is that?’ I’m working on it. I don’t want to offend.” 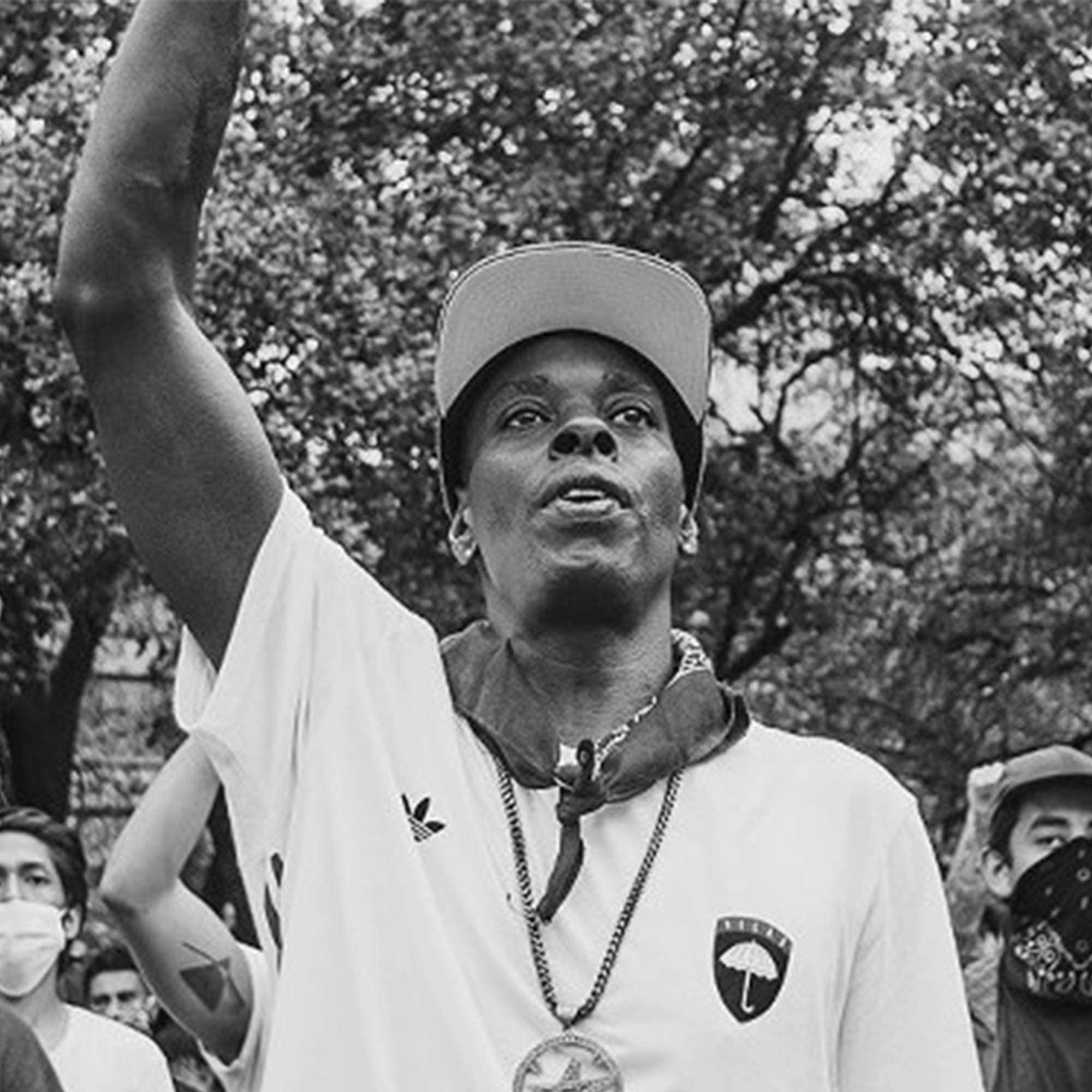