BRANFORD Ś Asked how she and her husband Joe have been able to open four cafes, employ a stable of 24 employees, and run a thriving wholesale business within the space of three years, Johanna Perazella, co-owner of Perkatory Coffee Roasters, paused.

ôItĺs the freshness of the coffee,ö said Leighton Davis, who was ordering an eggnog latte on a recent afternoon at Perkatory, which opened last month at 4 Brushy Plains Road in Branford.

Michele Malerba, who was waiting for a ginger cranberry espresso mocktail, chimed in. ôJust the sheer variety,ö she said, gesturing at the wall-length menu above the bar featuring everything from drip coffee to cappuccino and macchiato, to frozen blended drinks like the Lochness, a mixture of cold brew, salted caramel, cream and ice.

ôThe vibe,ö said Shelley Johnson, who was settled on a couch in the low-lit, minimally furnished space. ôItĺs so chill and welcoming in here.ö

It was all of that, but there was also the meeting with a landlord in 2018, according to Johanna.

ôWe were scouting out locations for our first coffee shop in Middletown,ö she said.

ôHe took one look at these two people body-suited in tattoos, Joe with his ear tunnels and me with my blue hair and we could just see him backing away,ö she said. ôBut then we started talking and he saw we knew what we were doing.ö

At the time, her husband, Joe Perazella, was a commercial salesman with AutoZone. Johanna was a medical receptionist at Middlesex Hospital.

ôNeither of us were really happy where we were,ö Joe, 34, said, as a jazz-inflected Christmas carol filtered through the space.

The year before, they did a coffee roaster tour in San Diego. By then, Joe was getting into craft coffee, and experimenting with roasting and brewing techniques.

They stayed at their jobs. Joe continued to school himself on how to roast a particular region of coffee to bring out natural flavors, on the distinction between the fruity tea-like notes in Ethiopian beans and the nutty chocolaty ones in Guatemalan ones.

ôHeĺd been acting funny for a couple of days and we were sitting on the couch and I finally said Ĺwhatĺs going on?ĺ and he cleared his throat and told me he had just ordered a roaster,ö she said.

The cost of the roaster was over $10,000. ôThat was a huge chunk of money for us,ö she said, as the sweet aroma of caramel macchiato wafted through the space. ôBut I was all in.ö

Their plan was to roast from their Middletown garage and sell online. Then, Joe said, ôI started going through the avenues with the health department and planning and zoning. It was so much to do to just outfit our garage that we started thinking we might as well find a spot and go for it.ö

They opened in Middletown in October 2018. ôThe vision was to create a space where weĺd be comfortable hanging out,ö Johanna said. Perkatory comes from their shared love of Halloween and puns. (Their coffee ôwill raise you from the grave,ö their website reads. ôWe take coffee deathly serious.ö)

ôWe both grew up skateboarding, listening to punk rock and hanging out at coffee shops,ö Johanna said. ôAll of those communities are very inclusive, and thatĺs how we envisioned our business.ö

There were growing pains. ôI was working open to close at the cafe seven days a week with three employees,ö Johanna said. Joe was still at AutoZone. ôSix months in, I could see she was tapped out,ö he said.

In May 2019, they got a message from the town of Southington asking them if theyĺd consider another Perkatory there. ôThatĺs when we knew we were OK,ö Johanna said.

Around the time of that opening, COVID hit. ôWe got all our employees together on a Zoom call and asked who felt comfortable working, and then we went to takeout, and got an online ordering system going, and had our customers pick up right outside,ö Johanna said.

ôThere were some scary weeks when we werenĺt sure if we could stay open based on sales, but it worked out,ö she said. ôA lot of people said they were thankful for us because it gave them a little normalcy.ö

ôIf anything, all that made us stronger,ö Joe said. Apparently so. Over the summer, the two decided to expand to another location. ôWest Hartford and Branford presented themselves to us at the same time,ö Johanna said. Again, they agreed to go for it.

Both credited their employees as a prime reason for their success.

ôThey trust us and we trust them,ö she said. ôIĺm in each cafe a half a day a week while our sonĺs in day care. They feel comfortable communicating with us what their needs are and then we make sure it happens.ö

Just then, Ari Munzer, a stylist at Mur Salon, appeared at the counter. Like Johanna, she had fluorescent-colored hair and lively tattoos up and down her arms.

ôItĺs an alternative place for people who look like me,ö she said. ôPlus their coffee is out of this world.ö 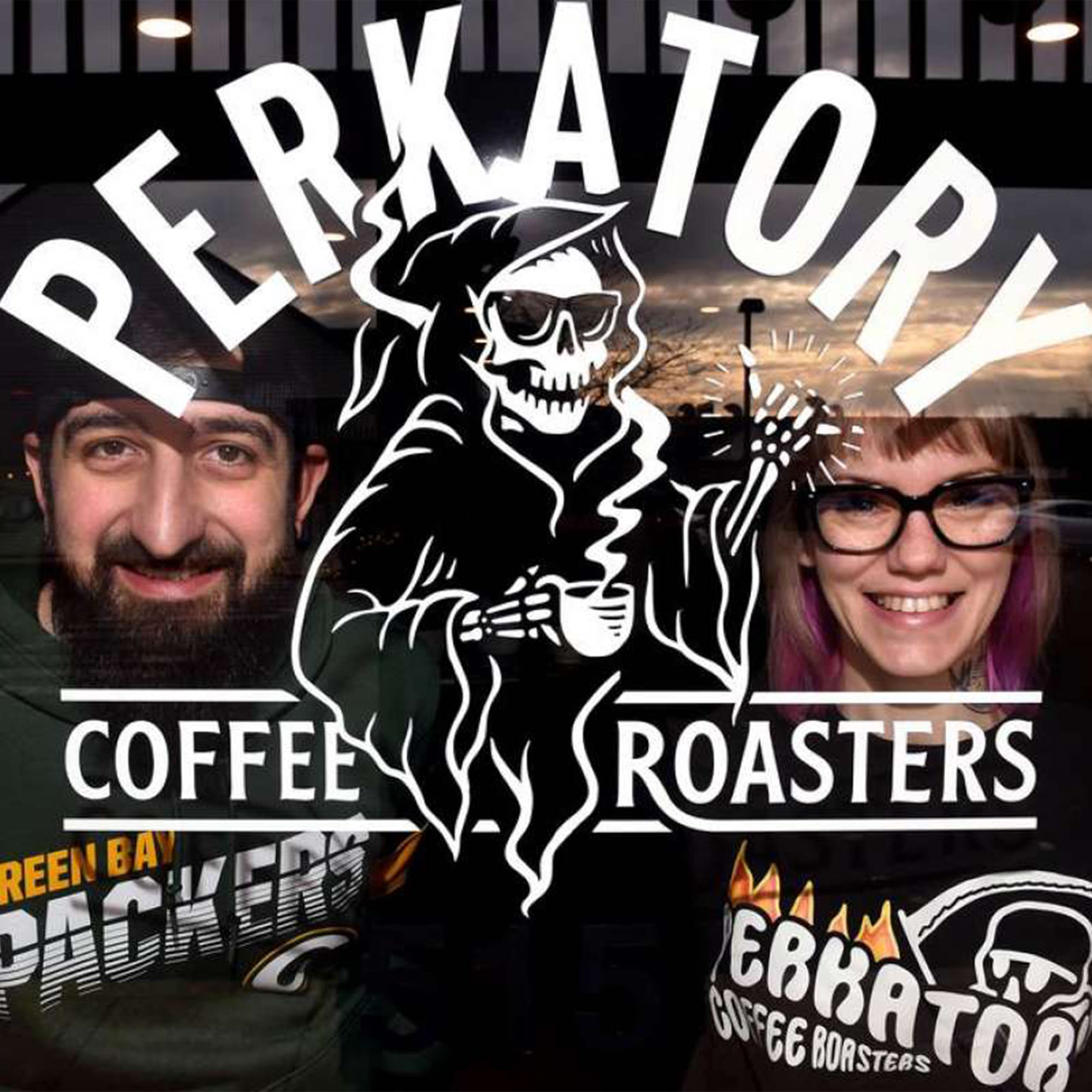