A teenager leaps into the air on his skateboard before thudding to the ground. Nearby, his friend rotates a board on his head while another uses zig-zags down concrete steps.

It's close to midnight and these skaters have gathered at Osaka's Triangle Park in the city's Amerikamura (American Village) neighborhood. Flanked on all sides by apparel shops and independent boutiques, this has long been a hub for young creatives. But it also has a near-constant police presence. "From the outside, this park looks like it belongs to young people, but when we skateboard here, the police always come," says skater Taiichiro Nakamura, better known as "Chopper."

"So while this place is meant to represent freedom, it's not quite the case."

For the past 30 years, Chopper has been part of the Osaka Daggers, a skate collective named after a gang in the 1986 American movie "Thrashin." When he started coming to Triangle Park in the 1980s, the crew often clashed with local youths -- and were branded rebels and misfits by older, more conservative parts of Japanese society.

Today, the Osaka Daggers is a diverse group of artists and skateboarders of all ages. And with skateboarding making its Olympic debut this Sunday, a once-niche counterculture is now a global commodity and high-fashion obsession.

But while purists might see the prospect of mainstream acceptance as a threat to this once-underground culture, Chopper welcomed the development.

"I don't think our alternative skateboarding culture (will be) changed by the Olympics," he says. "When skateboarding became an Olympic sport it expanded the scene.

"People who believe in old-school styles aren't being forced to change their ways just because skateboarding became an Olympic sport."

Skateboarding can be traced back to 1950s America, where West Coast surfers started attaching wheels to wooden boards in order to "surf" on land. It flourished in the 1960s, with stars from Clint Eastwood to Katherine Hepburn pictured trying their hand at the sport.

In 1965, ABC televised the National Skateboard Championships, which saw international skaters battled it out for prizes of $500. And in decades since, this underground subculture and casual hobby has transformed into a competitive profession and multi-billion dollar industry.

In Japan, the trend took longer catch on, but the All Japan Skateboard Association, founded in 1982, helped to gradually introduce the activity through surfing centers. Chopper, meanwhile, got his start in skateboarding in the late 1990s when -- aged 15 -- he rented his younger brother's board for 500 yen ($5) a week. He imitated the American skaters he saw on grainy VHS tapes, which, he said, took about six months to make it to Japan after their US release.

Encouraged to pursue an unconventional career path by his father, Chopper practiced skating obsessively, eventually turning his hobby into a profession. After performing well at national competitions, he soon found posters of himself pasted on the walls of local skate shops. He was then offered a column in a monthly magazine, where he balanced crude jokes and anarchic commentary with more serious explorations of the art of skating.

Chopper's musings -- coupled with his punk rock look and ethos -- earned him an underground following. Kids interested in skateboarding often bypassed the Tokyo scene and headed to Osaka, forming the foundation of what is now the Osaka Daggers.

With his slight build, Chopper never thought he'd reach the same level as international skaters. So with many of his American counterparts chasing bigger "air" and increasingly ambitious aerial tricks, Chopper stuck close to the ground and pursued innovative street skating. He imbued his tricks with a sense of fun, inventing moves like the "potato roll," which sees him twisting his body against the ground with his board balanced on his feet.

"Chopper made people realize that skateboarding isn't just about copying other people's styles," says Hayate Kamimura, who skates with the Osaka Daggers and works as an instructor at a nearby skate park. "It's about how you bring out your own creativity and invent a style that's unique to you."

After decades in Japan's underground, skateboarding experienced a global breakthrough in 2015. As part of an initiative that sees host countries propose new sports for the Games, Tokyo 2020 organizers included skating on its shortlist.

The next year, the proposal was formally accepted by the International Olympic Committee alongside surfing, karate and climbing. History will be made on Sunday at Tokyo's Ariake Urban Sports Park, as the very first skaters to call themselves Olympians kick off the men's street skating competition.

But when it comes to mainstream acceptance in Japan, there's still a long way to go, according to Daisuke Hayakawa, coach of the country's Olympic skateboarding team. While the excitement around the Games has encouraged more parents to take their kids to skateboarding class, he said, skating in public areas is still frowned upon.

"There still aren't enough skate parks where we can skate without disturbing people," he said. "If you skate on the street, you have to share that space with people walking by -- who will get the impression that skateboarding is noisy, dangerous or scary.

"That's why people still don't have positive attitudes towards skaters."

Nonetheless, compared to the late 1990s, when Chopper and his crew started out, skaters are increasingly part of Japan's urban fabric -- despite the ongoing police presence at Osaka's Triangle Park.

"Now we have more kids, women and elderly people skateboarding because of the Olympics," Chopper said. "The scene is definitely becoming more diverse." 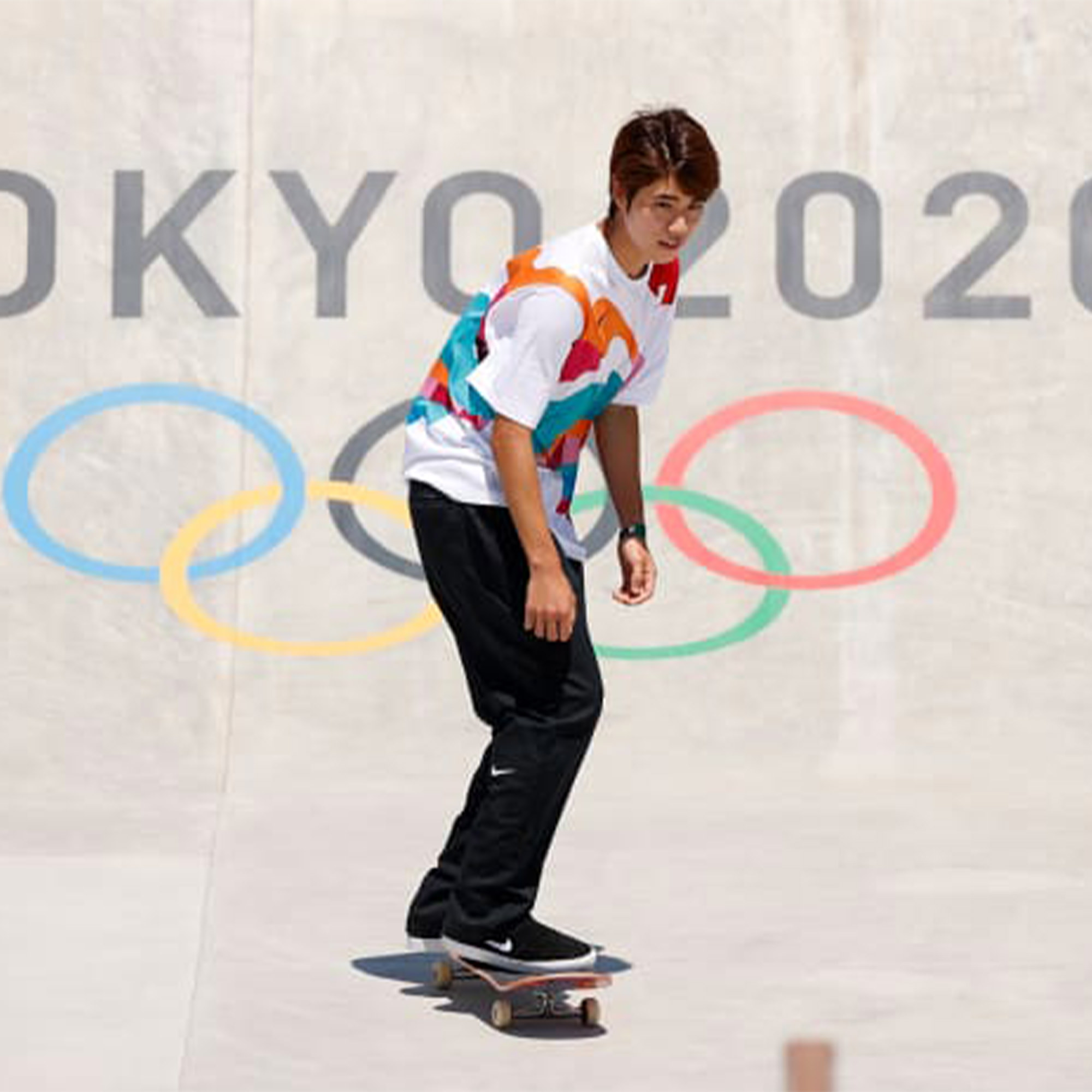