Inside the District’s skateboarding scene

Inside the District’s skateboarding scene

The District is generally known for its art and history, but some locals say its skating scene is the city’s hidden gem.

“It’s about having fun with your friends and the community that you can get from skating,” senior Annaliese Keller said. “It can really expand and introduce you to so many amazing people.”

Getting into the skating scene

Skateboarders said they joined the skating community to pick up a new hobby, but they kept with it because it gave them a community of people to network with and build friendships.

Senior Brianna Pearson said she started skating over the summer because she was bored. She said since joining the skateboarding community, she has formed closer relationships with other students who skateboard and people from around the DMV who share the “instant” love of skating.

“You get to meet new types of people,” Pearson said. “I became pretty close friends with one of the best skaters who was so kind and so are all the other skate skaters I’ve met.”

Skate groups like @Flo.dmv use their Instagram page to schedule group skates, and other local skate groups like the @Shaw_boyz and The Wolf Pack formed over years of skating at The Shaw Skate Park.

Some novice skaters like senior Kaycee Beardeaux said she started skating to get around the city. She said the activity helps her take her mind off of work or school by practicing tricks or riding around the city for fun.

“It’s a nice escape from work or school or whatever you have,” she said. “At the end of the day, it’s just a piece of wood on wheels, and you’re just riding around doing tricks, but it means so much more than that.”

Even though the pandemic has impacted almost every aspect of our lives, skate culture is one of the few activities that remains virtually untouched because it is almost always practiced at outdoor skate parks. Beardeaux said she’s met other skaters since picking up the hobby, even if it only involves a “head nod” to a fellow skater.

“Skating has been a really great way to meet people during the pandemic actually, because it’s outdoors, it’s always been socially distanced unless you decide to congregate,” Beardeaux said.

JT, a 23-year-old D.C. skater and skate instructor who declined to provide his full name, has been skating in the city for 12 years. He said the skating scene has a rich history of community and networking. He said Freedom Plaza has been a hub for the city’s skateboarding scene for years, and the marble that makes up the area is marked up from skateboarders over the years.

JT added that people from the surrounding areas of Virginia and Maryland and tourists typically congregate at Freedom Plaza as an unofficial urban skate park.

“The scene is sick,” JT said. “There’s a lot of history, legendary spots like Freedom Plaza. A lot of [skate community] networking goes down, you meet people from all over. The scene is incredible and D.C. is just the heart of it.”

For those who are looking to “vert skate,” which involves skating on vertically inclined surfaces like ramps, the Malcolm X Park has great beginner ramps to practice, skateboarders said. Bigger parks like the Shaw Skate Park are temporarily closed due to renovations, and the Shaw Skate Park is scheduled to open this August.

Keller, the senior who skates around the city, said Freedom Plaza is generally known as a place where skateboarders can practice tricks, network and meet other skaters.

“It’s really a great place to practice tricks because there are rails that you can hold on to and there’s usually not a lot of people,” she said. 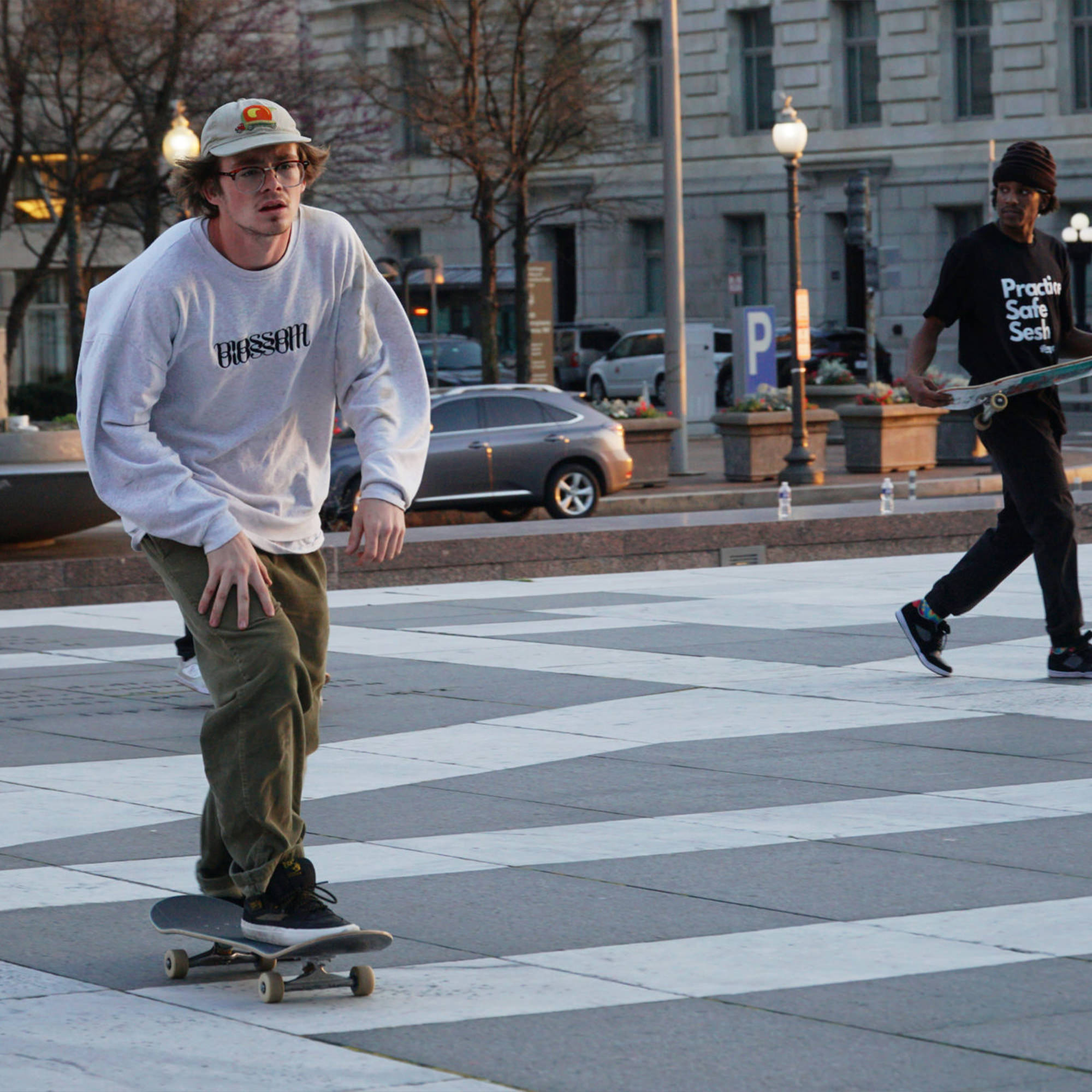