Skateboarders and their fans dropped into downtown Sioux Falls for the national skateboard festival Innoskate over the weekend.

Innoskate, created in 2013 by USA Skateboarding and the Smithsonian's Lemelson Center for the Study of Invention and Innovation, celebrates the intersection of invention and creativity in skate culture, according to the Smithsonian.

Crowd-goers were treated to panels during Saturday's activities on Native skateboarding culture on the Pine Ridge Reservation, what diversity and inclusion looks like in skateboarding and discussions about skateboarding in the Olympics. There were also trick competitions and skateboard workshops.

"Pine Ridge is literally the mecca of skateboarding," said Kyle Mesteth, 36, who founded the Ground Control Skate Park on the reservation. "You could just travel within an hour and hit four skate parks."

Mesteth spoke about how important skateboarding has become on the reservation and how he has watched it grow since he started skateboarding in the mid-1990s.

One of the first skateparks on the reservation, the Toby Eagle Bull Memorial Wounded Knee Skate Park, opened in 2011.

"We see a very bright future for our skaters because of the skate park," he said. "We see results because of it. We see these elite athletes that are produced by the skate park and our whole town has waken up to see what skateboarding is doing for us."

In another panel about diversity and inclusion in skateboarding, Tracie Garacochea said that she uses the skate park just a bit differently than other skateboarders because she's in a wheelchair.

"I've always felt welcome at skate parks, no matter what people are looking like, because the way I look at it, is we're all there for the same thing," she said. "I've had some of the most interesting conversations at a skate park about our differences and it's a fabulous place to learn."

Visitors to Innoskate could also go to innovation labs sponsored by the Lemelson Center as well as an "Art Alley" featuring local artists who were creating murals over the weekend. 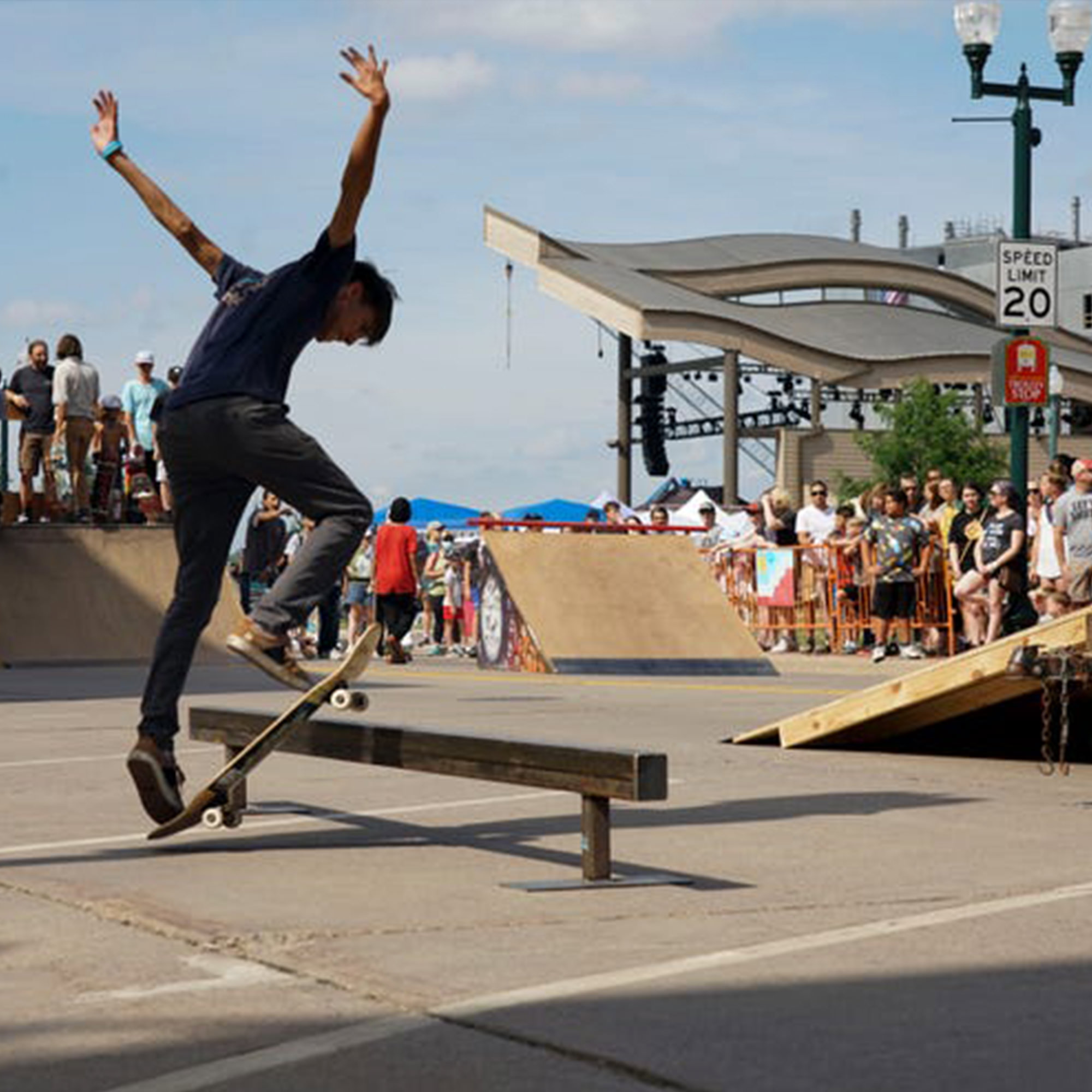