NEW DELHI -- Asha Gond, 22, fondly remembers the first time she skateboarded, six years ago in her home village of Janwaar, in the central Indian state of Madhya Pradesh. "I felt so free and liberated cruising down the streets on my board, the wind ripping through my hair. It was the best feeling ever!" says Gond, who took to the sport despite stiff parental resistance, rising to represent India in international championships.

"Upper- and lower-class kids in our village weren't allowed to play and mingle with each other earlier. Girls especially were discouraged from playing any sport. But the skateboarding culture has changed all this by disrupting caste and gender stereotypes," Gond adds.

Janwaar's social revolution began when German social activist Ulrike Reinhard arrived in the village and built Janwaar Castle, a 450-sq.-meter skate park, with the help of the state government in 2015. As word spread, hundreds of underprivileged young people thronged to the park from surrounding villages.

"It was a social experiment using sports as a catalyst for change. My vision was to empower poor children so the villagers' perspectives could change and the entire village could become a better place to live in, with a blurring of class barriers," says Reinhard, who also runs a nonprofit organization called Rural Changemakers.

The activist, who previously lived and worked in the U.S., says she wanted to offer rural Indian children something they had not experienced before and "inject some fun into their lives." Her inspiration, she adds, was Skateistan in Kabul, Afghanistan -- a nonprofit organization that uses skateboarding as a tool for social empowerment.

However, school attendance is compulsory for children who wish to enroll at Janwaar Castle. "We have a rule, 'No school, no skateboarding,'" says Gond, who mentors children at the camp when she is not participating in competitions.

"I was advised to hand out skateboards to only those kids who had a regular attendance at school. A lot of the upper-class boys disliked this rule, but I enforced it, nevertheless. As a result school attendance has surged remarkably," she says. "Even kids who earlier hated books show up at the school daily. They learn English, how to paint, learn life skills, music and dance."

The park attracts 50 to 60 children every day. While waiting to skateboard they learn English. Reinhard works with local government schools to provide children with computers and tablets for their classes as well as secondhand skateboards, helmets and safety pads.

"The skate park acts as a magnet for local kids from different castes. This is nothing short of revolutionary in a country like India, where the poor are defined by the caste they belong to," says a Janwaar Castle volunteer. "Earlier, there was a lot of violence among people from different castes, but over the years such episodes have declined."

To give talented skateboarders overseas exposure, Reinhard has also taken some of them to Europe. "The interaction with international skateboarders and Changemakers has helped us to become leaders and mentors to other children in our villages," says Arun Gond, who has been on several overseas trips. "We have to take a pledge when we join the park that we will help others once we become proficient skateboarders."

Amid growing interest, skateboarding is becoming a subculture across India. The country currently now boasts 15 skate parks in various towns and villages, all with their own bowls and ramps, and Reinhard is currently building a park in the politically troubled city of Srinagar, capital of the central-government-administered territory of Jammu and Kashmir.

The first Indian skate park was Sk8 in Mapusa, a town in the western state of Goa, which was set up in 2003 by Nick Smith from Brighton, U.K. In 2007, Smith joined the Bengaluru-based Holystoked Collective -- an independent organization that is helping to create a national community of skaters and build skate parks around the country.

In 2017, Impresario Entertainment and Hospitality, a restaurant chain, tied up with the Red Bull energy drink company and brought in Smith to build a skateboarding park in Mumbai, India's financial capital. "Sports acts as a social glue because girls and boys from different castes and communities skate together. This blurs boundaries between genders and castes [which is] foundational to building an inclusive community," says Riyaaz Amlani, Impresario's managing director.

Volunteers say that many skateboarders are looked down upon because of their poverty. Mumbai-based Shubham Deshmukh, 19, whose mother works as a maid, says his family disapproves of his passion for skateboarding. "My mom keeps telling me it is 'dangerous and not worth the risk; better to study instead.' But I'm determined to make a career as a skater," Deshmukh says.

India's first professional skateboarder, Bengaluru-based Atita Verghese, dropped out of school in 2012 to pursue skateboarding after receiving a secondhand skateboard from Holystoked. Verghese, the founder of Girl Skate India, a platform that connects female skateboarders, says she wants to see girls use the sport for social and workplace enhancement.

"The culture of skateboarding has made a massive cultural impact across India. Many poor kids have found a place to call their own, where they are celebrated for who they are. This gives them a sense of ownership and belonging, motivating them to do better in life," Verghese says.

Activists say that such affirmative initiatives are vital to counter India's traditional discrimination against the poor, especially women. India ranked 140th among 156 countries in the World Economic Forum's Global Gender Gap Report 2021, the third-worst performance in South Asia. Boys outnumber girls at birth because of widely prevalent gender-selection practices such as abortion of female fetuses and killing of baby girls, the WEF report said, adding that more than one in four Indian women has faced sexually intimate violence.

Given this skewed gender balance, when girls like Asha Gond and Verghese step on their skateboards, they are delivering a blow to India's centuries-old patriarchal social system and still-entrenched caste system. "But more than anything, it is also fun," says Asha Gond. "Even though my mom wasn't delighted about me skateboarding earlier, she's happy seeing my success. So much so that she too has learnt skateboarding now!" 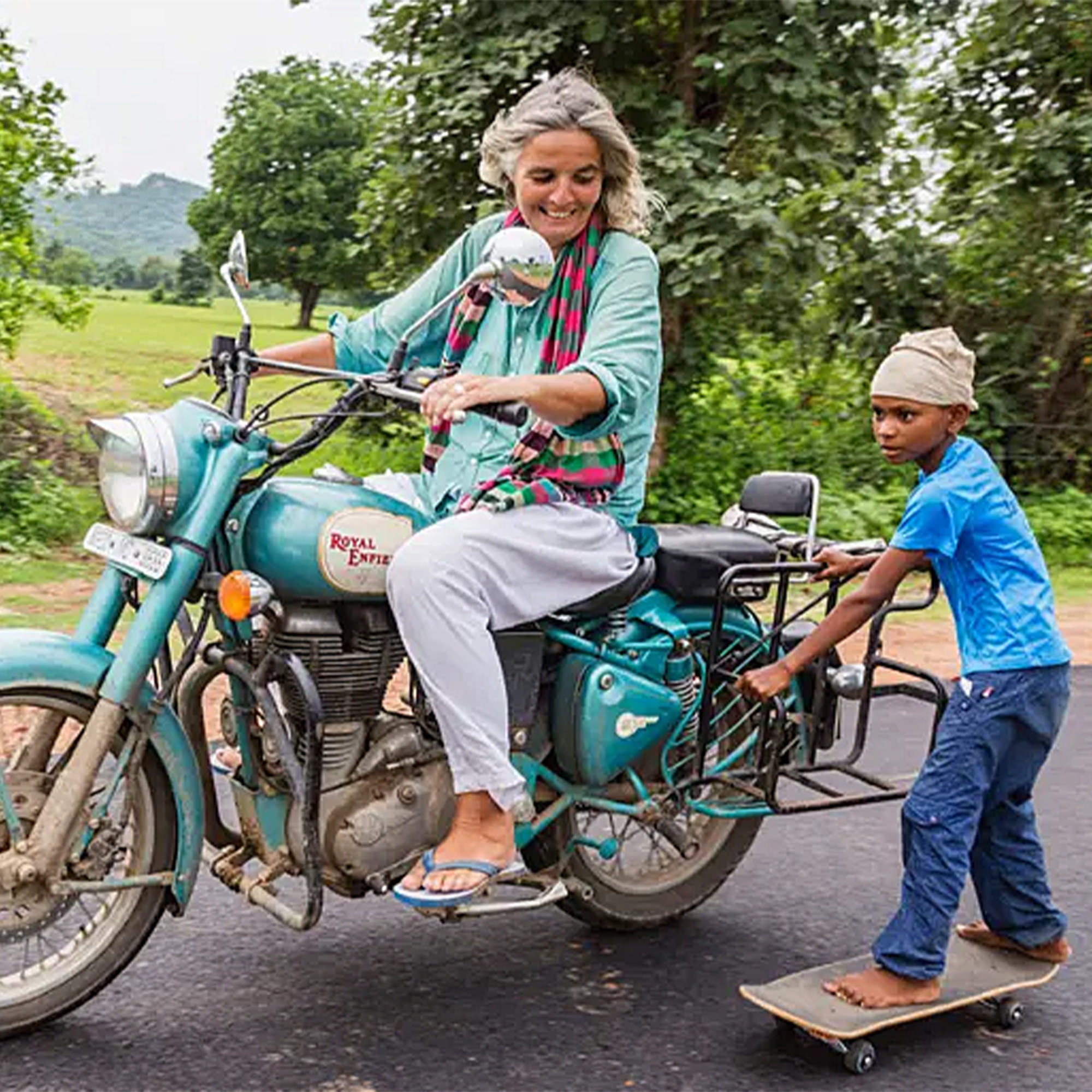