Documentary series Post Radical explores the subcultures of skateboarding, showcasing the sportĺs global appeal and the profound, all-consuming effect it has on the lives of devotees. But as host and professional skateboarder Rick McCrank reveals, skating is no longer merely the realm of misfits and guys who wear needlessly oversized pants. Having spread from its roots as a small counter-culture activity, skateboarding has now permeated society, leaving a surprisingly large footprint on global pop culture.

Initially considered an anarchic form of self-expression practiced by a small band of outcasts, skateboarding exploded on the west coast of America in the late 70s and 80s coinciding with the emergence of US punk rock. With a similar anti-establishment ideology, and California providing a breeding ground for both skating and punk music, the genre of skate punk was born, influencing prominent bands such as Black Flag and NOFX.

As skating became more accepted by the mainstream, the music became more inclusive, expanding to the commercially friendly sounds of bands such as Blink 182 and The Offspring throughout the 80s and 90s. With the line between skate punk and pop now thoroughly blurred, the sounds of Good Charlotte and even Avril Lavigne ensure skatingĺs musical influence continues whether the originators of skate punk would enjoy this comparison or not.

From the functionality-based early days of tight shorts, T-shirts and tube socks in the late 70s and 80s, skate fashion has evolved into a massive commercial enterprise. As skatingĺs popularity increased and skate videos became more widely viewed, opportunities arose for companies to appeal to the lucrative youth market, leading to clothing sponsorships for well-known skaters and events such as the VANS sponsored Warped Tour music festival.

Despite the success of these brands and their role in promoting skate-wear, the appropriation has been unappreciated by some. As professional skater John Rattray has said, ôThere's a lot of cultural heritage surrounding skateboarding with those old graphicsů If skating has given you some respite from a shi**y life, then there's a lot of emotional connection to that stuff that can be taken for granted or overlooked by people who don't skate.ö

More bluntly, editor of Thrasher magazine Jake Phelps famously lashed out at both Justin Bieber and Rihanna for wearing Thrasher branded clothing, saying ôWe donĺt send boxes to Justin Bieber or Rihanna or those f**king clowns. The pavement is where the real s**t is.ö

Phelps later clarified his comments suggesting celebrities who wear the brand donĺt know what it is, only wearing the clothes because they are stylish. Despite Phelpsĺ reservations, it is clear the adoption of skate fashion is now overwhelmingly widespread, with skater influenced clothing worn by a huge variety of people and occasionally even a few who skate while wearing them.

From Bart Simpson and The Teenage Mutant Ninja Turtles to serious documentaries such as Dogtown and Z-Boys (and its biopic counterpart, Lords of Dogtown), skating has long been a common subject in movies and TV. The infamous Jackass crew also largely emerged from the skating scene, with their anti-authoritarian sentiment and Ĺanything goesĺ attitude proving appealing to mainstream audiences regardless of their interest level in skating.

Skatingĺs usage in videogames similarly extends far beyond an appeal to skating enthusiasts. Tony Hawkĺs game series remains one of the most successful in videogame history despite the majority of players unlikely to have ever picked up an actual board.

Unusual though it may seem, skatingĺs influence on pop culture appears to have little to do with skating itself. Rather, it is the attitude and lifestyle that appeals to the masses, with people relating and aspiring to the idea of spending life doing what you love without apology. In short, people having fun is a universal language.

In Post Radical, Rick McCrank travels the world meeting skaters from the US, Europe and even Ethiopia. Regardless of background, the skaters share a similar ethos of fun, highlighting the bond skaters share, as well skatingĺs massive diversity of fans. (That being said, itĺs still mostly dudes who skate.)

Now so mainstream it is due to be an Olympic sport in 2020, skating has changed immensely since it was the territory of outsiders. Yet despite continued growth, it remains comparatively unpopular in terms of active participation, making its impact on pop culture all the more noteworthy.

Having now permeated the world of music, clothing, videogames, film and most other forms of mainstream media, whether you enjoy skating or not, your lifestyle is almost certain to have been influenced by the unlikely band of original outcasts. Particularly if you say ôgnarlyö a lot. 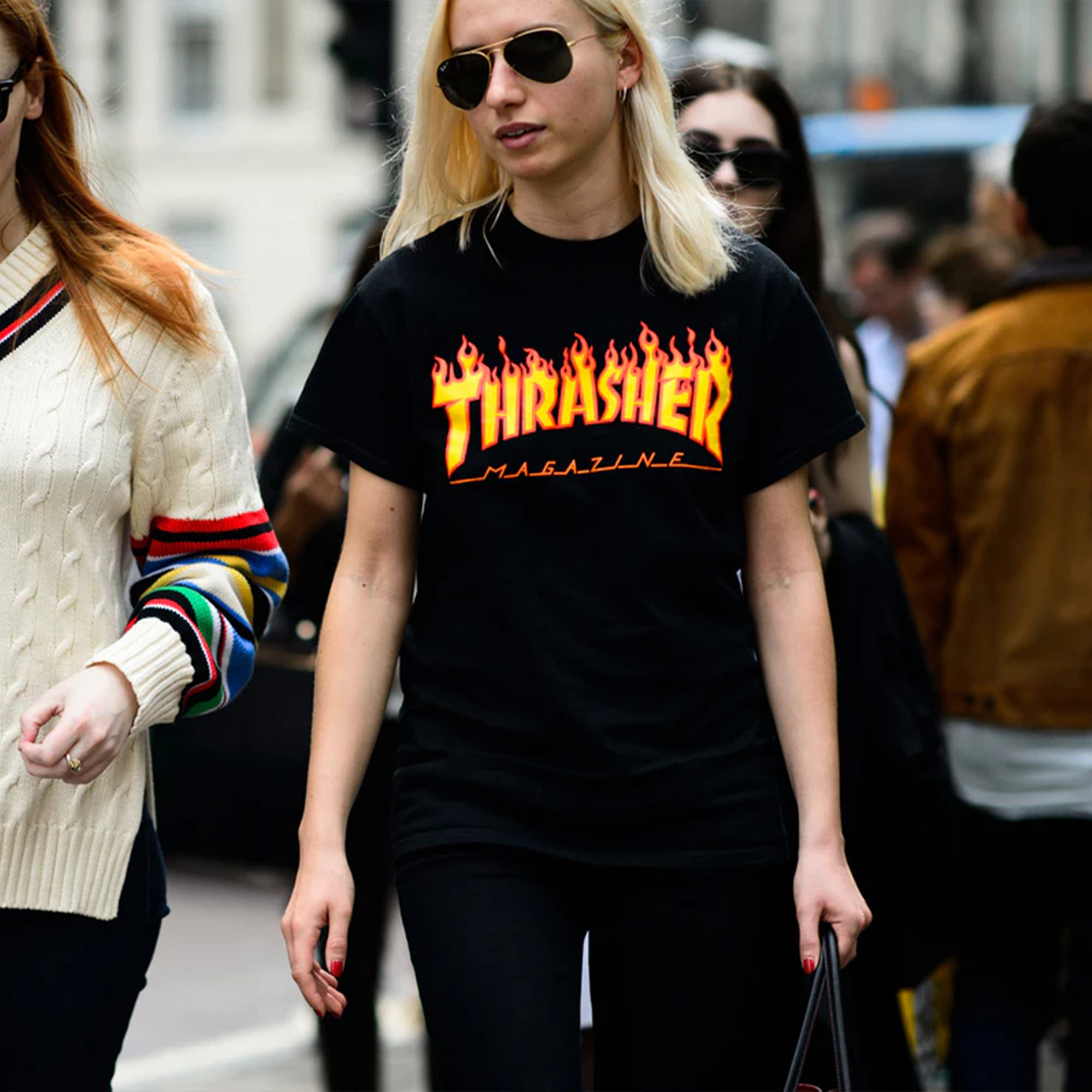